A Visit To Stadler Siedlce (1) 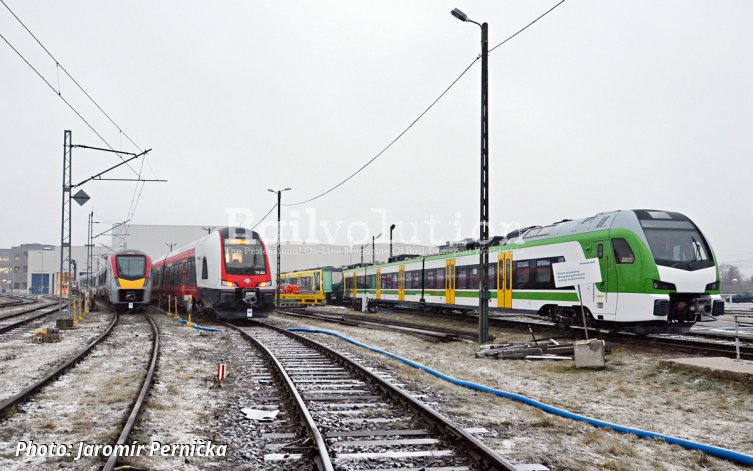 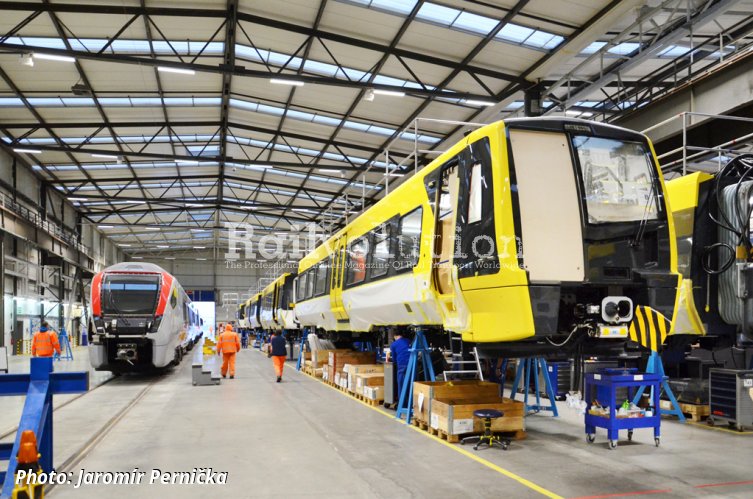 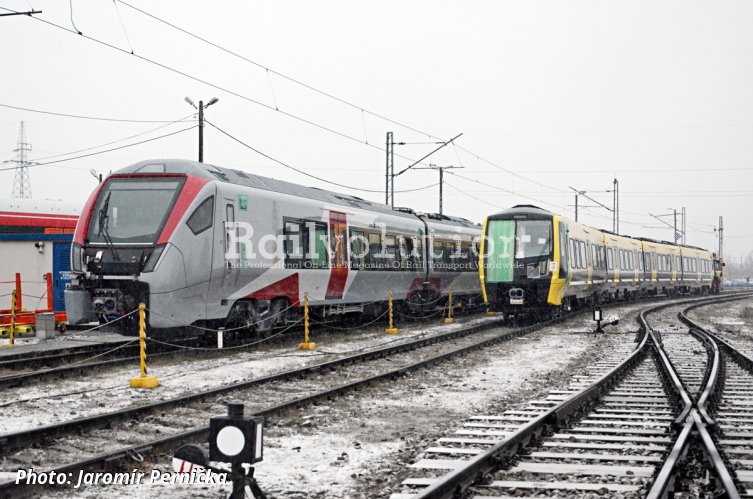 FLIRT UK 755 403 is one of the 24 Class 755/4 four-car EDMUs (Electro-Diesel Multiple Units) on order for use on lines in East Anglia. In fact, it is the last FLIRT UK  of the batch to be delivered, because it was one of the three pre-series trains built for type testing. Following the latter it was finished completely in January 2020 and the sent to Great Britain.

The Greater Anglia franchisee is part of the Abellio Group, and as part of its franchise commitment ordered 58 FLIRT UK trains worth over 600 million GBP in October 2016, this being Stadler’s first contract for main line local and intercity trains in Britain. The entire order involves the construction of:
- 24 Class 755/4 four-car and 14 Class 755/3 three-car EDMUs (each with a Power module situated in the centre of the train),
- ten 12-car Class 745/0 EMUs and ten 12-car Class 745/1 EMUs.

Although, given the wide variety of EMU permutations now emerging from various manufacturers, we designate the Class 755s, and other similar trains, EDMUs, Stadler and some other manufacturers prefer BMU (Bi-modal Multiple Unit), though the use of „B“ could cause confusion nowadays with „Battery“. Stadler refers to the Class 755/3s as BMU3s and Class 755/4s as BMU4s.

Finance for all these new trains is being provided by Rock Rail East Anglia, a joint venture between Rock Rail, Aberdeen Standard Investments and GLIL Infrastructure. All these new trains were scheduled to enter service in 2019 and 2020. Greater Anglia is investing around 1.5 billion GBP in new trains to replace absolutely everything in service at present in East Anglia.

The first three Class 755 EDMUs, 401 to 403, were built and assembled at Bussnang factory, which is where assembly of the Class 745 EMUs also takes place at present. The bodyshells for the remaining Class 755s and also for about half of the 745s were produced at the Stadler’s Szolnok works. The Class 755 bodyshells were then sent to the Siedlce works for final assembly and commissioning.

Following a series of mileage accumulation runs, which began on 15 April 2019, between Norwich and Ipswich, on 30 May the Office of Rail and Road (ORR) granted the 24 four-car Class 755/4s Authorisation for Placing in Service, these being the first members of the FLIRT UK family to receive such authorisation in Britain. It was remarked that the procedures for gaining approval were very speedy, thanks to co-operation between the pertinent railway authorities, Stadler, Greater Anglia and the titular owner of the trains, Rock Rail.

The reason for delay was, according to Stadler: „The Greater Anglia order presents Stadler with specific challenges in several respects: firstly, the camera system of a British supplier, which had been taken into consideration at the request of the customer, did not meet expectations in terms of performance and stability. Secondly, the infrastructure in this region is partly dated, which led to disruptions during the introduction of the FLIRT UK trains. However, approval for both the FLIRT UK EDMU and EMU was achieved in a record time.“

All Class 755 EDMUs and 745 EMUs are serviced and maintained by Stadler at Crown Point depot in Norwich.

The design of all Greater Anglia’s FLIRT UK trains s is based on the standard European types, modified accordingly to the operator’s specific requirements, those of the DfT, and for the restricted loading gauge on the British network. Both the Class 755/3s and 755/4s are designed for 25 kV 50 Hz and diesel operation, at a top speed of 160 km/h. They are articulated trains, the articulations being mounted on Jakobs bogies. Schaku front end couplings are fitted. Both classes, when using electric power, have a maximum power rating at wheel rim of 2,600 kW. The carriages with passenger accommodation are 2,720 mm wide, while the Power modules are 6,690 mm long and 2,822 mm wide.

Each Power module, running on the non-powered Jacobs bogies, houses diesel engines with traction generators, with the result that when these are running they can scarcely be heard in the passenger cars, and transmit no vibrations. The modules have a central corridor, enabling passengers to access the full length of the train. Both the three- and four-car formations are provided with 480 kW Deutz 16-litre V8 Euro IIIB engines. The four-car Class 755/4 has four such engines offering a power rating of 1,920 kW. The three-car Class 755/3 has two of these engines, offering a power rating of 960 kW.

Both of the end cars have electrical equipment cabinets on either side of the central corridor accessing the driver’s cab, this being the standard FLIRT EMU configuration. The pantographs are positioned at the outer ends of the two intermediate trailers on the Class 755/4, and at one end of the intermediate trailer of a Class 755/3. An option exists for extending the Class 755/3s from three to four cars. Should the East Anglian network ever see further electrification projects, the concept of a FLIRT EDMU family would make possible to remove the Power modules altogether, thus creating straightforward EMUs. The trains are prepared for retro-fitting of on-board ETCS, in readiness for the major Digital Railway programme involving installation of wayside ETCS over the whole British network.