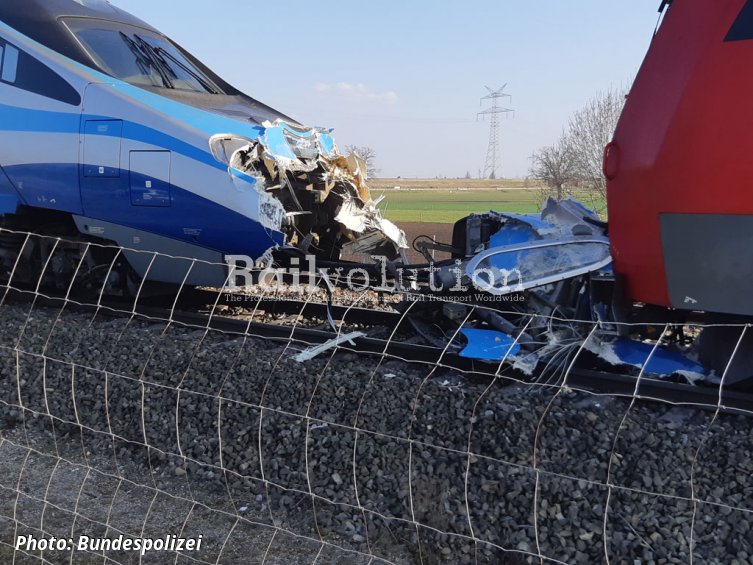 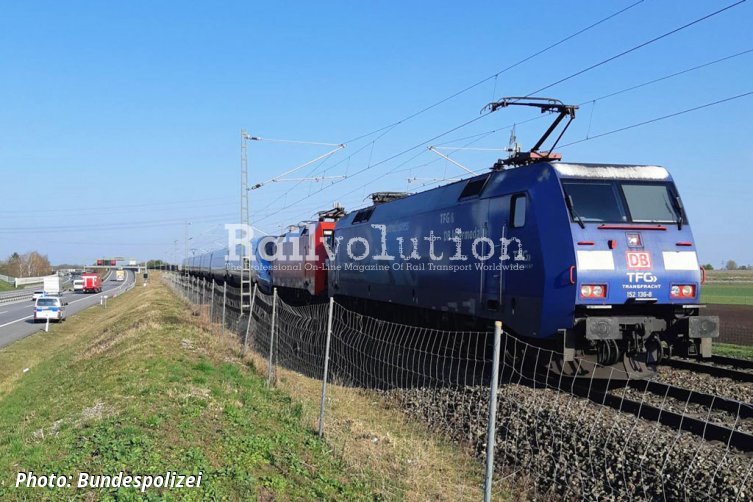 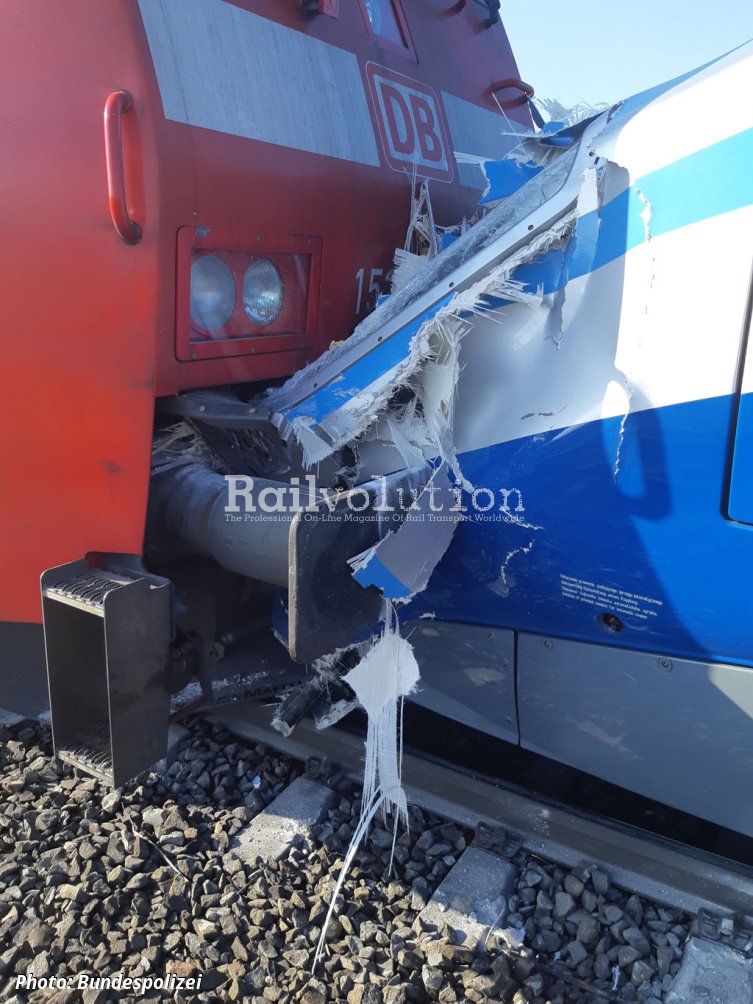 The Class ED250 EMUs is now in Germany (again) to perform the type approval tests required for authorisation by EBA, which must be completed by Alstom according to the PKP IC contract. Alstom states that the PKP IC Pendolino was moved to Germany on account the change of the regulation relevant to the axle counter, so part of the testing done in 2017 (and passed) in Germany is no longer valid. EBA has requested to repeat this test related only to the axle counter. The additional test was requested by the assessor only in mid-February 2020, thence ED250-001 arrived in Germany in early April.

A test train consisting of two DB Cargo’s Class 152 locomotives and the seven-car ED250-001 departed on 8 April 2020 from the München-Nord marshalling yard towards Olching. The connection between locomotives and Pendolino was made using a manually fitted rod with an automatic Scharfenberg coupling adapter. In addition, a pneumatic pipe was installed to connect the brake circuits of the vehicles concerned.

On the basis of the investigations carried out so far, the Federal Police reported the following on the course of the accident: „During the test run, the train stopped at km 10.6. When it then started to accelerate, the bolt of the connecting rod broke at a speed of about 30 km/h and the Pendolino was uncoupled. The air pipe between the second locomotive and Pendolino was also broken and the emergency brake was initiated. However, because the locomotives had a shorter braking distance than Pendolino, the EMU crashed into a second locomotive after about 45 m of run, lifting the end of the locomotive and derailing its rear bogie. The first locomotive remained on the track and did not derail. Then all three vehicles stopped. At the time of the accident, five DB employees were present in the entire train, one of which was taken to a hospital with suspicion of concussion. Evidence was secured at the scene of the accident and the police, together with experts, initiated an investigation into the cause of the accident.“

We asked Alstom:
- When an accident near München occurred on 8 April, does it mean that not all the tests on axle counters were realised? Will Alstom (PKP IC) send other Pendolino to Germany?
- Does Alstom expect that the Class ED250 will be awarded an EBA authorisation for DB Netz network in 2020?
- According to the 2011 contract the Class ED250 is to be authorised also for use on the ÖBB and SŽDC (since 1 January 2020 Správa železnic) networks. When Alstom expects to have these complete?
Alstom answered us only: „We cannot say when the Class ED250 will be accepted by EBA. Regarding the other countries, it will be discussed with the local teams. Alstom is ensuring full cooperation with the relevant authorities in Germany. As the investigation is ongoing, we have no further comment at this stage.“

To remember, on 30 May 2011 PKP Intercity awarded Alstom a 665 million EUR contract for twenty 250 km/h non-tilting New Pendolino EMUs. The contract value included 17 years of full maintenance, and the construction of a new 12,000 m2 depot and maintenance base in Warszawa, involved initially in commissioning, then in warranty servicing and later in full maintenance. The establishment is referred to in Polish as the Warsztat Utrzymania Technicznego, or WUT. The seven-car 402-seat trains, whose deliveries started in 2014, were built at Savigliano works. The project also involved the Alstom factory in Chorzów (near Katowice) in southern Poland, this being in charge of design, and construction of a new depot.

PKP IC’s Pendolino is designated Class ED250 in the Polish old system, „E“ standing for „Elektryczny“ and „D“ for „Dalekobiezny“ - hence „Electric, long distance 250 km/h EMU“. The new EVN (European Vehicle Number) - TSI designation is 2 370, the individual numbers indicating that this is a multiple unit, of multiple voltage, with a power rating in excess of 5 MW. The individual cars of the first train in the batch are numbered from 2 370 001 to 2 370 007.

The Class ED250s are triple voltage (3 kV DC, 15 kV 16.7 Hz and 25 kV 50 Hz AC) EMUs. Although referred to as Pendolinos, they are not equipped with tilting systems, and their design does not allow for the possible future installation of tilting mechanisms. PKP IC reckoned that tilting would not be necessary on the routes on which they are to be mainly deployed. It was concluded that the extra investment in tilting mechanisms would not be worthwhile - the time savings accrued would be insignificant. Should the trains be used on international services to neighbouring countries, they will probably be used mainly on upgraded routes, and on these tilting will not be necessary. The „Pendolinos“ are fitted with ETCS on-board equipment, which includes the STM modules for SHP (the Polish ATP), MIREL and LZB/PZB ATP systems, so that they can eventually be used on a whole range of international services.