A Visit To Stadler Siedlce (6) 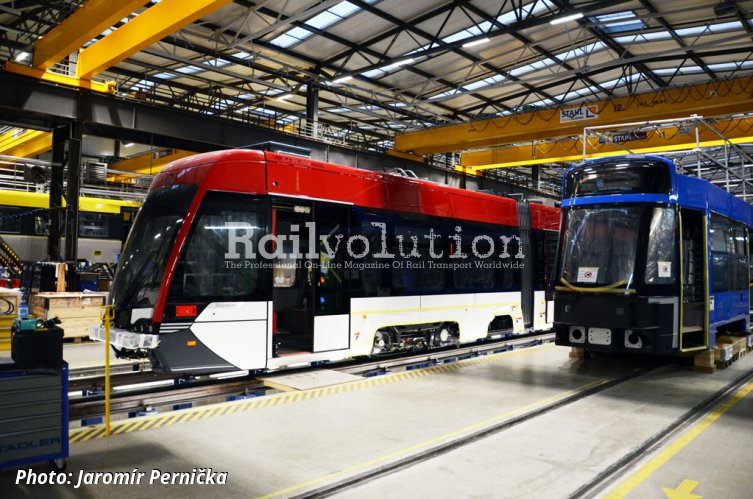 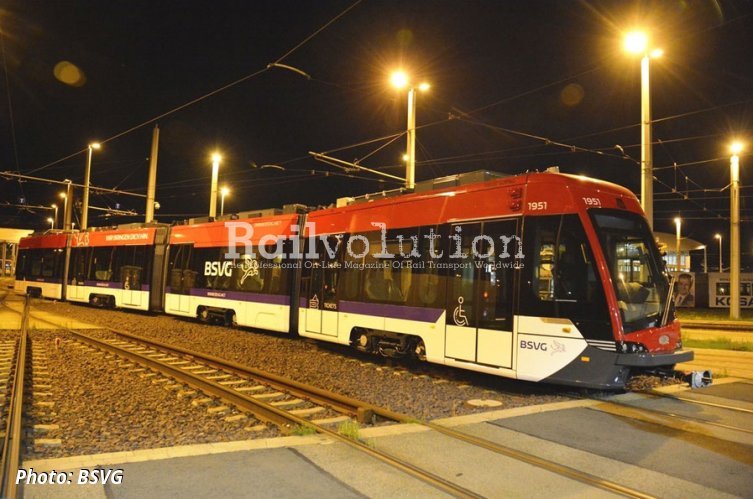 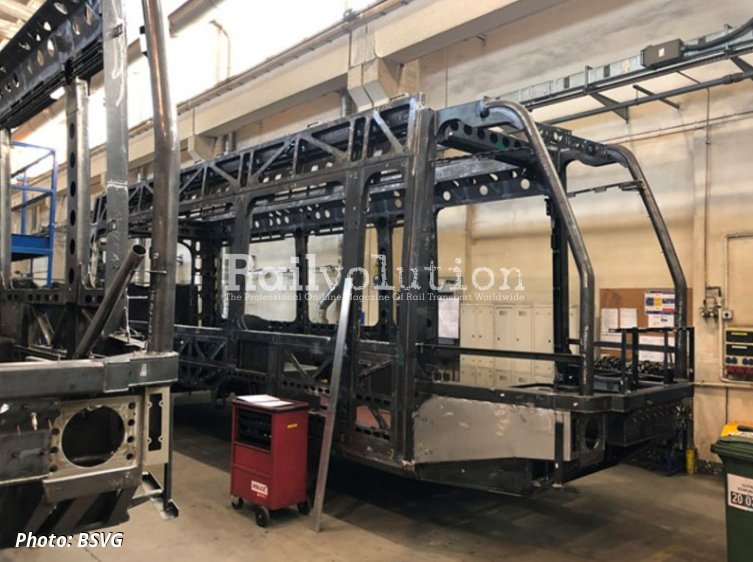 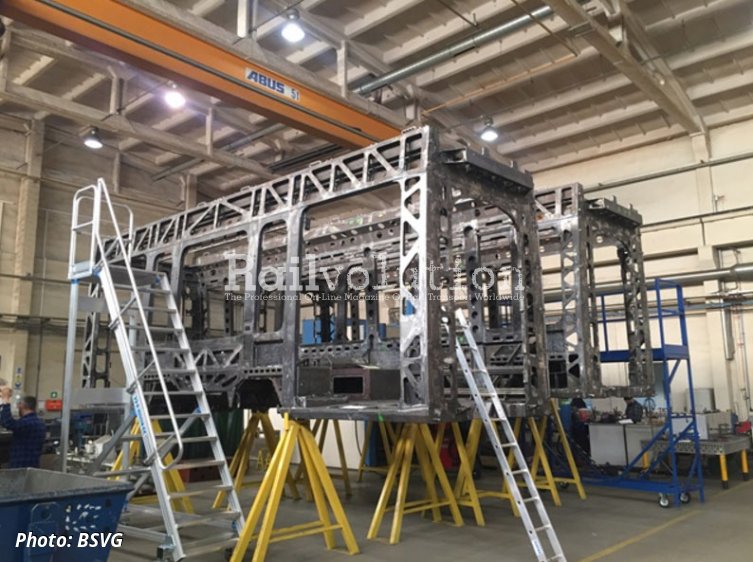 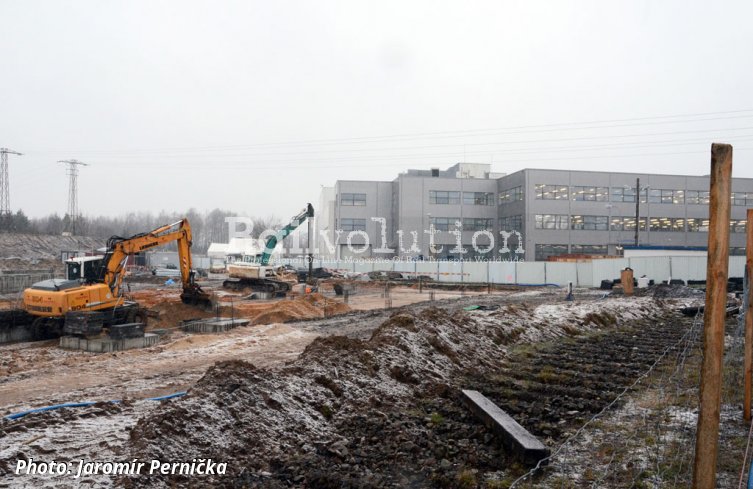 In June 2017 BSVG has ordered seven Type GT8 four-car Traminos with the option for seven more. It was the very first order of Solaris Tram - a joint venture of Stadler and Solaris Bus & Coach, which started operations in April 2017. The new batch expands the BSVG fleet, which included 18 Traminos numbered 1451 to 1468 and was supplied by Solaris in 2014 - 2015 following a contract signed in 2012 (the traction equipment was supplied by Vossloh Kiepe).

The 1,100 mm gauge 600 V DC unidirectional Tramino II vehicles are 35,740 mm long, 2,300 mm wide and 3,570 mm high above rail top (pantograph lowered). They have a (1A)'+(Bo)'+(1A)'+(A1)' axle arrangement, a 70 km/h maximum speed and 450 kW power, and are fitted with supercapacitators for storage of a recuperated energy to be used for the tram acceleration. Kiepe Electric delivered the traction equipment, and Traktionssysteme Austria the air-cooled asynchronous traction motors. The bogies have a 1,850 mm wheelbase, the wheels have a 662 mm diameter when new and 580 mm when worn. The minimum curve radius negotiable is 20 m.

The 100 % low-floor air-conditioned Traminos offer 79 seats and a space for up to 125 standees, and they feature two wheelchair spaces instead of one in the first batch. The floor height is 360 mm above rail top, with 320 mm above rail top at entrances. The are six double-leaf entrance doors, each being 1,300 mm wide. The trams have an empty weight of 50.8 t and a total weight of 72.9 t.

Work on the first Tramino II began in October 2018, using the bodyshells built at the Solaris Tram plant in Środa Wielkopolska (south-east of Poznań). The first tram, numbered 1951, arrived in Braunschweig on 22 August 2019. However, so far still only this first vehicle is with the operator, because the subsequent deliveries were stopped on account of the situation with coronavirus, since BSVG could no longer send its technicians to Siedlce for vehicle’s takeover. The contract is worth around 18.9 million EUR. LNVG (Landesnahverkehrsgesellschaft Niedersachsen mbH, the Niedersachsen Land transport agency), is funding half of the sum.

In December 2019 the work for expansion of Stadler Siedlce assembly plant started. This includes a new assembly hall with an area of 6,300 m², which will complement the existing shop with the 20,750 m² assembly area. The photo shows the building site behind the existing main hall, where so far the test tracks were laid. This expansion is necessary in the context of Stadler Rail Group’s increasing production volumes. In 2019 the company has sold more trains than ever before: a total of 444 trains and locomotives were delivered, this representing an increase of around 80 % compared to the previous year.

Incoming orders for 2019 amounted to 5.1 billion CHF and were over 700 million CHF higher than in 2018. Consequently, the order backlog also rose to a record 15 billion CHF. In order to ensure that the vehicles ordered last year can be delivered to the usual high standard of quality, capacity needs to be expanded at several locations and the provision of more specially trained staff ensured. In 2019, Stadler’s headcount rose by 2,044 employees across the group, which represents an increase of around 23 %, achieving over 10,900 employees in total. Switzerland continues to be the largest division in the group with over 3,900 employees. Further capacity and staff expansion is taking place, in addition to Switzerland particularly in Germany, Spain and Belarus.