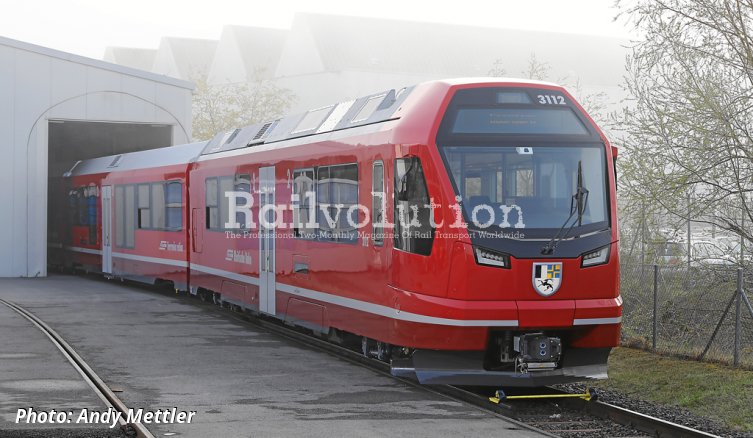 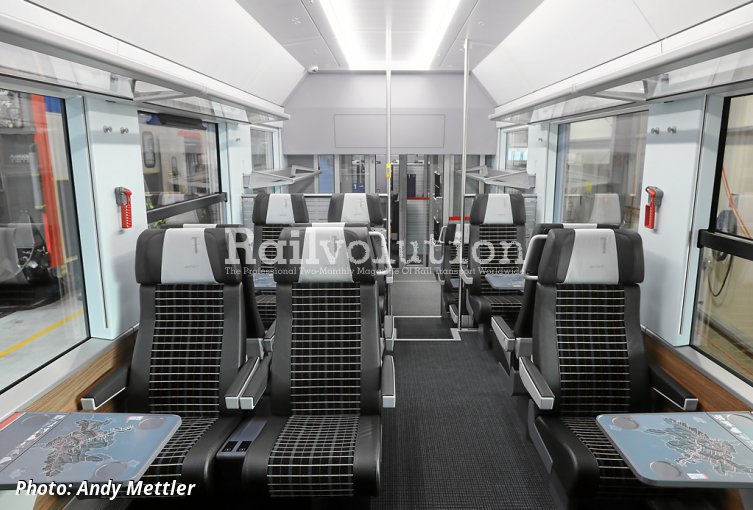 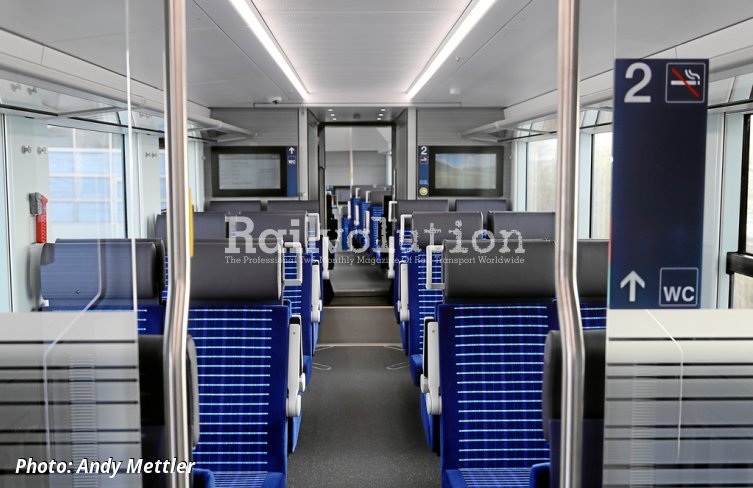 Rhätische Bahn and Stadler today celebrated in Altenrhein the roll-out of the new Capricorn EMU for Switzerland’s largest canton. These 120 km/h four-car trains can be operated in multiple, this never being possible before in Graubünden. This will allow the half-hourly cycle on single-track routes to be completed without costly line extensions. Stadler is building a total of 36 four-car trains for the RhB, an order worth 361 million CHF placed at the end of June 2016. It is the largest purchase of new rolling stock in the RhB history.

RhB plans to deploy the first new four-car trains on the Landquart -Davos - Filisur line from late autumn 2019. It is expected that 2021 will see the launch of the Capricorn units on the Landquart - Klosters - Davos/St. Moritz route. The trains will also be used in the Surselva and Unterengadin areas.