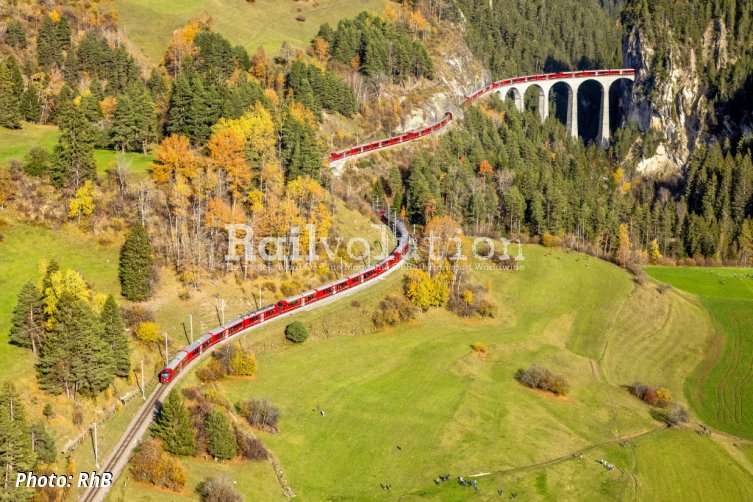 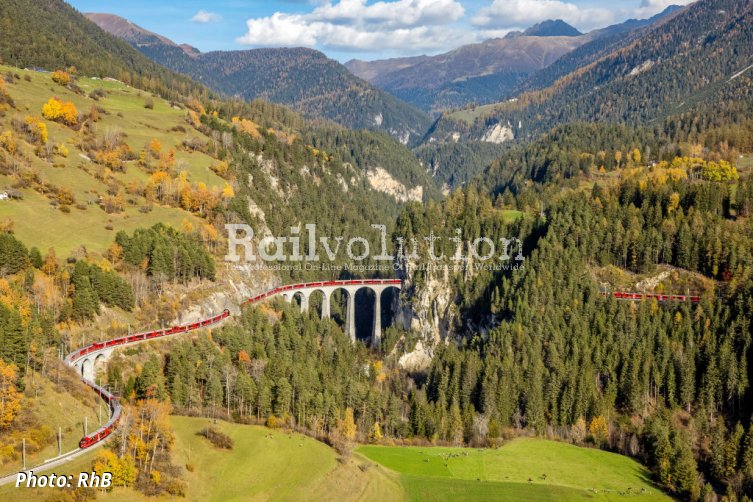 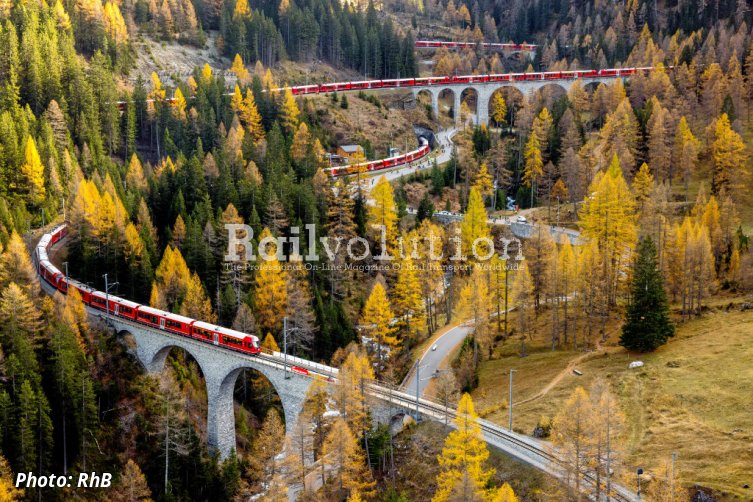 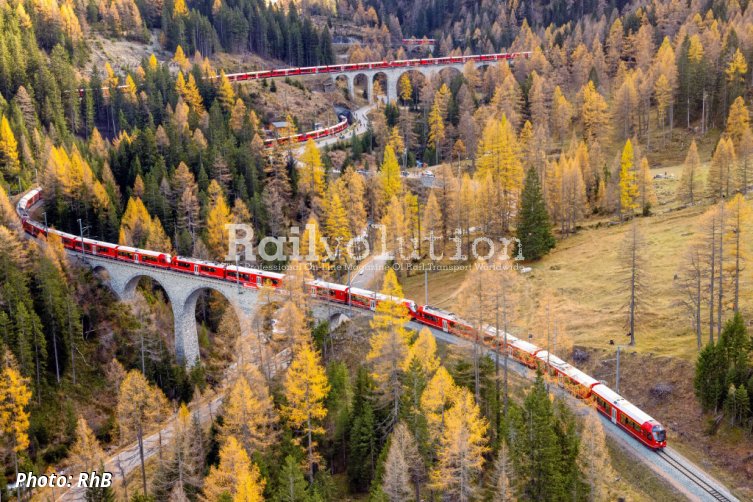 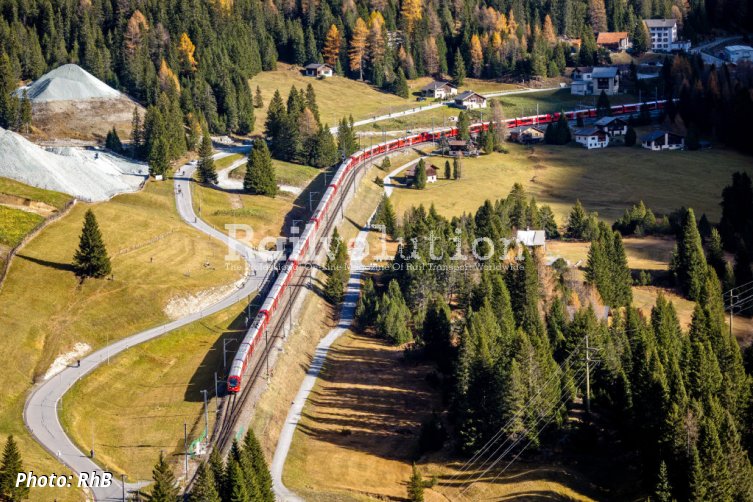 Rhätische Bahn ran the world's longest passenger train on the UNESCO World Heritage route from the Albula Tunnel in Preda to the world-famous Landwasser Viaduct on 29 October 2022 Saturday afternoon. Several thousand guests and railway fans visited the public event in Bergün or positioned themselves along the line to witness this unique journey. From Sunday, 30 October 2022, the normal timetable will apply again.

With 25 four-car Stadler-built Capricorn EMUs, the RhB drove over the Albula line. The 1,906-metre-long record train was lined up like a string of pearls in the Albula tunnel during the night and on Saturday morning. It then set off from Preda at 14.20 h. Shortly after 15.30 h, the record-breaking train had reached its destination: the spectacular crossing of the Landwasser Viaduct.

Renato Fasciati, RhB Director, shortly after the world record was completed, said: „After intensive preparation, we are overjoyed that we have succeeded in setting this world record. Not only did we have a wonderful railway festival here in Bergün, but thanks to committed partners and sponsors as well as an incredibly dedicated team, we were able to present ourselves worldwide as a fascinating and innovative mountain railway with this record-breaking journey.“ The success was officially confirmed on site by GUINNESS WORLD RECORDS. The entry reads: „longest narrow gauge passenger train“. Capricorn is the Rhaeto-Romanic term for ibex.

On 29 October 2022, a special timetable was in force on the RhB's Albula line. At the same time, the Albula Pass road was closed to road traffic between Filisur and La Punt from 6 to  22 h. From Sunday, 30 October 2022, the normal timetable will apply again.

Facts And Figures On The World Record Run:

The world record route from Preda to Alvaneu is 24,930 m long. In the run, 789.4 m in altitude (Preda = 1,788.7 m above sea level; Alvaneu = 999.3 m above sea level) were covered. The world record journey led over 48 bridges and through 22 tunnels. The largest viaduct on the record route is the world-famous Landwasser viaduct shortly after Filisur, with a length of 142 m and a height of 65 m. The longest tunnel on the route was the Greifenstein Tunnel just before Filisur with 698 m.

The world record train travelled at 30 to 35 km/h, the journey took about an hour. The run generated 4,000 kWh of braking energy from recuperation, the weight of the record-breaking train was around 2,990 t. Communication within the train was ensured by means of an almost 2-kilometre-long field telephone from the Civil Defence. In addition, seven drivers and 21 technicians were on board.