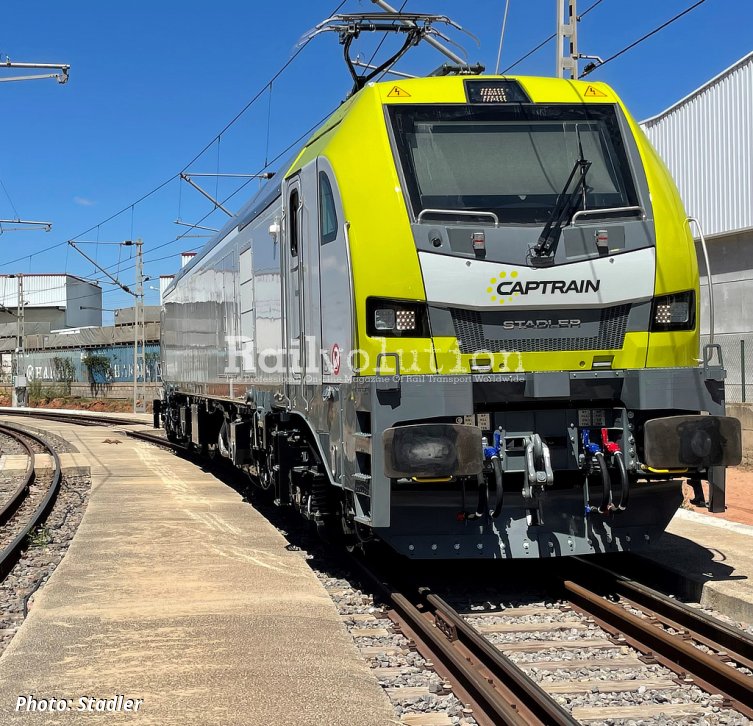 In 2017 CAPTRAIN España invited tenders for a batch of 1,668 mm gauge 25 kV AC and 3 kV DC locomotives fitted with ASFA Digital and ETCS Level 2, capable of hauling 750 m long freights on gradients as steep as 20 ‰ (trailing load up to 1,800 t), and thus suitable for use in both Spain and Portugal. Simultaneously, a tender was also issued for a batch of 1,435 mm gauge locomotives, for international operations between Spain, France and Luxembourg.

The next stage came in July 2020 when CAPTRAIN España and Alpha Trains signed a framework agreement for the lease of up to 21 EURO6000 Co'Co' electrics.  An initial order for the lease of 11 was placed, five of 1,435 mm and six are 1,668 mm gauge, subsequently modified, with eight 1,435 mm gauge locomotives ordered. Deliveries from Albuixech were then expected to start during the second half of 2021. Authorisation testing of the first of the batch to be completed started in March 2021. These are the first pure electric members of the EURO family to be built by Stadler València's works.

Once electrification (at 25 kV AC) of the line from Salamanca to VIla Formoso is completed, these will be the first electrics able to provide through haulage between Spain and Portugal, though it is reckoned that from early 2023 they could also appear on freights using the new base tunnel under the Cordillera Cantábrica between Oviedo and León.

CAPTRAIN España (formerly, until September 2018, Comsa Rail Transport) has been active on railfreight transport between Spain and Portugal since 2008. In 2021 3 million trainkm were operated and 3 billion tonnekm moved, an increase of 25 % on 2020 and of 15 % on 2019.