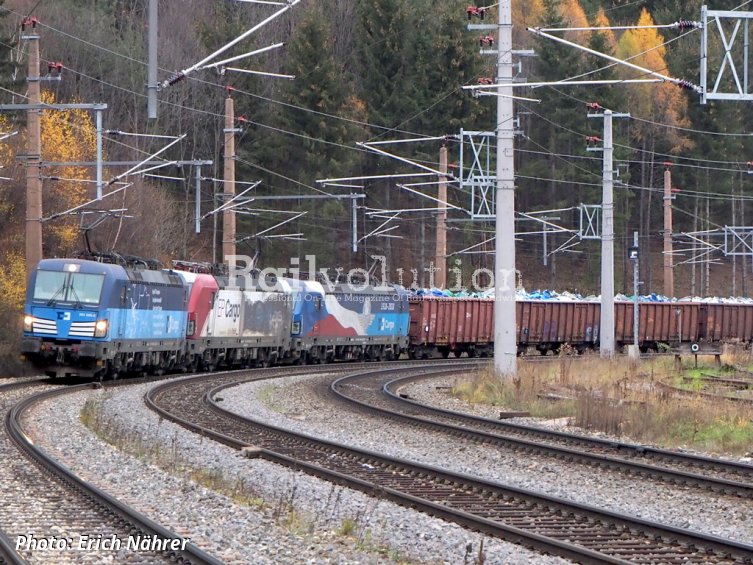 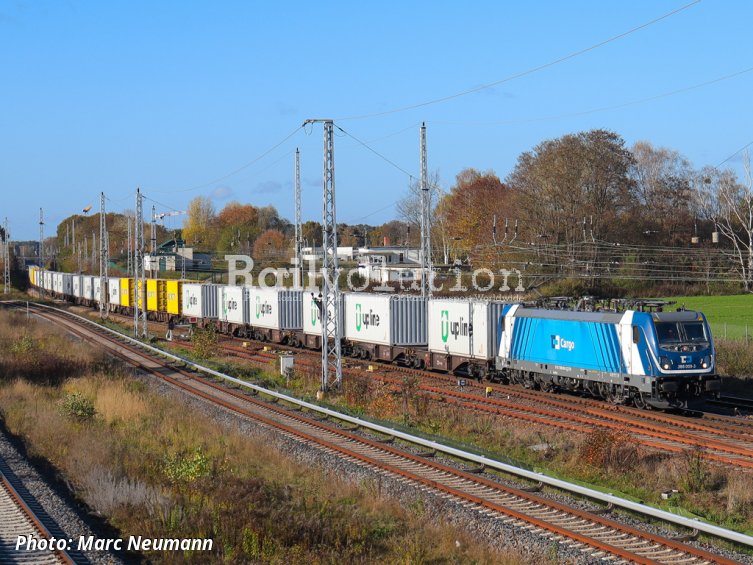 In late November 2022, the first such train left Maťovce, where the big bags were relaoded from broad-gauge wagons in standard open Class Eas wagons, with Portogruaro, Italy, being the destination. For the continuation of these transports, the loading limits of the bags, which can hold up to 14 tonnes of goods, will be addressed. At the highest possible load, there is already a risk of having to be negotiated as an oversize shipment in Italy, whose infrastructure has more restrictive loading gauge, than that in other countries en route.

Furthermore this issue is not helped by slow and unclear communication with the Italian stakeholders involved. Negotiating the provision of rolling stock and infrastructure capacity on the route via Austria to Italy, and for the border crossing to Tarvisio Boscoverde station, is also rather lengthy procedure. On account of all these circumstances, the train actually waited a few weeks for its departure.

On the route from Batevo to Italy, ČDCL is also providing Resilient with transports in small bags loaded in covered Class Habilns wagons, with two rakes being deployed, with roughly weekly frequency of departures. In all of these cases, ČD Cargo is providing haulage in Austria and Slovakia (here in cooperation with ZSSK CARGO).

ČD Cargo is thus becoming more visible in the transport of Ukrainian grain, whereas in the early months of this year it acted only as an occasional operator for the contracts of other forwarders. This was, however, a logical consequence of the fact that only those forwarders which had suitable wagons and could also quickly free up for the new demand could carry out these orders. This is why ČDCL has been developing alternative means of transport in particular - since the summer it has also started transporting small bags in covered wagons on the route from Batevo to Lovosice.

The original intention of the project called "Chop Train" was to load trains carrying humanitarian aid in the other direction, but for various reasons humanitarian aid stopped using the railway and so currently it is an one-way loaded group of wagons. This means a significantly slower journey time than a block train, so efforts are being made to get additional loads - ČDCL is hereby offering its capacity for transport in both directions.

Since the end of July 2022, transports have been carried out (also for Resilient) with two rakes of container wagons loaded with bulk containers on the Vel'ká Ida - Hamburg Hohe Schaar route, with transshipment from broad-gauge wagons at the Interport Servis terminal in Haniska pri Košiciach. They are scheduled for a weekly departure, thus circulating in a two-week cycle, which means that their utilisation is unfortunately not as high as it could be, when a turnaround of about eight days would be realistic, even in the current operating situation, when the Czech infrastructure faces record extent of track works. However, a limiting element is the capacity of the Děčín - Bad Schandau cross-border line due to the permanent construction activity of DB Netz.

The Czech-based company Resilient belongs to the Czech-Danish-Ukrainian agricultural group Agromino, in which the majority owner is the Czech businessman Petr Krogman. Agromino farms in Ukraine on 42,000 ha, of which to a large extent in the east of the country, in the vicinity of Kharkiv, where the grain transported by rail comes from.