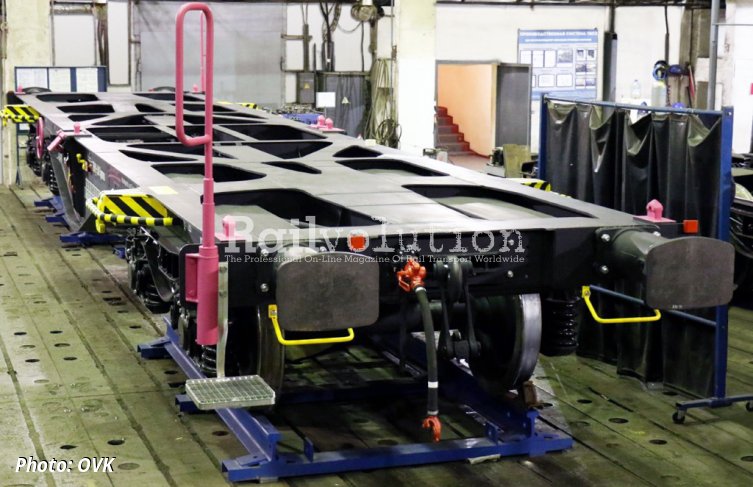 On 7 September 2020 OVK announced that its four-axle Class Sgmmns container wagons designed by OVK (UWC) for the transports of large-capacity containers on 1,435 mm gauge network and produced for Polish company Laude Smart Intermodal have successfully passed certification testing in Europe. As a result, they have received certificates proving compliance with TSI standards for wagon production, allowing OVK to fulfill a contract for the supply of 200 wagons.

Since February this year, the first prototypes manufactured at Tikhvin-based TVSZ have been undergoing a series of certification tests for compliance with TSI, organized by VUZ, an authorised Czech certification body accredited by the European Union Agency for Railways. The wagons were subjected to strength tests for static load and impact, stationary and running brake tests, dynamic and strength testing, and noise measurements.

The batch production already started and deliveries will be finished by the end of 2020.