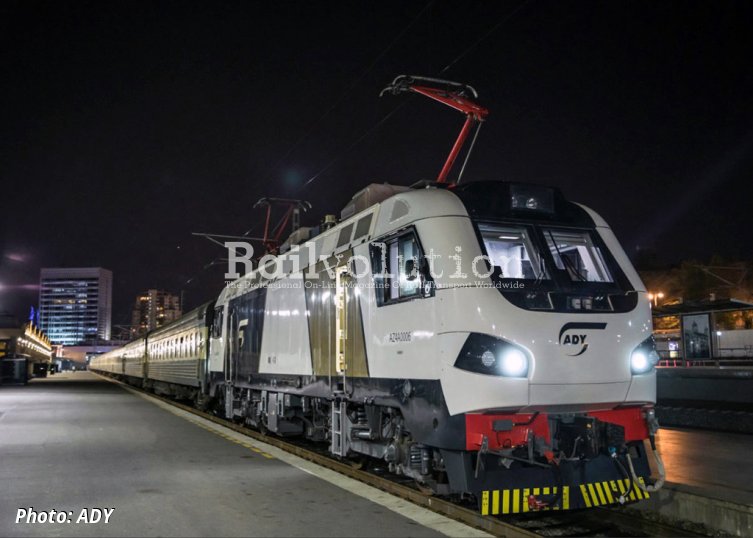 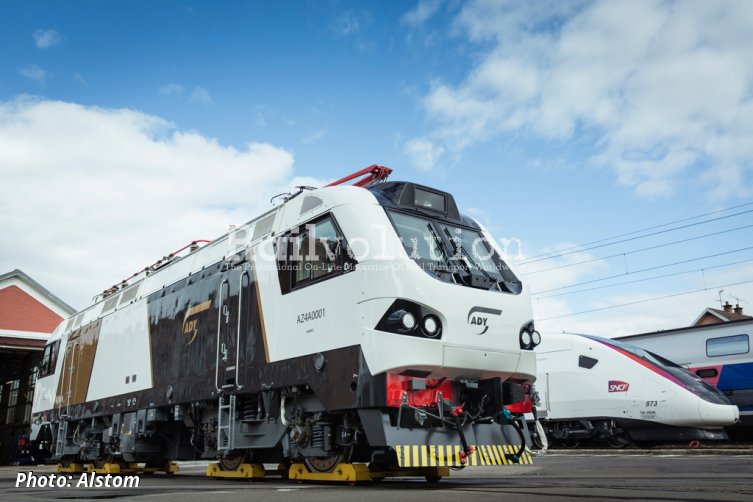 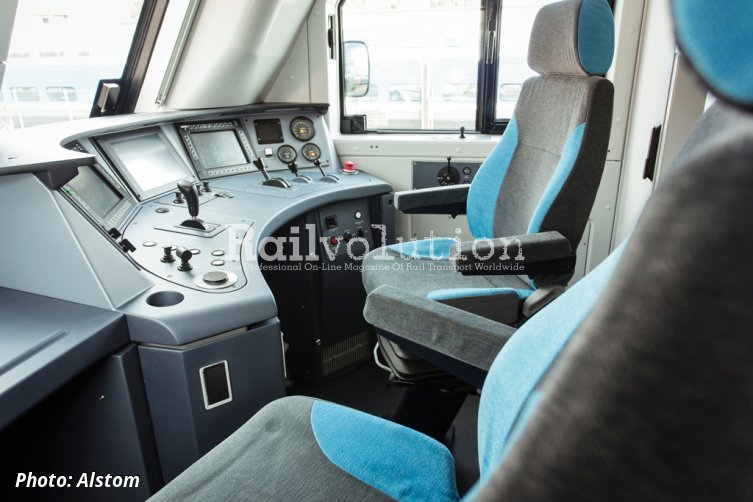 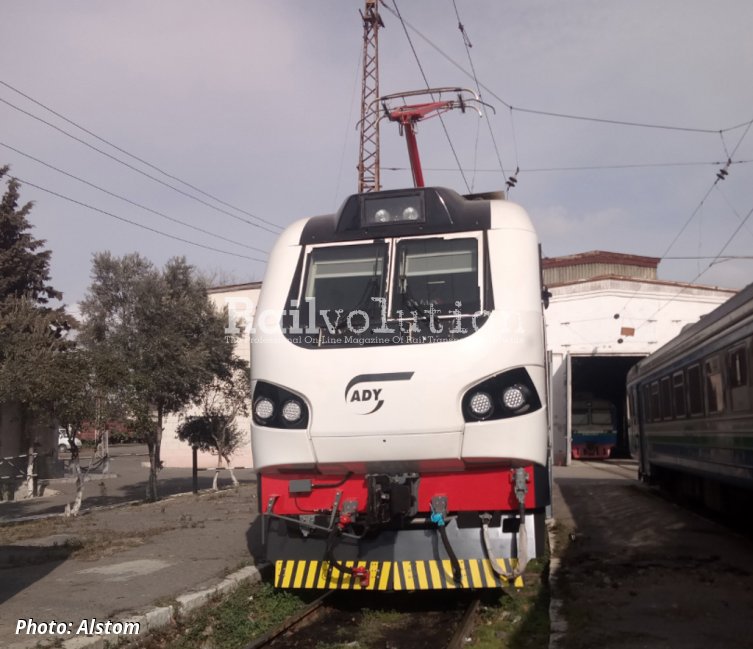 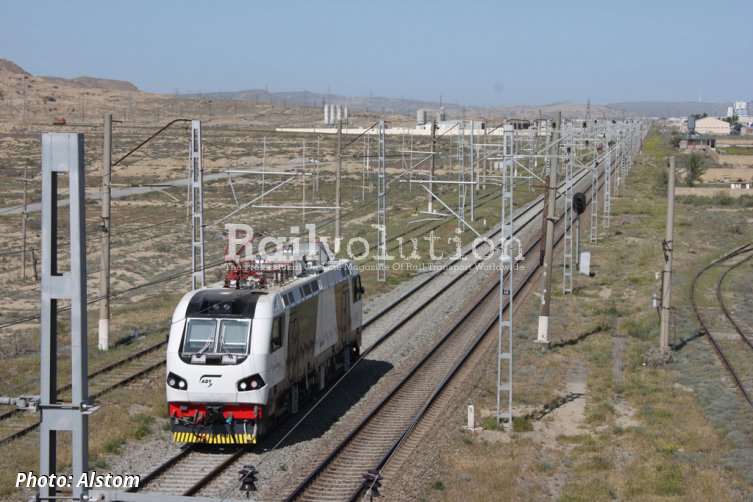 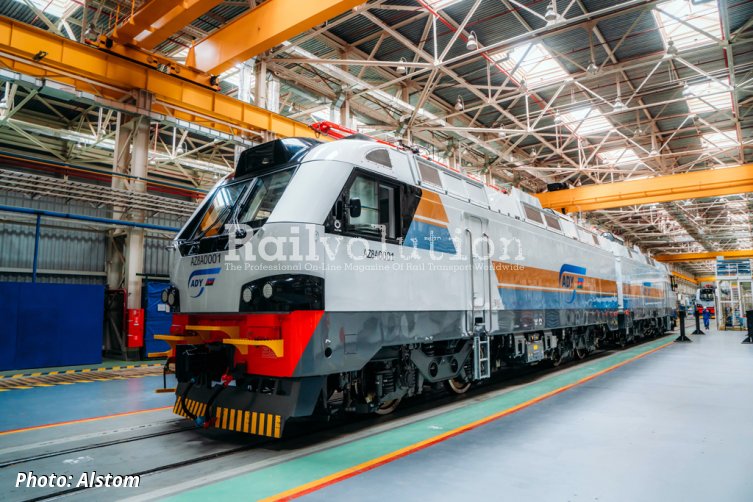 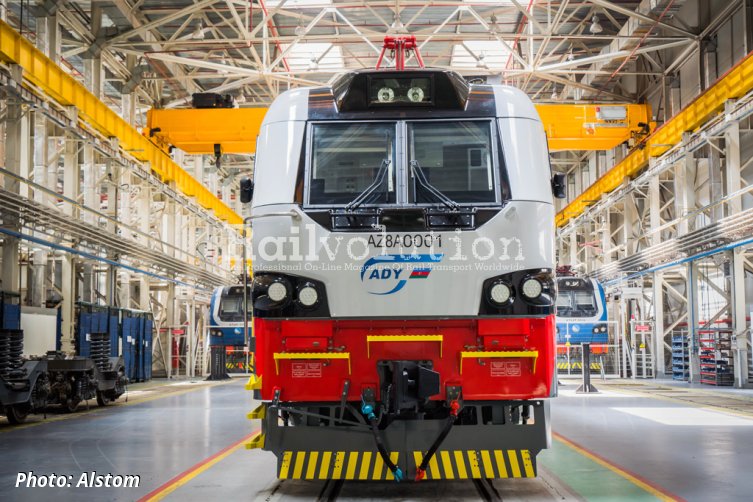 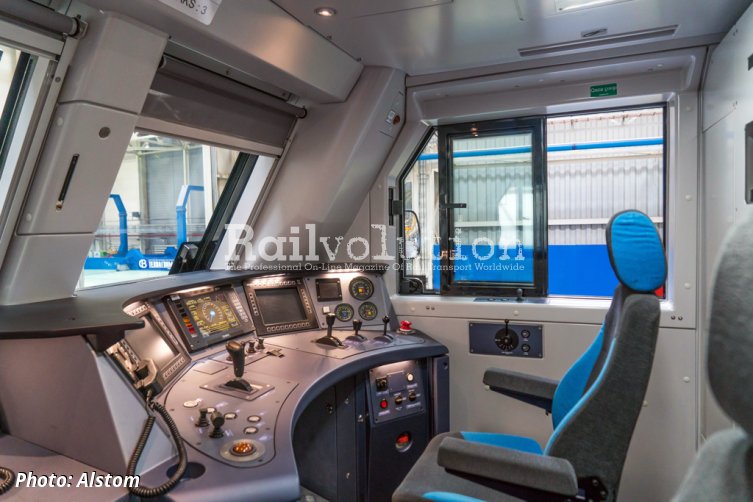 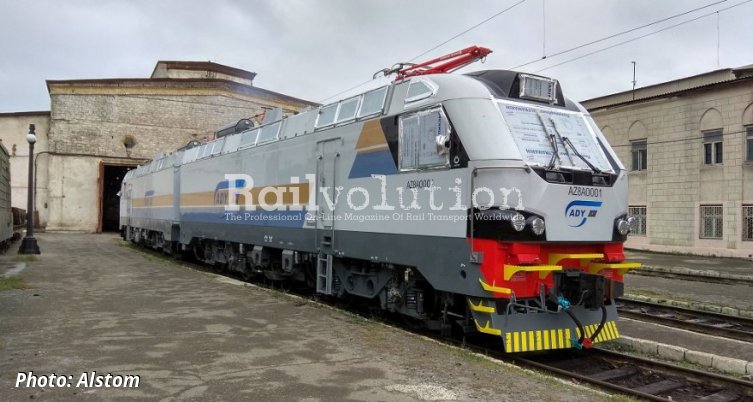 In the previous article we described the problems with delivery of Prima electric locomotives to KTZ. However, the situation with deliveries of Primas for Azerbaijan is not much better.

On 12 May 2014 Alstom was awarded a contract for 50 freight locomotives by Azerbaijan state operator Azərbaycan Dəmir Yolları. The design of this two-section 120 km/h 25 kV 50 Hz Class AZ8A is based on that of KTZ’s Class KZ8A. Assembly at the EKZ works was scheduled for deliveries to run from 2016 to 2018. However, the delivery dates were then modified, with the result that assembly of AZ8A0001 started in autumn 2017.

It was initially envisaged that the agreement under which the AZ8As are being built would also include the construction of a purpose-built depot and maintenance centre for these new locomotives, together with staff training. However, in the end maintenance of the Class AZ8A by its manufacturer did not form part of the contract. The initial contracts for Classes AZ4A and AZ8A do not involve Alstom in the realisation of their certification.

In 2006 ADY embarked upon a long-term programme to modernise its infrastructure and motive power fleet. One of the objectives is to gradually convert the 3 kV DC network to 25 kV AC. Therefore the new 8,800 kW Class AZ8As are single-voltage 25 kV 50 Hz machines in readiness for the future voltage changes. The locomotives are almost identical to KTZ’s KZ8As, though with some equipment being re-designed to work at a minimum of -25 °C instead of the -50 °C for which the KZ8As are designed, and other minor modifications to adapt to local operating conditions.

In May 2016 the ADY contract was revised: only 40 Class AZ8As for freight duties are to be built, and ten Class AZ4A passenger locomotives, their design based on the Kazakh Class KZ4AT. They are Bo’Bo’ machines, but have a top service speed of just 160 km/h. They are dual-voltage (25 kV AC and 3 kV DC), to give them greater route availability. All ten were built at Belfort, with EKZ focusing on the assembly of Class AZ8As.

In early October 2017 AZ4A0001 was finished at Belfort works, and moved to Azerbaijan, arriving in Baku on 9 February 2018. The remaining nine passenger locomotives were delivered in 2018 and 2019. The new class entered regular service on 26 October 2019, when AZ4A0006 hauled at the first time the night trains 36/37 Baku - Tbilisi - Baku, only on the ADY network. However, in early 2020 less than a half of the fleet was in regular service.

Of the 40 Class AZ8A two-section freight locomotives on order only 12 have been built by late 2019. The first one, AZ8A0001, was finished at EKZ in late June 2018 and arrived in Baku on 18 December 2018. In early 2020 no one of Class AZ8A locomotives were in regular service. To remember is that initially deliveries of both classes to ADY were scheduled to run by 2018. It seems that ADY, like KTZ, overestimated their financial possibilities when ordering new locomotives, which is also related to the present state of the economy of both countries.

We asked Alstom:
- what about the progress with the ADY Class AZ8A locomotives, of whose only 12 of 40 on order have been built? Is it caused by lack of money at ADY?
- although Alstom was not responsible for certification, were there any problems with the certification of modern three-phase electric locomotives in Azerbaijan?
- when do you expect completion of deliveries of remaining 28 locomotives for ADY?
- does the current lack of work at EKZ means that the factory will reduce the number of employees?