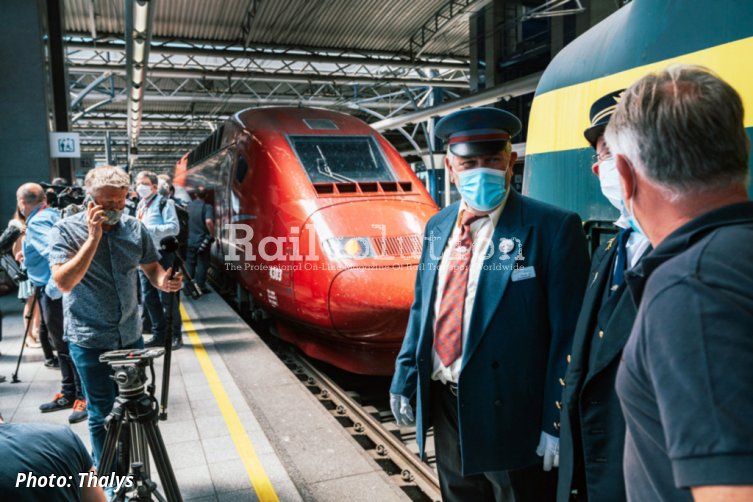 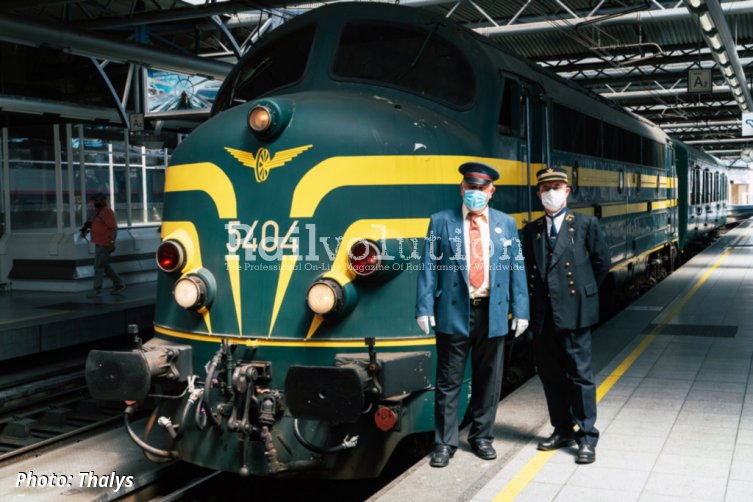 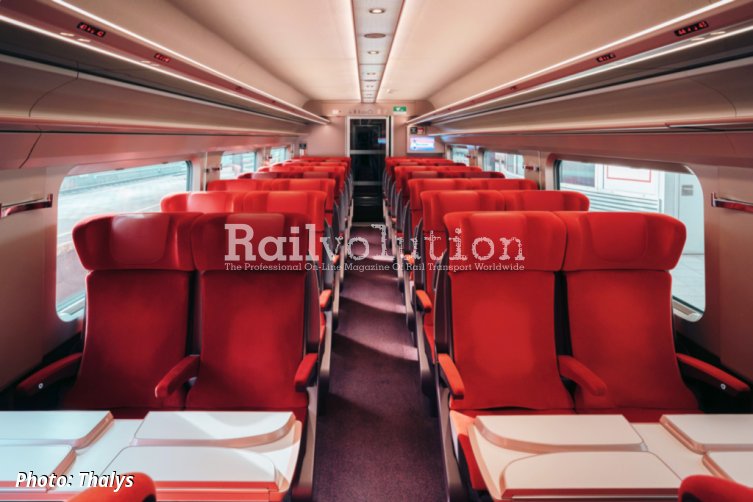 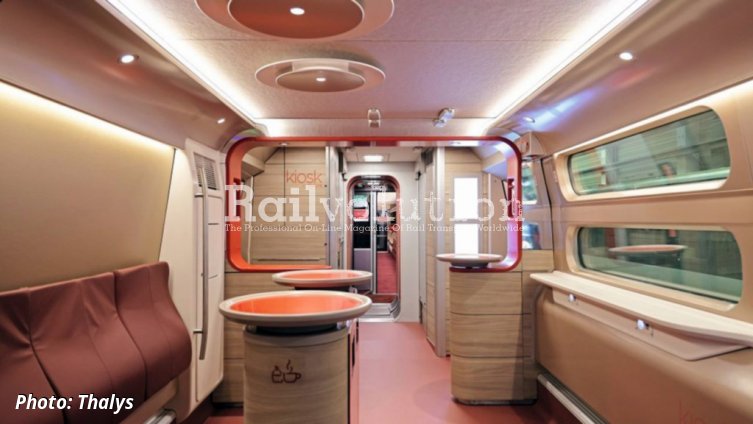 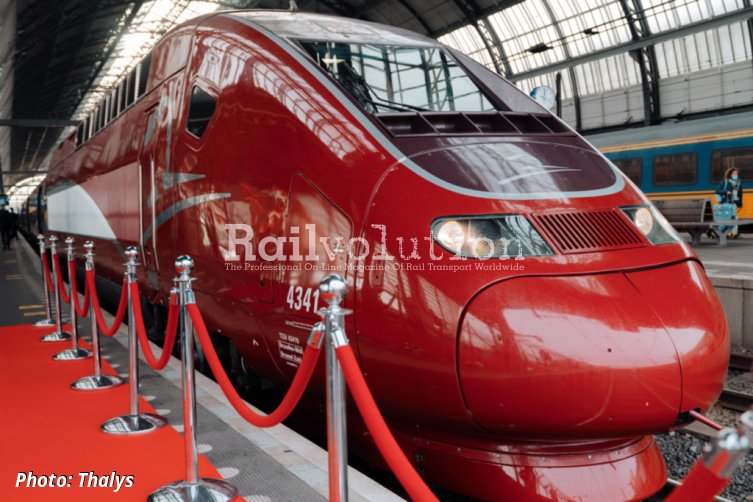 Eurostar had already in 2019 announced a plan to merge with Thalys, but just before the planned finalisation date, this was thwarted by the onset of the coronavirus pandemic; the parties are now revisiting this plan.

It was initiated by SNCF, which is also the majority owner of both companies:

- in Eurostar, with a 55 % stake, the other shareholders being SNCB (5 %) and the investment companies Caisse de dépôt et placement du Québec (CDPQ, 30 %, which is also Alstom's largest shareholder) and Hermes Infrastructure (10 %),

- in Thalys, with a 70 % shareholding, the remaining 30 % being held by SNCB; in addition, NS acts as a strategic partner without an ownership stake (based on a starting point where NS and DB were also shareholders in Thalys).

The intention is to create a new holding company under which the existing companies will be integrated. It would be based in Brussels (as is Thalys) and would be owned 55,75 % by SNCF and 18,5 % by SNCB. The transaction is still subject to an EU approval. The process of unification of formalities and assets is expected to take at least two years, with the start of operation expected in 2024. The merger will result in the interconnection of the companies' geographically interlinked networks with a coordinated timetable and a single reservation system.

Eurostar operates primarily on the London - Paris/Brussels route, with a connection to Amsterdam, while Thalys operates on the Paris - Brussels - Amsterdam and Paris - Brussels - Köln (- Dortmund) routes. The merger should result in a significant increase in passenger numbers, up to 30 million passengers annually in 2030, while in 2019 the two companies together carried 18.5 million passengers (Thalys 11 million, Eurostar 7.5 million). In the same year, both companies achieved a total turnover of 1.6 billion EUR, of which Thalys 1.1 billion EUR and Eurostar 0.5 billion EUR.

Thalys' high-speed train fleet will be integrated into Eurostar. At present, there are 9 triple-voltage TGV PBA units and 17 quadruple-voltage TGV PBKA units. Eurostar operates 12 Class 373 TGVs (referred to as e300) and 17 Class 374 Velaros (e320). Upon completion of the merger, all Thalys services will be renamed Eurostar.

On 14 June 2021, Thalys celebrated its 25th anniversary: on 2 June 1996, the first Thalys TGV set off on the Paris - Brussels route, which it covered in less than two hours. Then, on 14 December 1997, the Thalys Paris - Brussels line was officially opened in the presence of the Belgian royal couple, with the launch of the new Belgian HSL from the Franco-Belgian border to the outskirts of Brussels, making it a purely high-speed service and reducing journey times to 1 hour 25 minutes.

Later in 2019, Thalys has launched a new programme to completely modernise the interior of its TGVs. To this end, the first unit to be sent to the SNCF Technicentre Industriel d'Hellemmes in the eastern suburbs of Lille was PBKA 4341, which left the works in January 2021.

Technical issues and, inevitably, complications arising from the coronavirus pandemic affected the project, so that the official presentation did not take place until 27 October 2021, when a special journey from Brussels to Paris took place. 4341 now wears a new ruby paint to resemble the design of the legendary "Le Capitole" expresses of the 1970s. In addition, it has a decorative grey line under the front window, as well as new horizontal lines around the entire set.

The upgrade, named the Thalys of tomorrow, is intended to offer "a high level of comfort for the international rail services of tomorrow". To this end, the operator first carried out a survey of 5,000 passengers and then turned to Belgian studio Yellow Window for the design, which was also tasked with increasing the train's capacity by 28 seats, or 7.5%. This was achieved by converting the existing on-board bistro into a bar area called Kiosk, which responds to the current travel habits of Thalys customers and is equipped with drink and snack machines offering 14 organic products.

The ten-car TGV PBKA 4341 (two are powered end cars) now has a total of 399 seats, of which 288 are in Standard class and 111 in Comfort and Premium classes. The work also includes the installation of new seats, LED lighting, USB sockets and new information displays (22 pieces), replacement of floor carpets, wall panelling, etc. The luggage compartment has been increased by 15 %, which means space for 400 suitcases.

The first ruby TGV was put into service on 28 October on the Paris - Amsterdam route. Operation on the route from Paris to Dortmund via Brussels, Liège, Aachen, Köln, Düsseldorf, Duisburg and Essen is planned for 2022. Thalys plans to renew its entire fleet of TGVs, which represents an investment of at least 150 million EUR. Further upgraded trains are due to be ready in 2022 and 2023 and the project is due to be completed by the end of 2024.

On the Paris/Brussels - London route, Eurostar is still the monopolist in long-distance passenger transport, although several attempts have already been made by other operators to penetrate this high-speed line running through the Eurotunnel.

In addition to the various activities of (upcoming) private companies, this includes Deutsche Bahn's 2010 plan, which went the furthest of all efforts, culminating in the ICE 3 run to London. In the end, however, even this operation, which was due to start in 2013, did not materialise, mainly because of the extreme complexity of approving the necessary trains and the associated high costs, which were unacceptable even for the German state-owned operator...

Now another plan has emerged, with the Spanish national operator Renfe announcing at the end of October that it wants to start operating high-speed trains between Paris and London. Renfe estimates that in just four years of operation they will have recouped their investment, and want to use its own units, at least seven; however, it was not specified what type these would be.

For their approval, Renfe plans to approach the infrastructure managers HS1 Ltd (for the Eurotunnel - London HSL) and Getlink (for the Eurotunnel), and will thus try to avoid the French authorities, which are causing Renfe difficulties in approving its Class 100F AVE TGVs for the open access services currently being prepared for the Paris - Lyon - Marseille route. Renfe is then looking to offer other destinations from London to France and other countries in the next period; however, this too has not yet been specified.

The motive behind this activity is that Renfe sees the potential for traffic growth at this destination, which should allow them to achieve profitable operations even in competition with Eurostar. More generally, it is another step in Renfe's current strategy of international expansion, which includes activities in the USA, but also the recent purchase of a 50 % stake in the Czech operator Leo Express.