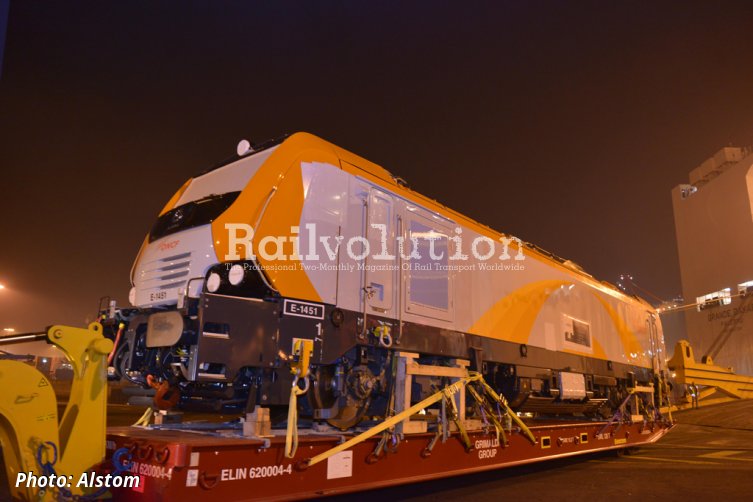 The 130 million EUR contract resulted from an international tender invited by ONCF in March 2017. The new Prima Type M4 locomotives have a continuous power rating of 5,500 kW, a maximum service speed of 160 km/h, and will operate off 3 kV DC. They are fitted with ETCS Level 1, and the first 20 locomotives, which have been in service in Morocco since 2011 and were delivered without ETCS, will be retrofitted with this equipment.

Eight years on, the new batch will differ from the first one by incorporating various state-of-the-art components, such as a new on-board computer and a driver assistance system. While the new Primas are being manufactured at Belfort works, the Alstom team in Morocco will ensure their testing, the warranty service and their maintenance. The delivery of the last locomotive is scheduled for March 2021.