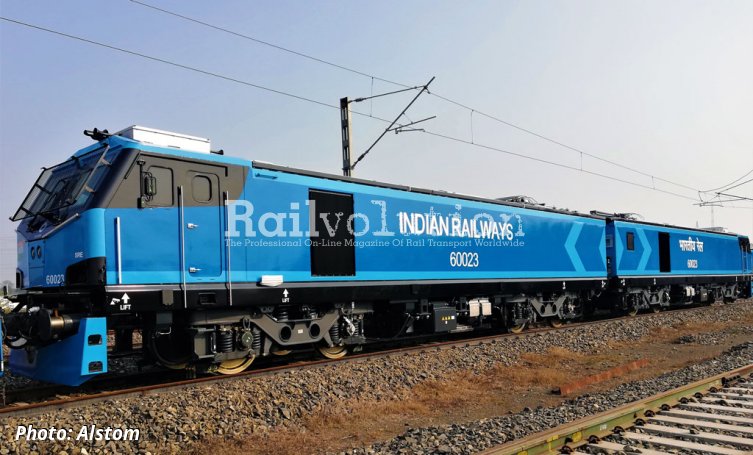 On 19 May 2020 Alstom announced that the first of the Class WAG12 electric locomotives entered commercial service at Indian Railways. This step follows the necessary design modifications on the locomotives, which resulted from the initial stage of testing.

Built at Madhepura works and certified by the Ministry of Railways and RDSO (Research Designs and Standards Organisation), these Primas are the most powerful locomotives to run on Indian network. The 2015 contract will see a total of 800 two-section locomotives to be built at Madhepura Electric Locomotive Pvt. Ltd. (MELPL), an Alstom (74 %) and Indian Railways (26 %) joint venture, with a production capacity of 120 locomotives per year. Two modern depots, in Saharanpur (Uttar Pradesh) and Nagpur (Maharashtra), will ensure the maintenance of the locomotives. The Saharanpur depot is already operational and the one in Nagpur is under construction.

Alstom specified us as follows: "The Ministry of Railways gave us the final approval on 28 April 2020 (IR has mentioned a date of November 2019 as entering testing). The inventory number of locomotive that has started operation first is 60027. In 2020 ten WAG12 locomotives have been produced so far. Delivery schedule is 100 WAG12 locomotives annually."