First Run In GoA 2 With Passengers In The Netherlands 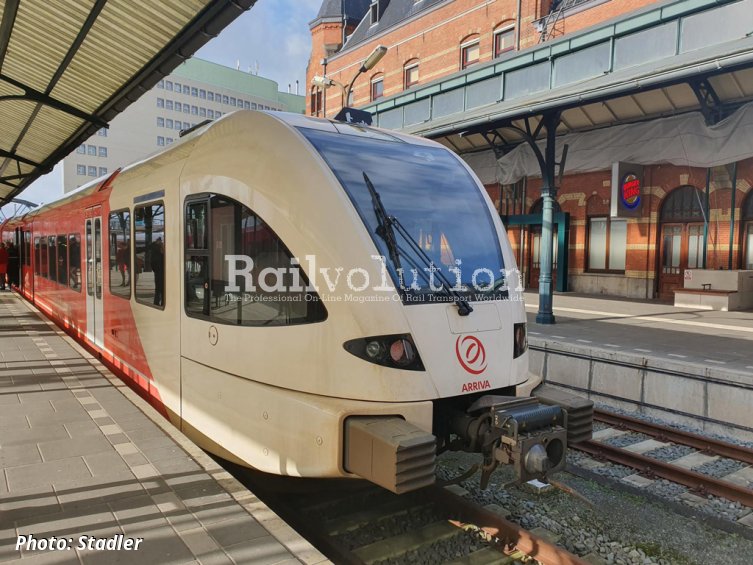 On 12 February 2020, Stadler, together with ProRail, Provincie Groningen and Arriva Netherlands, has opened the doors of an ATO test train to a group of about 50 local and national dignitaries, taking them on a short journey around Groningen. This was the first time that passengers in the Netherlands have been on board an ATO (Automatic Train Operation) train which can accelerate and brake automatically.

The train is a GTW 2/8 DMU 351 of Arriva Netherlands and ran in Grade of Automation (GoA) 2, which means actually a kind of optimised operation, however still requiring the supervision of a driver, this being far from the real autonomous operation. The ATO equipment was developed Stadler Signalling. The train can accelerate and brake automatically and therefore moves automatically and stops precisely at platforms, based on the journey profile provided by the ATO trackside equipment.

Testing in the Groningen area started in October 2019 and comprises three parts. The current phase, part 2, involves passengers travelling on board the train. The aim of the project is to evaluate the human factors of ATO usage. The project also determines the potential increase in track capacity as well as saving energy, and assesses stop precision, punctuality, speed, safety and comfort.

We asked Stadler for more details:
- when and where the respective GTW 2/8 was fitted with the ATO equipment, and if the latter will remain installed in this DMU after the end of testing,
- what was the content of part 1 and when exactly these tests took place,
- what is the content of part 3 and when these tests will take place,
- by whom the project is financed.
We are waiting for a reply.