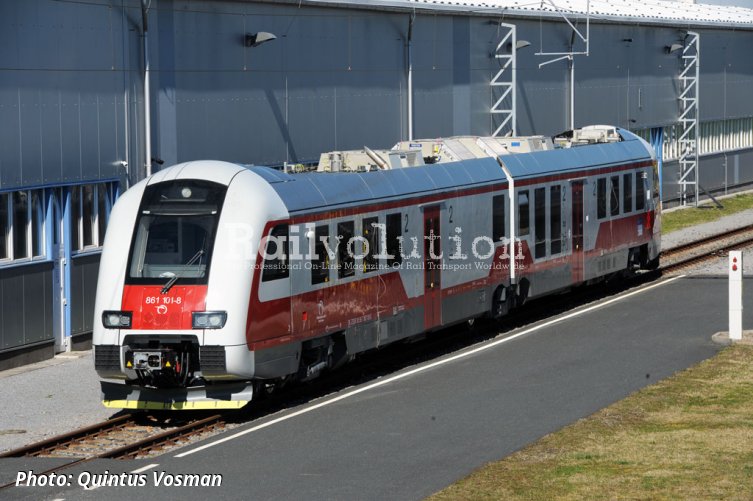 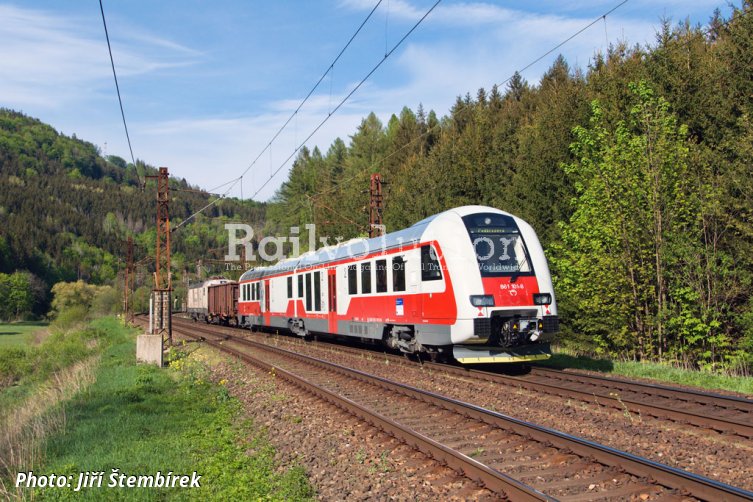 On 2 March 2020, ŽOS Vrútky-built RegioMover 861.101 arrived at the VUZ Velim test centre. It is the first two-car Class 861.1 DMU of a batch of 14 ordered by ZSSK in November 2017, together with seven three-car Class 861.0 DMUs. They are destined for service in Banská Bystrica region, but will also extend to Žilina and Trenčín regions.

The test program included tests necessary for the type approval and for assessing the TSI conformity. RegioMover 861.101 finished its stay at Velim in early May 2020 and on the 8th of the month returned to Vrútky. According to the contract, a total of nine RegioMovers were to be delivered to ZSSK last year, of which seven three-car units, 861.033 to 039, and two two-car ones, 861.101 and 102. In 2020, the remaining 12 trains were to follow.

However, only three-car RegioMovers have been delivered to ZSSK so far, but no one of two-car DMUs. The operator stated that it is negotiating the matter and that it will not comment on this for the time being. ŽOS Vrútky did not state a specific reason for this delay, only adding: „Currently, as in all other companies, we have problems caused by the COVID-19 pandemic.“ In 2019 the manufacturer expressed: „The contract is challenging in terms of production. For the first time ever, our company develops and manufactures two vehicle concepts simultaneously in one batch, which means that we carry out production of two prototypes.”