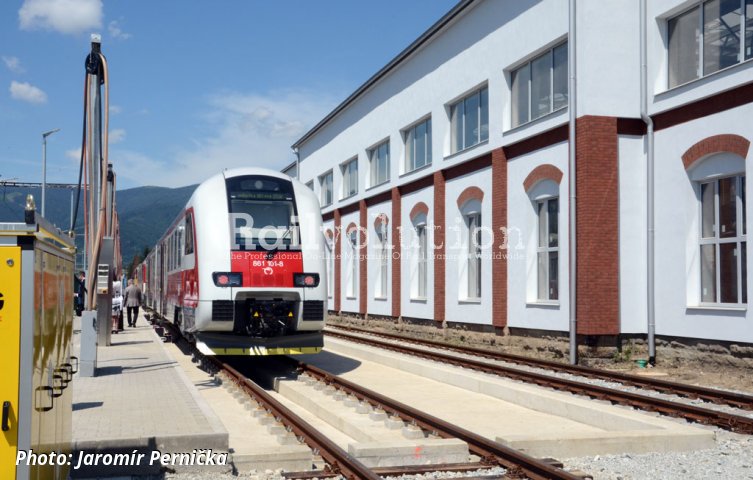 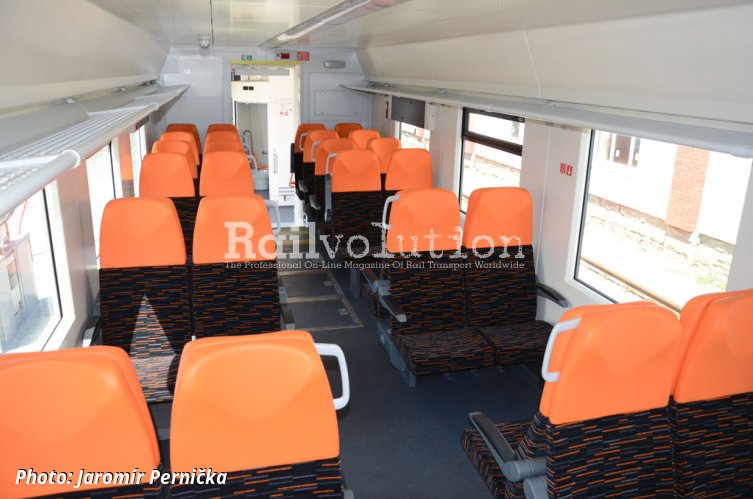 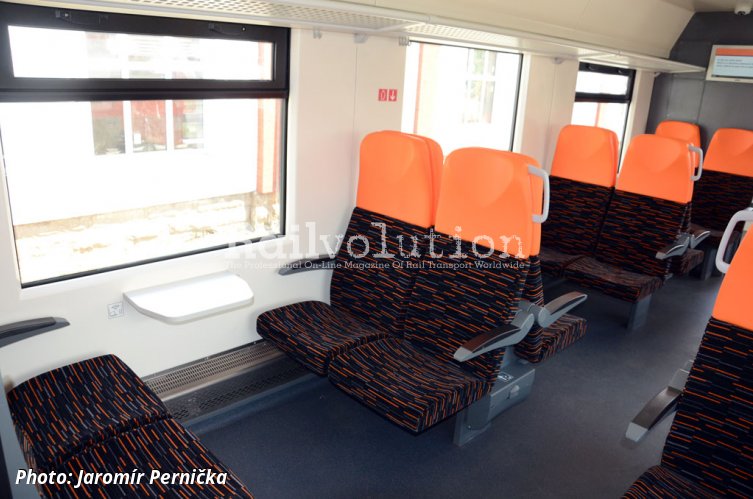 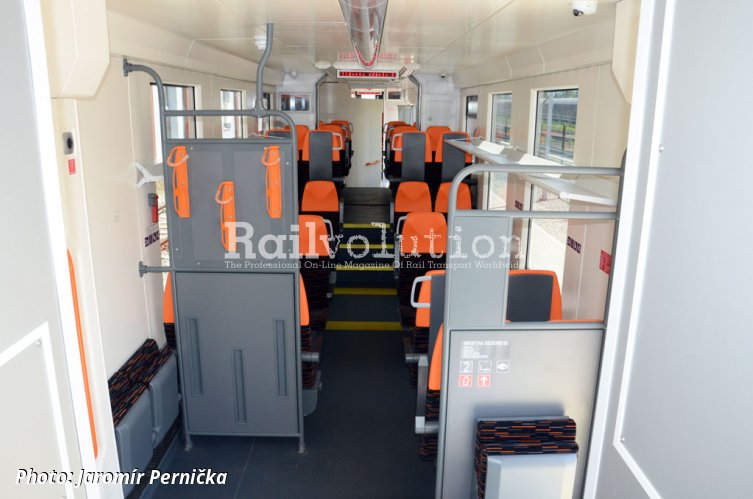 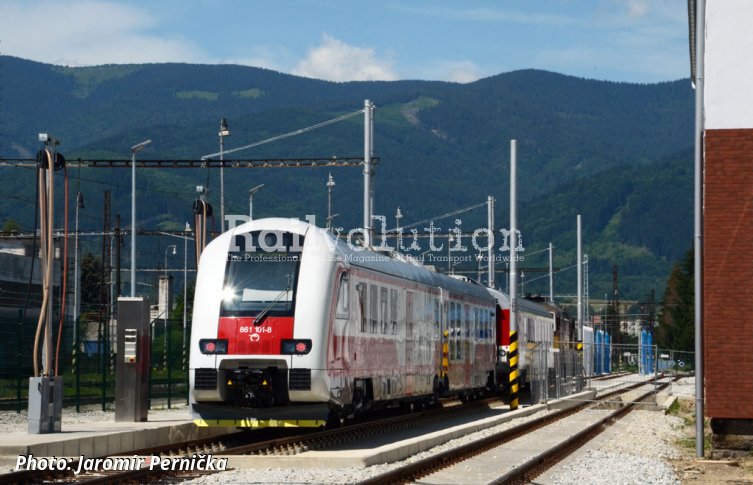 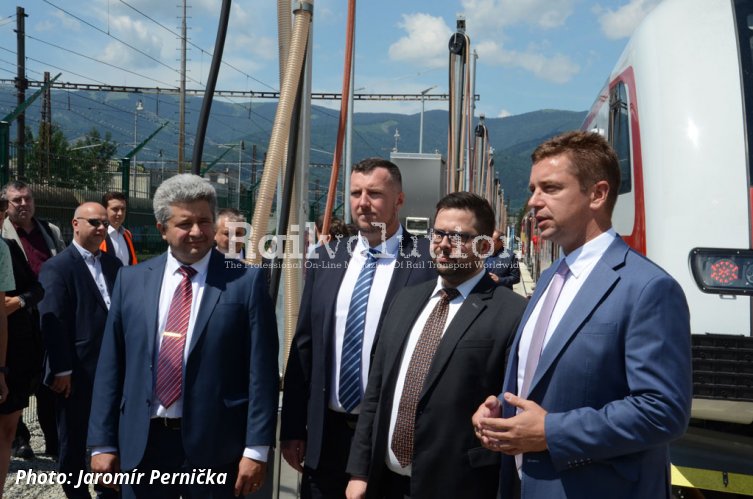 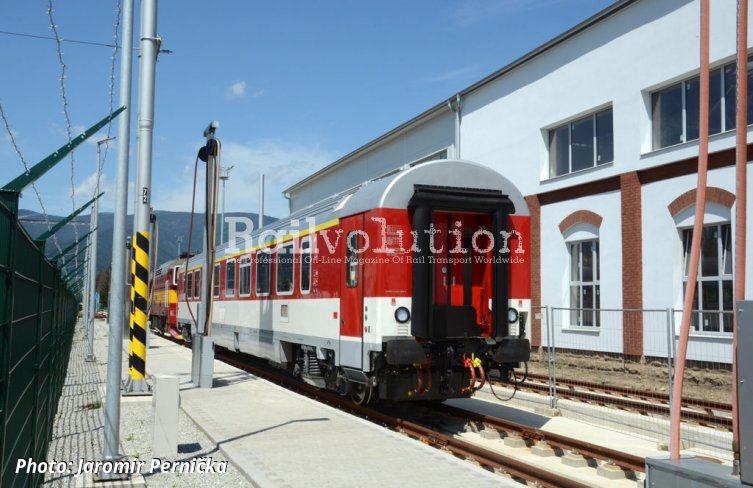 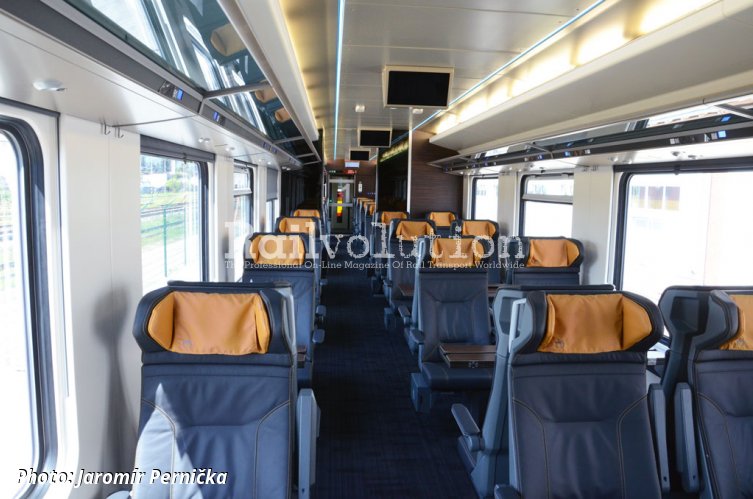 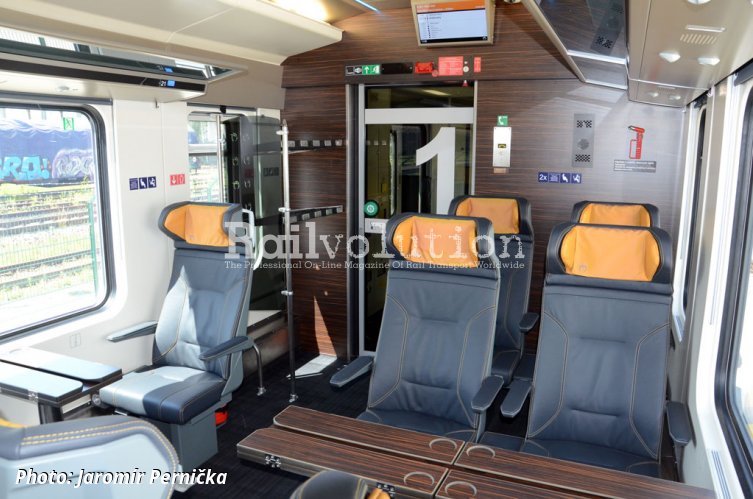 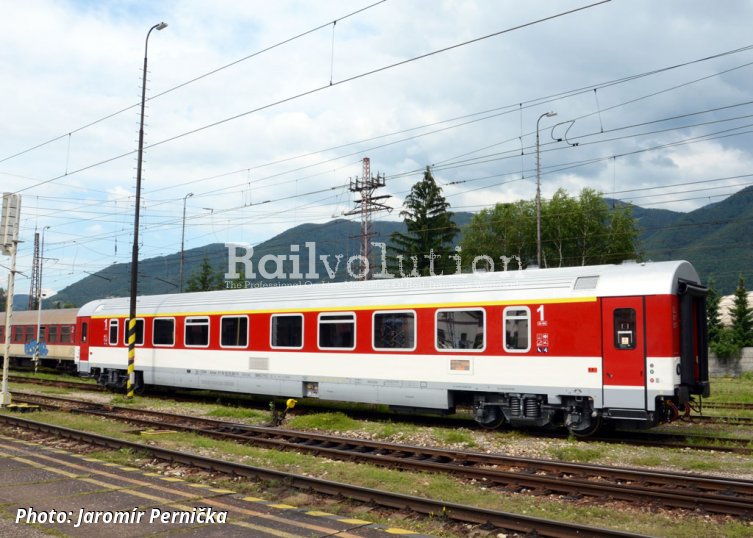 On 25 June 2020 ZSSK presented to the media and the Slovak Minister of Transport two of its newest vehicles - a new two-car Class 861.1 RegioMover DMU and a long-distance Class Ampz carriage, both built by ŽOS Vrútky. The press conference took place in Vrútky, on the premises of ZSSK’s new Technical and hygiene maintenance centre (THÚ), currently being built in the former locomotive depot.

ZSSK CEO Filip Hlubocký said:  „I am very pleased that we are continuing the biggest modernisation programe in recent years and that today we can show two new vehicles that we are taking over. The three-car Class 861.0 RegioMovers are already running in central Slovakia, but the two-car Class 861.0 DMUs are new. Similarly, the Ampz cars are the first new first class coaches after a long time and its design came from ZSSK proposals, which we are very happy about. Since last week it has already realised the first runs with passengers and we see very positive reactions.“

The two-car low-floor 140 km/h Class 861.1 DMUs with a hydrodynamic power transmission are designed for regional lines with the smaller passenger flows. They offer 115 seats, while the three-car Class 861.0 DMUs have 171 seats.  Of the latter, 39 are already owned by ZSSK. Of the two-car RegioMovers a total of 14 were ordered in November 2017. They will be allocated to the Zvolen depot, for example on the Zvolen - Vrútky, Zvolen - Brezno, or Zvolen - Fiľakovo lines.

The first two are scheduled for the start of regular service in early July 2020. The remainder is expected for delivery by the end of this year. Of the 77 million EUR total cost (seven three-car and 14 two-car RegioMovers) EU Cohesion Fund covers 85 % of the NFP, the remaining 15 % are from the State Budget of the Slovak Republic.

The 160 km/h Class Ampz cars are intended for national and international long-distance transport, initially between Bratislava, Žilina and Košice. For the future it is envisaged to use them also between Bratislava and Praha. The carriages offer 52 seats, are 26.4 m long over buffers and have a weight of 59 t. ZSSK purchased seven of them worth 13,895,000 EUR excluding VAT (i. e. 1,985,000 EUR per car, excluding VAT). This investment was financed from ZSSK’s own resources. Their delivery should take place by March 2021.