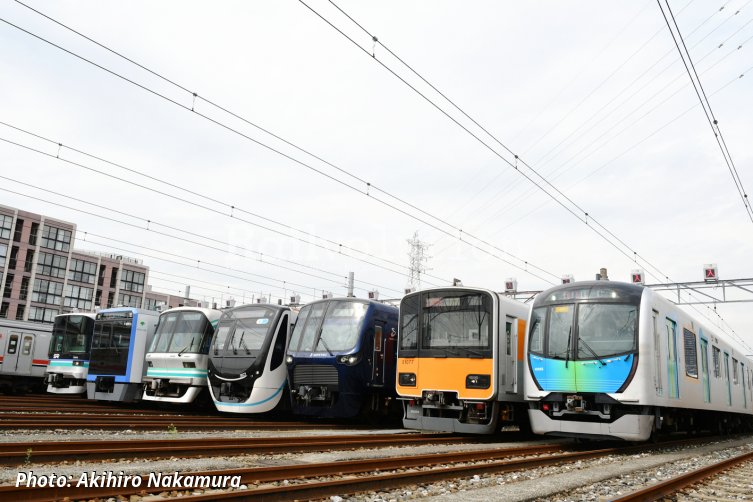 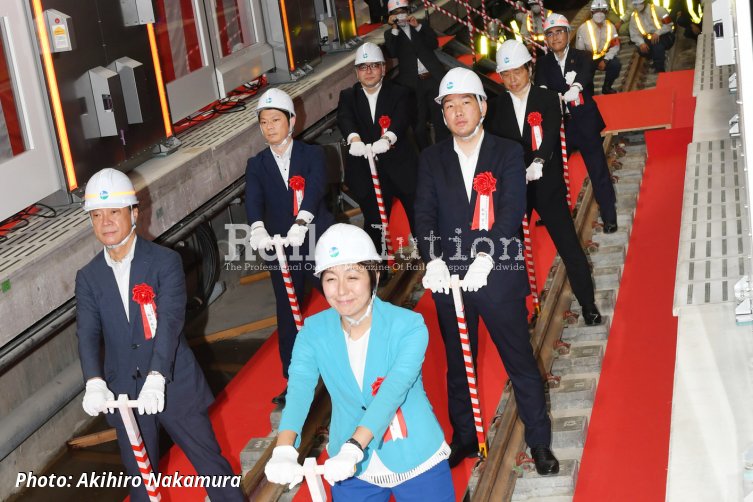 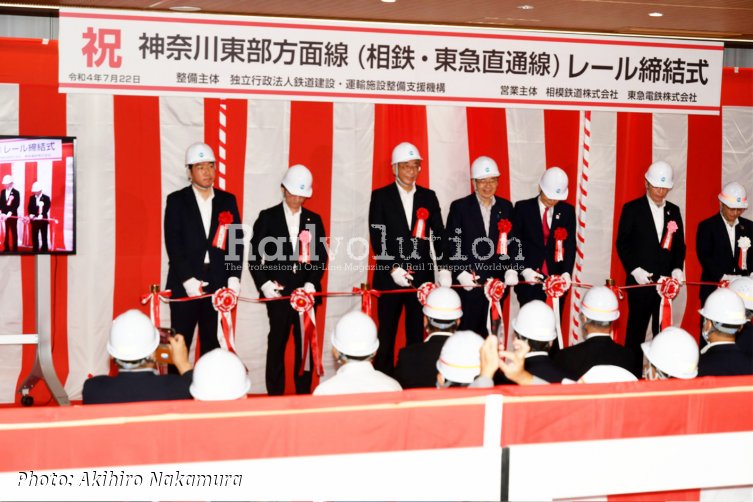 The interconnection of mayor railway networks in south-western part of the Great Tokyo Area continues. In March 2019 we have reported about Hazawa-Yokohama-Kokudai station, built on a JR Freight marshalling yard, which through new “Sōtetsu JR Link Line” interconnected Sagami Railway (known as Sōtetsu) and JR East networks. This brought new services between Kanazawa, Yokohama and central Tokyo (Shibuya and Shinjuku) without need to interchange more lines.

On 22 July 2022 the progress of second interconnection was celebrated, this time the Sagami and Tōkyū private railways have met through a new Sōtetsu Tōkyū Link Line. The new 10 km long tunnel section between Hiyoshi station on Tōkyū Toyoko line and Hazawa-Yokohama-Kokudai station, mentioned above, will link three railways. There also will be the new intermediate station Shin Yokohama on the new link, offering easier interchanges to Tokaido Shinkansen trains.

The new route is to cut travel times between Futamatagawa (the Sagami Railway terminal) and Meguro (central Tokyo) on Tōkyū-Megro Line by about 16 minutes. The Sōtetsu Tōkyū Link Line is scheduled to open in October 2023 and seven railways are about to offer services in 14 directions through central Tokyo to the north (Saitama). Mostly 10- and 8-car EMUs will be used, rarely 6-car trains. In peak times up to 14 services per hour will go to Shin-Yokohama station from the "Tokyo side". Between Shin-Yokohama and the Hazawa-Yokohma-Kokudai station up to 10 trains per hour are planned.