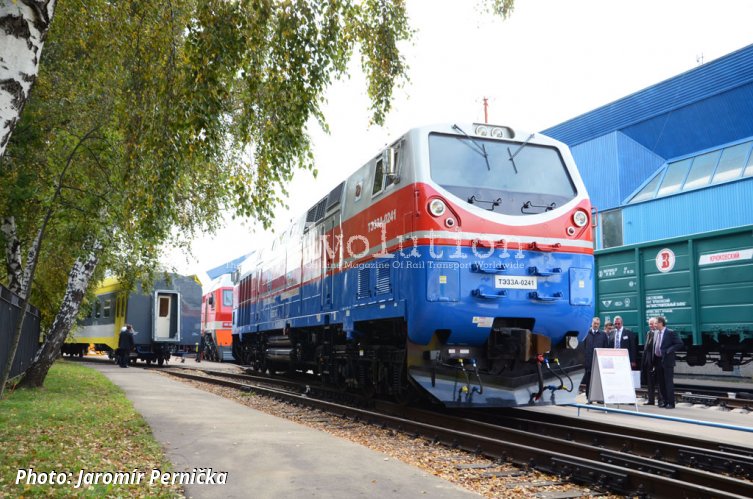 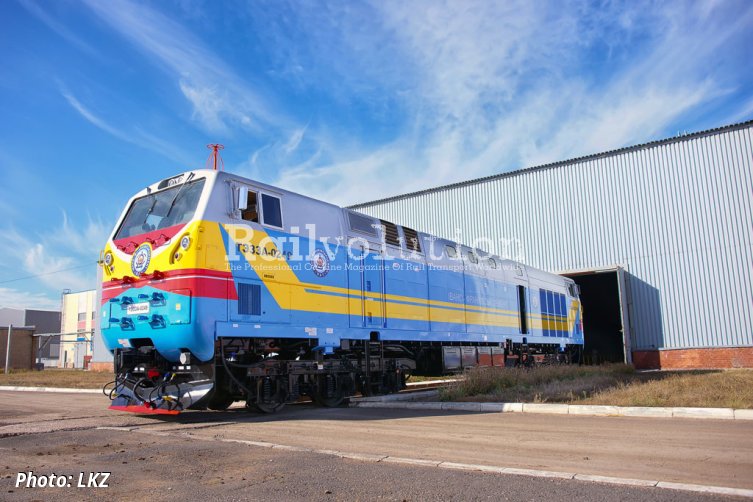 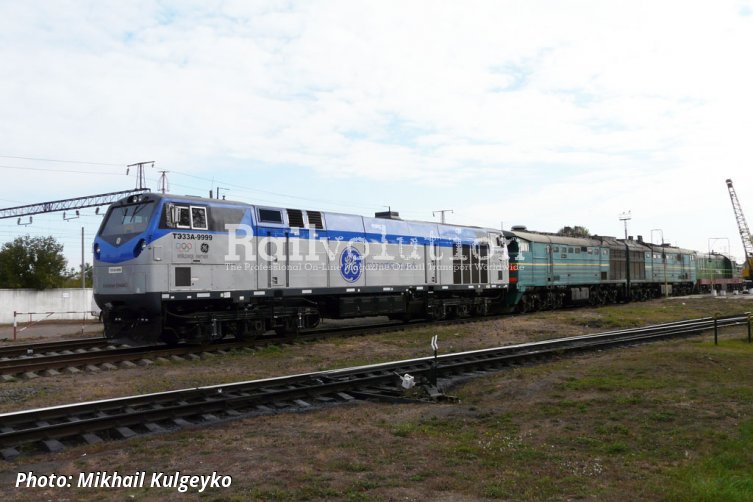 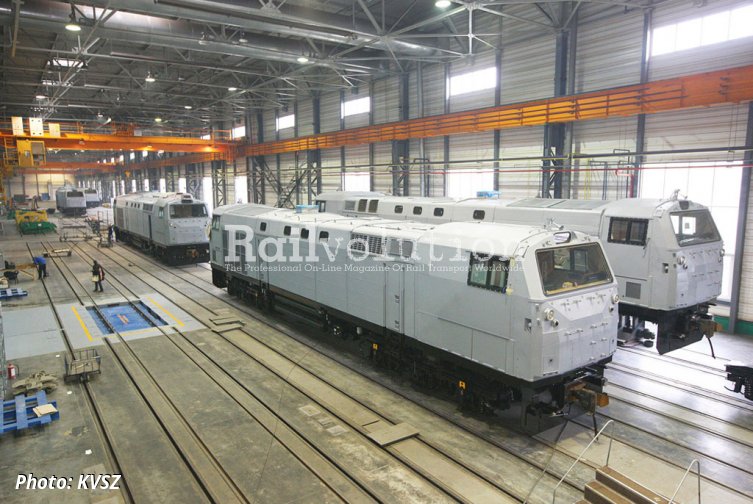 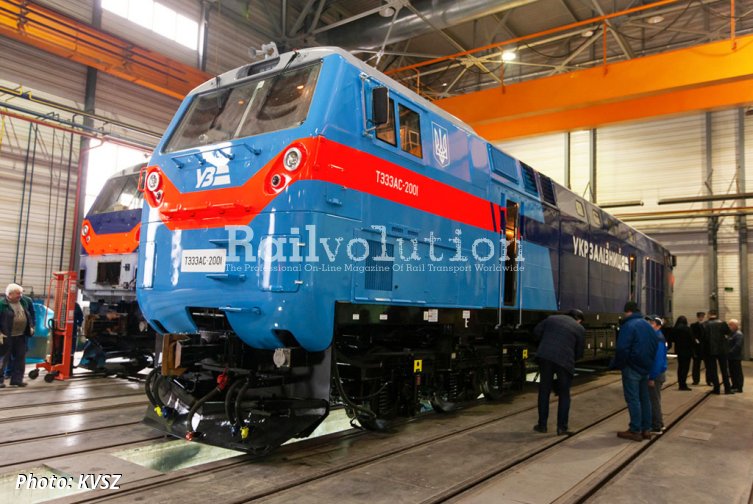 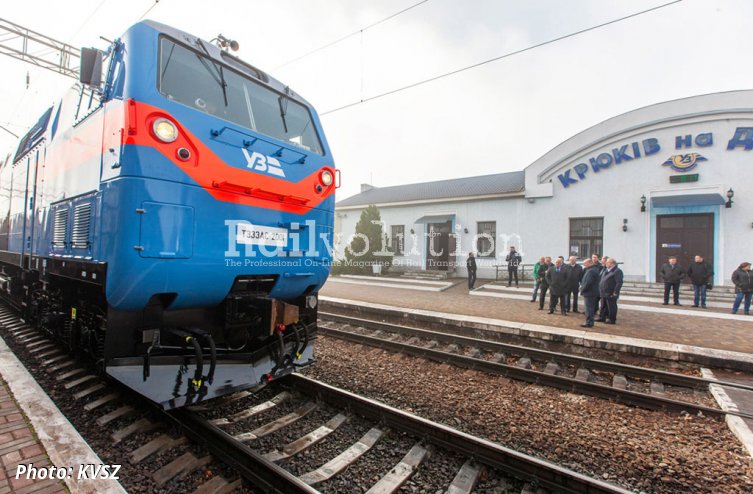 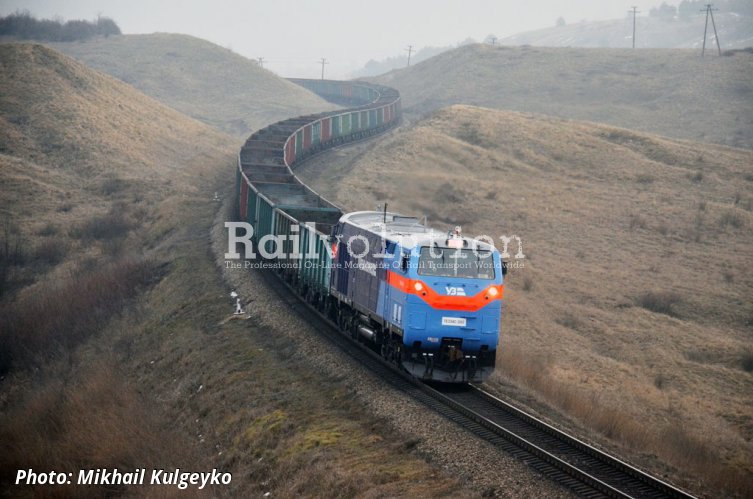 LKZ is keen on winning export orders, and in this a valuable step forward would be obtaining certification from RS FZhT for the Class TE33A to operate on the Russian network. Initially this was expected to be granted by the end of 2013, subsequently it was was anticipated to be granted in 2014.

In September 2012, a Memorandum of Cooperation with the Russian Eurosib - Transportation Systems (Evrosib) was signed, envisaging the delivery of up to 50 TE33A machines between 2013 and 2015. Evrosib demonstrated interest in buying TE33As following a visit to the LKZ works in Astana, and also investigated the technological procedures involved in building one of these locomotives. It was hoped that construction of a batch will start up straight after the TE33A has received authorisation in Russia.

In 2012 an agreement with LG (Lietuvos geležinkeliai) was also signed for around 20 TE33As, to be delivered in 2013 - 14, depending on the satisfactory realisation of test runs. At that time also the Estonian company Vopak E.O.S. has shown an interest in buying ten TE33As to be delivered in 2013. But in spite of the fact that all these contracts were long time in progress, no one was confirmed.

Then, in addition to the countries  already served by LKZ-built Evolutions, Ukraine has become a new client for the Class TE33A. One locomotive was ordered on 30 May 2013 by Ivano-Frankivsktsement, one of the leading Ukrainian companies in the construction industry, producing cement, gypsum and other materials, and situated in Yamnitsya near Ivano-Frankivsk (around 150 km southeast of Lviv). This locomotive, TE33A-0249, was handed over to the client on 11 October 2013. On the 14th of the month it left LKZ, with two locomotive crews, Kazakh and Ukrainian, and arrived in late October at Yamnitsya. Since December 2013 it has been used on main line services in Ukraine.

One of the key issues of this deal was getting the locomotive authorised in Ukraine. To accomplish this, Ivano-Frankivsktsement and KhOSZhT (Kharkovsky organ po sertifikatsii zheleznodorozhnogo transporta, the Kharkov Rail Transport Certification Body) signed an agreement for authorisation. LKZ provided all the necessary technical documentation and conducted a full series of the certification tests required. The certificate of compliance was delivered when the locomotive entered Ukraine. According to the terms agreed, TE33A-0249 only differs from KTZ’s Evolutions with regard to the livery and the Ukrainian informative texts used.

This was the very first delivery of an Evolution to Ukraine, and also very first delivery of an Evolution to a private operator. Anyway, at present the Evolution locomotives are in Ukraine in use, however of the Class TE33AS produced for Ukrzaliznytsya. Following a memorandum signed in July 2016, UZ and GE Transportation signed on 23 February 2018 a long-term framework agreement to modernise UZ’s locomotive fleet. Under a four-phase 1 billion USD project it was anticipated that GE will build up to 215 new Class TE33AS freight diesel locomotives and modernise 75 existing machines.

The first stage involved the construction of 30 Class TE33AS locomotives, equipped with 3,356 kW diesel engines and asynchronous traction motors and with a design speed of 120 km/h. Construction of these locomotives called Tryzub started at GE’s Erie works in March 2018. In June 2018 GE signed a localisation agreement with KVSZ (Kryukovsky vagonostroitelny zavod - Kryukov Wagon Works), for the first 30 locomotives, with the parties agreeing to invest in developing local locomotive assembly expertise. When TE33AS-0001 arrived in Ukraine, by sea, it was sent to the KVSZ works for certain final assembly touches to be applied. This works is situated in Kremenchuk, on the banks of the Dnipro river.

During the remainder of 2018 GE concentrated on transferring 10 % of the production activities to Ukraine, thus completing the objectives of the first phase, which involved financial leasing of the locomotives in a joint arrangement with Ukreximbank, bearing in mind UZ’s financial constraints. By February 2019 a batch of all 30 locomotives was delivered, but the further fate of the contract is unclear...

Regarding the first batch of 30 Evolutions, the KVSZ share of the work only amounted to 10 %. That involved adapting the locomotives to Ukrainian specifications and operating standards. This means installing on-board ATP equipment, collection of data generated during operation, checking the working of locomotive diagnostics systems, ensuring that the locomotives meet Ukrainian operating and other specifications, and the installation of fire alarm system. Then KVSZ did undertake type testing and authorisation testing on the UZ network. Following testing the locomotives were handed back to GE, which then handed them over to UZ.

Once the first 30 locomotives have been dealt with, and the financing of the next 185 machines, these to be numbered 31 to 215, has been secured, KVSZ would then have to draw up a supply contract detailing its share in the production procedures over the coming years. By the end of this stage, thanks to technology transfers, it was expected most of the production to take place at the KVSZ works. The only components which were anticipated still to be supplied by GE were the main diesel engines, traction generators and other related components.

In February 2020 the Minister of Infrastructure of Ukraine, Viktor Dovgan, stated that UZ is negotiating with the Export-Import Bank of the United States on financing the purchase of a second batch (between 20 and 40) of Class TE33AS diesel locomotives. It is anticipated that by the end of 2020, or in early 2021, delivery of the new Evolutions will start. Time will tell how this idea will develop.