HS2 Celebrates One Million Tonnes Of Construction Material By Rail 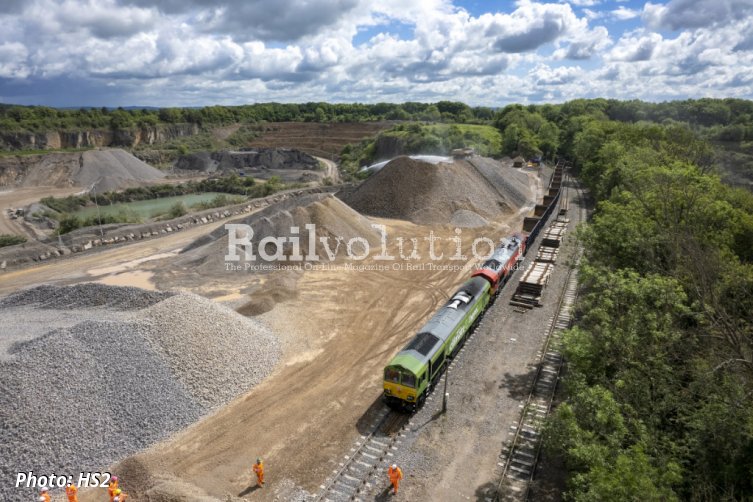 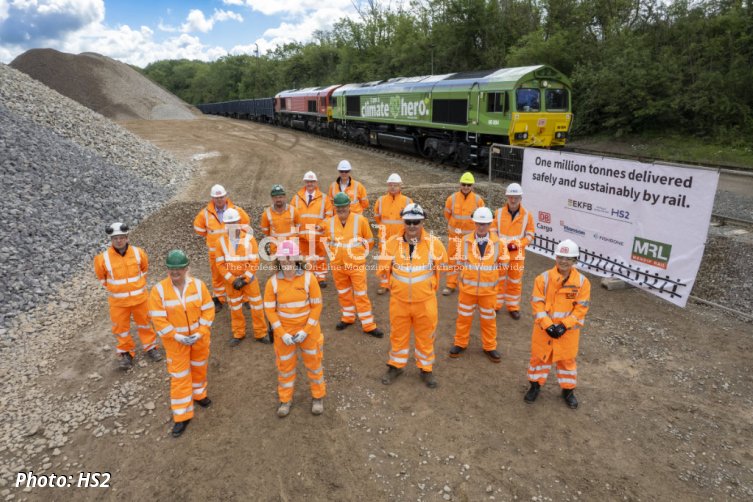 On 12 July 2022, HS2 confirmed that more than a million tonnes of construction material have been delivered by rail to the high speed rail’s work sites across Buckinghamshire, taking the equivalent of 100,096 HGV journeys off local roads. The huge milestone was achieved over 18 months, with 583 trains delivering aggregate to three locations around Calvert and Aylesbury. Transporting this material by rail instead of by road is estimated to have saved 11,399 tonnes of CO2 emissions.

The construction of HS2 is now well underway across Buckinghamshire, with the aggregate used for early works and temporary site access roads. The first freight railhead opened at Calvert at the end of 2020, with only 180 trains scheduled to deliver aggregate from Hanson quarries in the west of England. Following the success of the project, new railheads were established near Calvert and Aylesbury to allow a massive increase in the amount of material delivered by rail.

The work is being managed by HS2’s main works contractor EKFB – a team made up of Eiffage, Kier, Ferrovial Construction and Bam Nuttall. The freight trains were operated by DB Cargo and Hanson and coordinated by rail freight specialists, Fishbone. Across the whole HS2 project, 15,000 freight trains are set to haul 10 million tonnes of aggregate to construction sites – taking the equivalent of 1.5 million HGVs off the UK’s roads.

The construction milestone comes as HS2 continues to make significant progress across the county. The two tunnelling machines excavating the Chiltern tunnel have both dug almost three miles, the designs for the Calvert Infrastructure Maintenance depot revealed and the first ‘green tunnel’ at Chipping Warden has begun construction.