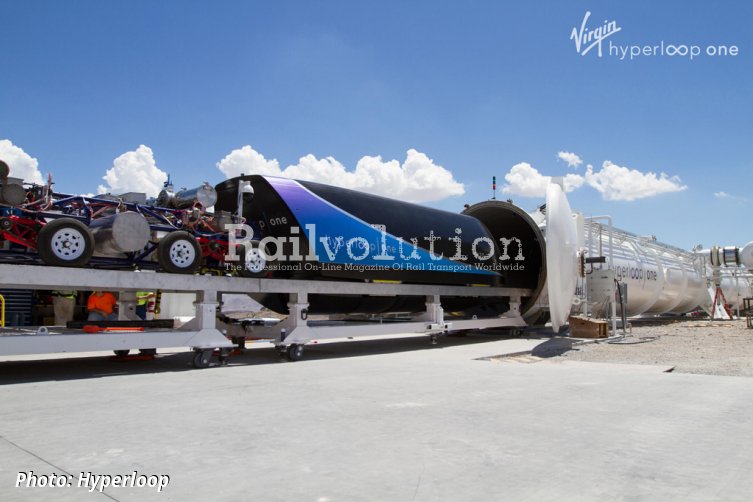 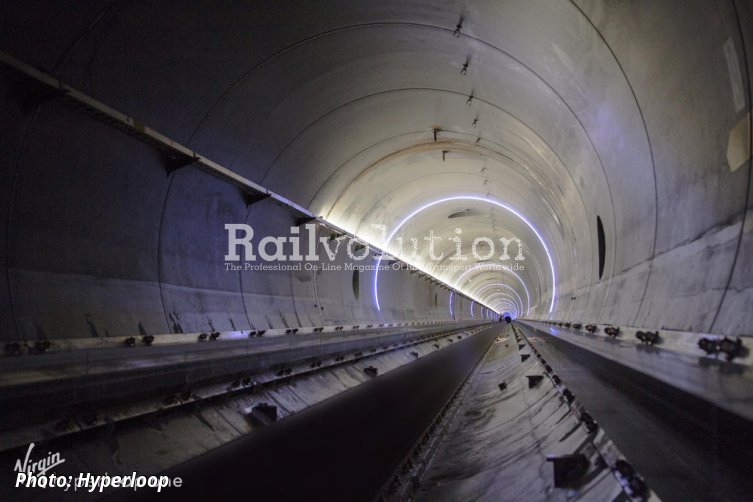 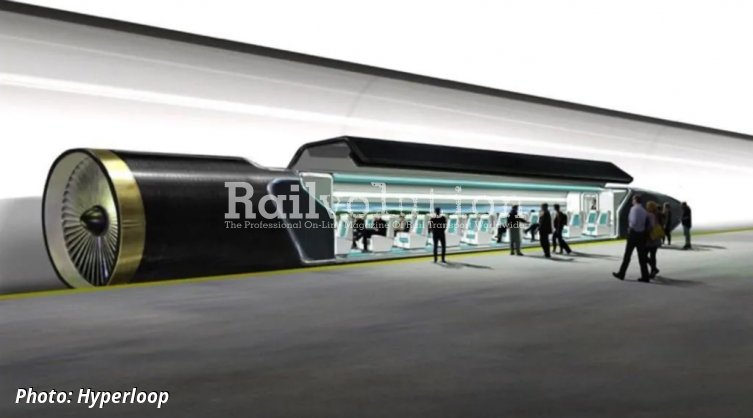 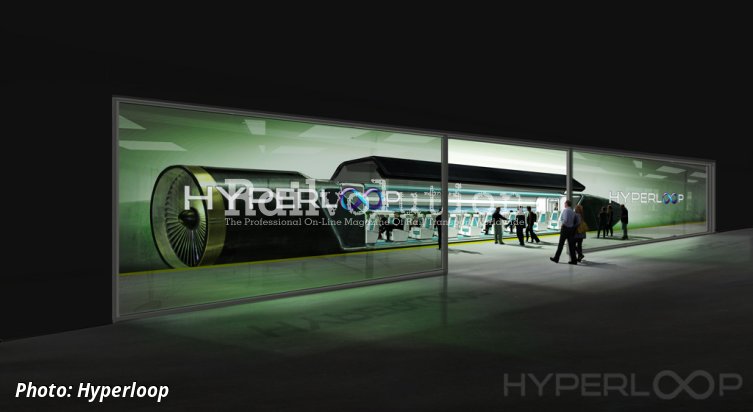 On a conventional high speed railway, where TSI INS would limit train length to 400 m, where train capacity is 1,000 seats, and where trains travelling at speeds up to 350 km/h run at four-minute headways, the transport capacity would be 15,000 seats per hour and direction. This is similar to the capacity of a two-lane highway on which four-seater cars are travelling with two-second headways between them.

On account of the extremely high specific power of vacuum tube systems, their developers envisage the use of very small, lightweight vehicles (capsules), with limited passenger capacity - a few dozen seats. Larger vehicles would require much higher traction power, and fixed-location traction equipment would also have to be of considerably higher power. We can express this mathematically by the following formula: P = k . m

For safety reasons, on account of the long braking distance required from a top speed of 1,200 km/h and of complicated junctions between tubes (the equivalent of sets of points on a conventional railway), headways between the vehicles running in vacuum tubes will have to be considerable.

Another matter which will have to be addressed is how to connect vacuum tubes and stations, where passengers are to board and alight in normal atmospheric conditions. There are two possible ways of solving this:
- a hermetically sealed passage with normal atmospheric pressure could be used to connect the entrance doors of the vehicle to the station area away from the vacuum tube itself (like the connection between a submarine and a bathyscaphe),
- airlock chambers could be fitted to the vacuum tube at either end of the station. When a vehicle is stationary within the station, that part of the tube could then be flooded with air, while passengers alight and board. Afterwards the air would be drained from the station area, and the airlocks opened. An airlock would also be necessary on the access passage used by passengers to reach the boarding/alighting area within the station.

A separate issue is the strength and airtight nature of the vehicle’s entrance door. On today’s conventional high speed trains the entrance doors are designed to provide a perfect seal, since the interior of the train is pressurised. This means that the doors are anchored closed at several locations and are designed to withstand pressure waves of up to 7 kPa under extreme conditions, such as when trains pass each other in double track tunnels. Thus the doors, which each have a surface area of about 2 m2, are occasionally subjected to pressure waves, or vacuum forces, of around 14 kN.

In contrast, Hyperloop vehicle entrance doors, of similar dimensions to those on high speed trains, will be subjected to a continuous pressure force of 200 kN, i. e. 14 times greater. So these doors will have to be very strong, and ensure very tight seals. Many images suggest that Hyperloop vehicles will have sidewalls which open fully - these would have a surface area of around 40 m2. In a vacuum environment they would be subjected to a force of around 4,000 kN, and that is most probably outside the bounds of practical design possibilities.

Evidently none of the aforementioned station designs would be easy to realise, nor fast to operate, and would also require the use of energy to pump air in and out. A stationary vehicle would slow down a following vehicle, and place both vehicles at risk of a collision. Safe operating headways and distances would have to be maintained. Suggestions that vacuum tube transport systems could operate with vehicles running at headways of between five and ten minutes would appear to be very optimistic.

In some promotional leaflets of vacuum tube systems with operating speeds of 1,200 km/h headways as close as 40 s are suggested. These are unrealistic values compared with existing transport systems. Conventional metro systems, with trains running at top speeds not exceeding 80 km/h, are capable of handling headways of between 100 and 120 seconds.

Headways of between 60 and 90 seconds could be achieved on a metro system with a rubber-tyred metro train fleet, again limited to 80 km/h, with all wheels powered and electrodynamic braking being applied to all wheels, with infrastructure equipped with moving-block CBTC (Communications-Based Train Control), with short dwell times at stations, fast door open/closing (without pressure-tight requirements) and with only some of the passengers boarding and alighting at each station.

The aforementioned examples refer to systems which, compared with a Hyperloop vacuum tube, would have an operating speed 15 times lower, and requiring specific kinetic energy 225 times lower (0.07 kW/t as opposed to 15.4 kWh/t), to determine braking distance, braking time, and distances between trains.

Both braking time and the time spent modifying air pressure within stations must both be taken into account in system design. The end result of a transport system working with small capsules would appear to be a high speed transport system which is only capable of moving a few hundred people in either direction during the course of an hour, and which would in no way be demand-responsive or able to cope with traffic peaks. Again, this can be expressed mathematically, as follows:

P … system capacity (passengers per hour, in each direction),
Nc ... number of passengers in each vehicle,
Ti … headway, in minutes, between vehicles.

A complete caption for picture 1: The Hyperloop test vehicle XP-1 (eXPerience-1) at the Nevada test track on 27 July 2017. The vehicle is equipped with power electronics, acceleration, cruise and braking systems. But it appears that some vital components, such as the air supply tank for the passenger accommodation, are missing.

A complete caption for picture 3: One of the many futuristic images of an operational Hyperloop system. Whoever designed this imaged did not consider what the function of the ventilator at the rear of the vacuum tube vehicle could be for, how the vehicle could enter at a platform where, clearly, normal atmospheric conditions prevail, or where a vehicle running through a vacuum tube will receive air of sufficient quantity for its occupants to breathe during a journey.

A complete caption for picture 4: This image, a more advanced version of the picture 3, shows a proposed Hyperloop station, in use. It looks rather like a station on an automated metro, with its platform screen doors. The generously designed platform area beyond the glass partition suggests that the designers did not worry about how long and how much energy it would require to pump the air out of the platform to recreate the vacuum needed before the vehicle could start to move again.