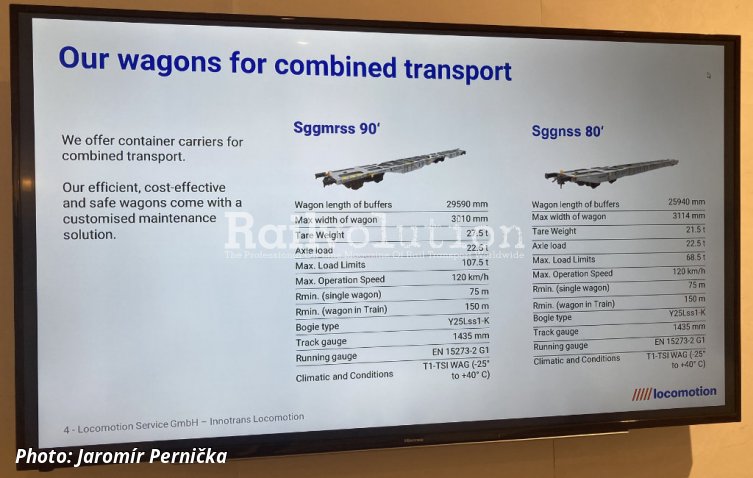 At the stand of Vossloh Rolling Stock also its subsidiary Locomotion Service was presented, which is based in Kiel and has been maintaining and servicing Vossloh locomotives since 2001. Since this year, however, it has expanded its portfolio to include a wagon rental offer, including full service and ECM. The company focuses exclusively on intermodal and combined transport, i. e.  container wagons.

Locomotion Service has already completed its first contract with them, supplying a total of 150 wagons to Hupac. Further orders will depend on the concrete circumstances: although the wagons are available for delivery within 12 months of ordering and their production cost is lower than that of their European counterparts, they are instead incurring high costs due to the long transport distance from China, which is now also linked to the uncertainty of global transport chains.