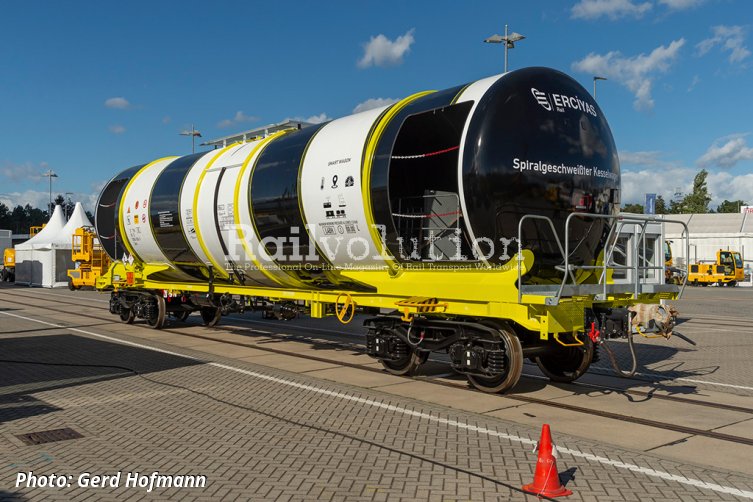 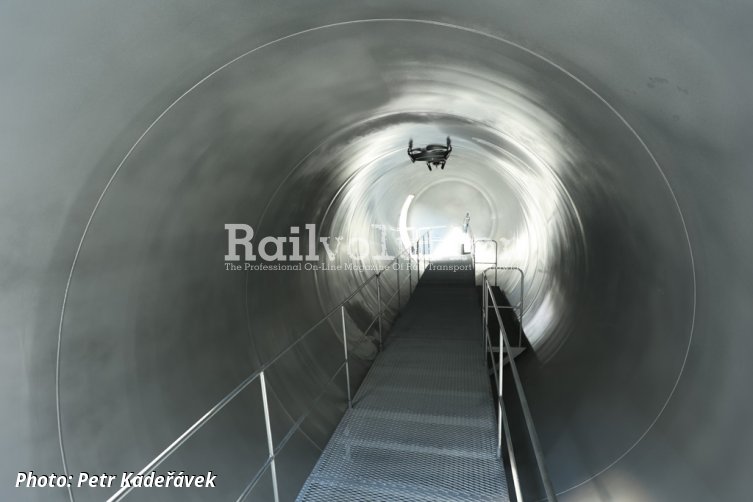 In addition to the traditional exhibitors, two Turkish wagon manufacturers presented their vehicles on the outdoor area.

Predecessor of company active now under name RC Endüstri Ulasim Araclari was established in 2003 under the name RC Engineering, as a provider of maintenance and repairs of wagons for the domestic market. In 2011, first wagon body (hopper) was produced and after the company was acquired by Erciyas Holding in 2016, it was renamed to RC Industry (RC Endüstri) and started the way towards strengthening its role as a manufacturer of rolling stock. In subsequent years, it established itself as a manufacturer of TSI certified Y25 bogies and wagons and their supplier to various European manufacturers. Its position in this industry is reflected in the change of name from RC Industry to Erciyas Rail to come in 2023.

The exhibited tank wagon was result of cooperation with its sister company Erciyas Steel Pipe, which is one of the leading pipeline manufacturers worldwide. Technology of the pipeline spiral welding was thus applied to design of tank wagon. The exhibit was rather a demonstration of this design for exhibition purpose, with the 98 m3 tank being cut for possibility to enter it to see the spiral structure not just from outside, but also from inside. The wagon is 16,400 mm long over buffers, has a tare weight of 22.5 t and top payload 67.5 t. Top speed is 100/120 km/h when loaded/empty.

The manufacturer states that FEA has confirmed that the spiral welded construction results in a 13 % stronger structure than in case of a standard welded tank in terms of stress coefficients. The manufacturing takes place under same conditions as that of pipeline, applying automatic submerged arc welding, ongoing simultaneously internally and externally, controlled by ultrasonic technology and it is also possible to do in-pipe sand-blasting and paint for spiral welded tanks.

The main aim of the exhibition was to collect opinions of the market. As of now the company has applied to RID certification and a patent for 62 m3 spiral welded tank. Prototypes for homologation purposes will follow in near future.

Manufacturer’s portfolio includes also 40‘, 45‘, 60‘, 80‘ and 90‘ container wagons, cereals/fertilizers hoppers, tank wagons and open double deck car carriers. One of its workshops is located in an industrial zone near Kargalıhanbaba, about 150 km to the east from Istanbul, and another one in Sivas, in central Turkey, about 450 km to the east from Ankara. The annual production capacity is 600 wagons, and for 2023 it is planned to build and deliver 750 wagons. By 2024, the plan is to move to a new facility that will have a capacity of up to 2,000 wagons per year.