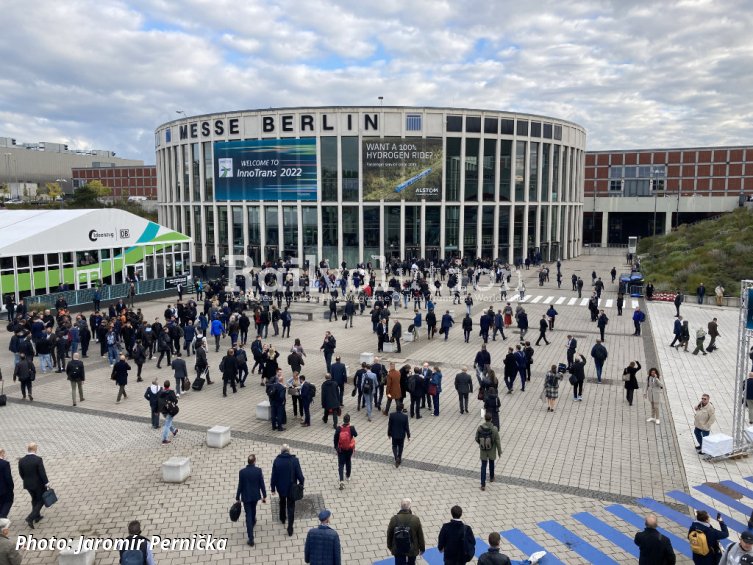 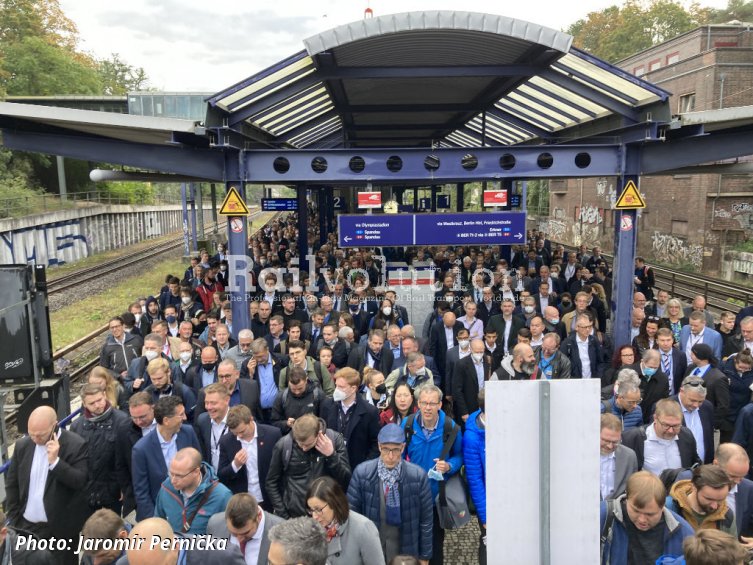 The (almost) entire world of transport technology and mobility met at InnoTrans between 20 and 23 September 2022. InnoTrans has existed since 1996, so this year was its 13th year. It was attended by 2,834 exhibitors from 56 countries and was visited by approximately 140,000 people from more than 130 countries who, in addition to the myriad exhibits in the halls, were able to see 128 vehicle exhibits in the outdoor area using approximately 3.5 km of exhibition tracks.

Over 250 world premieres of various products were announced (although it must be borne in mind that these announcements are often of products already in existence, here merely marketed, as is the case with many of the proclamatory signings of "InnoTrans" contracts).

At this year's InnoTrans the proportion of first-time visitors is particularly high at 56 %. A total of 57.3 % of visitors come from abroad. The high rate confirms InnoTrans' status as the world's leading trade fair. Trade visitors are primarily interested in rail transport technology, rail transport infrastructure and the outdoor exhibition area. This is followed by the new Mobility+ exhibition area, a platform for services and products relating to mobility complementary to public transport.

In terms of the number of exhibitors and participants, this is a slight decrease compared to 2018, when all the available space was occupied by 3,062 exhibitors from 61 countries and 145 vehicles were on show. In 2018, 155 world premieres were announced and over 400 innovations were presented. However, this decline (exhibitors by about 9 % and visitors by about 13 %) is a reflection of the fact that this year, InnoTrans could not attract visitors from Asia (specially from China, where there are absolutely draconian anti-human trafficking measures) and from Russia (due to international sanctions because of the invasion of Ukraine), so the number of companies from this part of the world was also smaller. In addition to CRRC, 36 companies from China were present, and 52 companies from India.

Taken together, however, given these facts, it is not such a dramatic decrease, as 161,157 visitors were recorded at InnoTrans 2018 during the four days of the fair; of these, 153,421 were professionals from 149 countries, with the share of foreign participants being 56.4%. At that time, people from South, Central and East Asia accounted for around 20% of all visitors.

The weekend of 22 - 23 September 2018 was also intended for the general public (Publikumstage) at that time, with the outdoor exhibits attracting approximately 12,000 visitors (fewer than before due to the inclement weather at that time). However, this kind of weekend exhibition was no longer offered by this year's InnoTrans, citing the fact that a general presentation of the railway for the general public took place shortly before the fair throughout Germany, under the title Tag der Schiene (Railway Day) on 16 - 17 September. And it can be assumed that this restriction was also made in order to reduce the costs (which are still rising) for exhibitors to attend the fair.