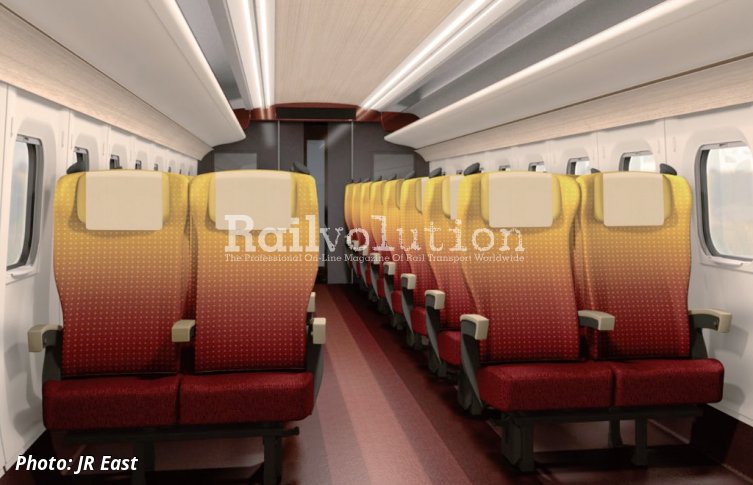 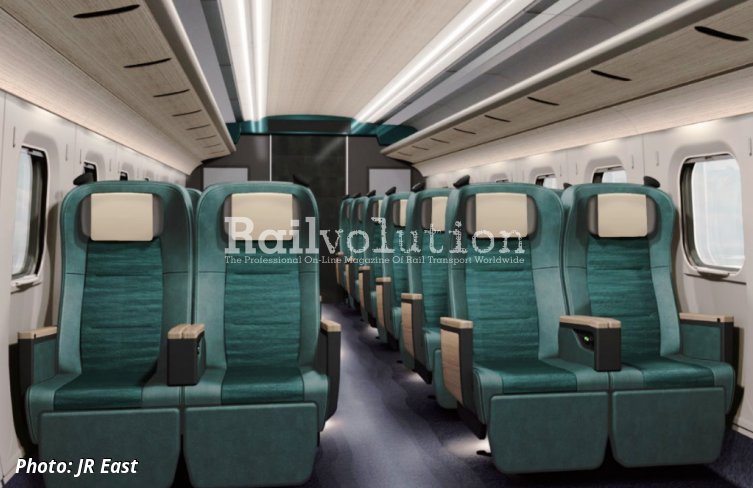 They are destined for Yamagata Shinkansen, the 148 km long conventional 1,435 mm gauge branch “Mini-Shinkansen“ line between Shinjō and Fukushima where it connects to the Tōhoku Shinkansen high speed line. E8s will be designed for a maximum service speed 300 km/h on the Tōhoku line, there on services to Tokyo usually running coupled with E5 Shinkansens. On Yamagata Shinkansen the maximum speed is limited to 130 km/h.

The trains will be dual-voltage for 20 and 25 kV 50 Hz. Five cars will be powered and two will be trailer cars. The bogie suspension will be fully active to maximise the ride comfort. There will be 329 seats in ordinary (second) class and 26 in Green (First) class. The aerodynamic nose cone will be about 9 m long, which is three meters more compared to Class E3, but less than these found on Class E6 Mini-Shinkansen with 13 m long nose cone. The author of the design concept is the KEN OKUYAMA DESIGN studio based in Yamagata prefecture. The Class E8 EMU is being designed by Kawasaki Heavy Industries.

First train is scheduled to be finished in September 2022, the complete batch of 17 trains is to be delivered until 2026. The current plan is to introduce the  Class E8 on commercial services from spring 2024, but this will be updated later according to the project development. The Class E8s will replace the Class E3 Shinkansen EMUs with maximum service speed 275 km/h, built between 1995 and 2009.

The second Yamagata Shinkansen project is a construction of the new elevated crossing in Fukushima station. Nowadays there is only one branch from Tōhoku Shinkansen HST connected to sidings, which mean the trains from Yamagata Shinkansen including trains to which these are to be coupled there have to cross main track of Tōhoku Shinkansen twice, making then bottleneck there. One more elevated crossing is to be built until 2026 to eliminate this point. The new line will consist of 760 m of the surface track and 540 m of the viaduct climbing to the station on the elevated HST.

New "approach track" described above is the red one on the image.
Image: JR East