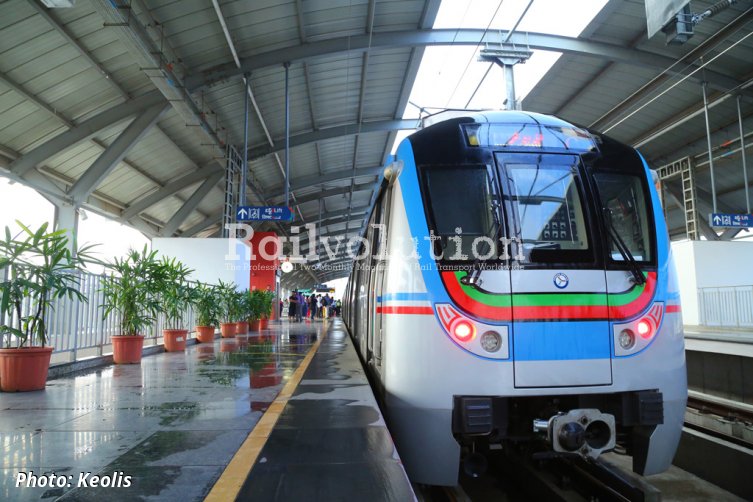 On 20 March 2019, following a ceremony in the presence of Shri E.S.L. Narasimhan, the Governor of Telangana, to officially launch a new section of Hyderabad automated metro adding 10 km to the existing 46 km network, Bernard Tabary, International CEO, Keolis Group, along with representatives of Hyderabad Metro Rail (HMRL), L&T Metro Rail, and Keolis Hyderabad, inaugurated the first passenger service in the direction of Hitec City.

Keolis Hyderabad was awarded the contract for the metro network by L&T Metro Rail in 2012. Since the network opened in November 2017, it has provided over 50 million passenger journeys. Once completed, it will be 67 km long and is expected to carry more than one million passengers per day. From Ameerpet to Hitec City, eight new stations spread over 10 km connect the west of the city to the east of Hyderabad. Eagerly awaited by passengers, this new section serves a major business district (Hitec City) where numerous IT and international pharmaceutical companies are located.

As well as the competitivity gains this mode of transport brings to the megalopolis, it is also predicted to significantly reduce road traffic in this part of the city which is regularly congested during peak hours. The opening of this section of the metro is expected to double the number of passengers across the network.

The new section is a technical achievement from an operational point of view. Apart from the numerous curves present along the route, the metros run on the new line according to the „twin single-line“ model, with each track capable of being used in either direction. This operational mode, made possible by the CBTC technology on which the Hyderabad metro system is based, will be used until the construction of the crossover track beyond Hitec City station.