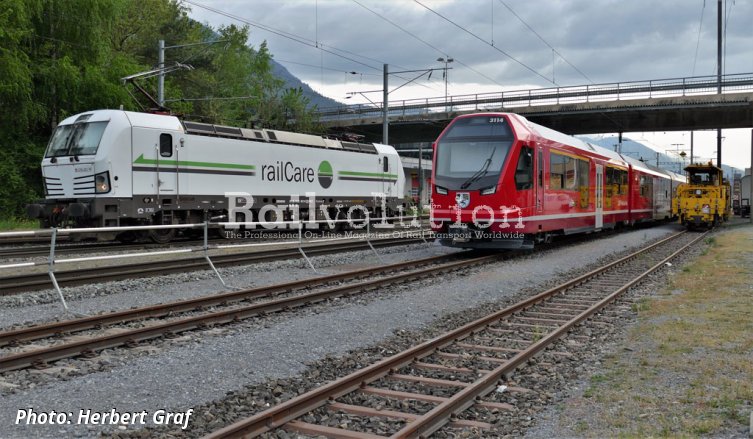 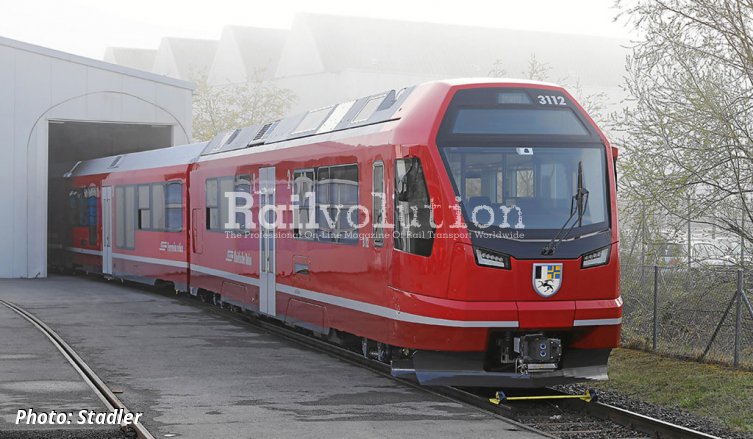 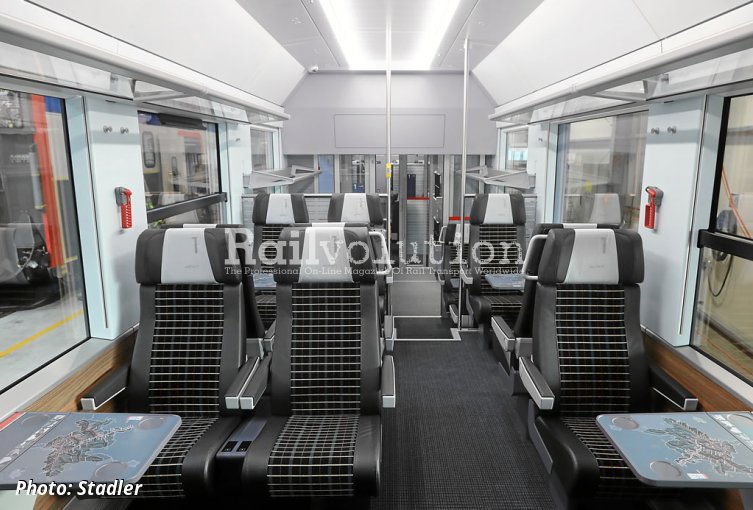 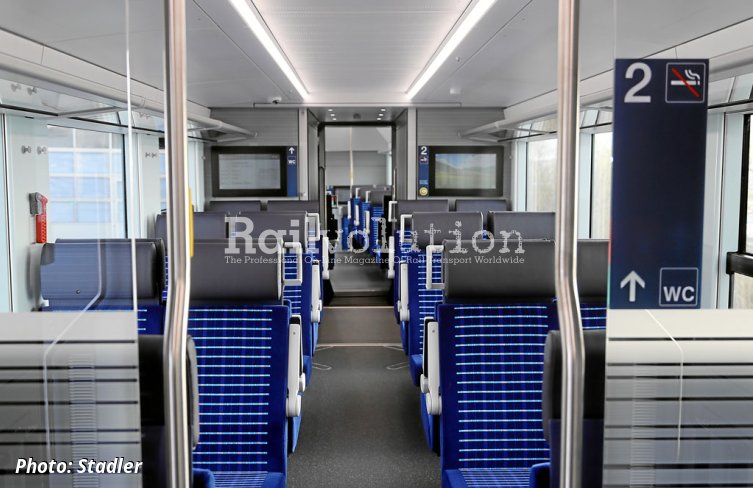 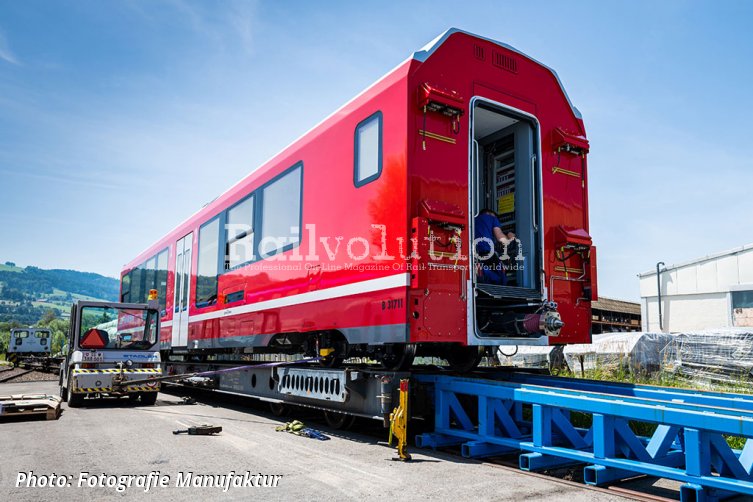 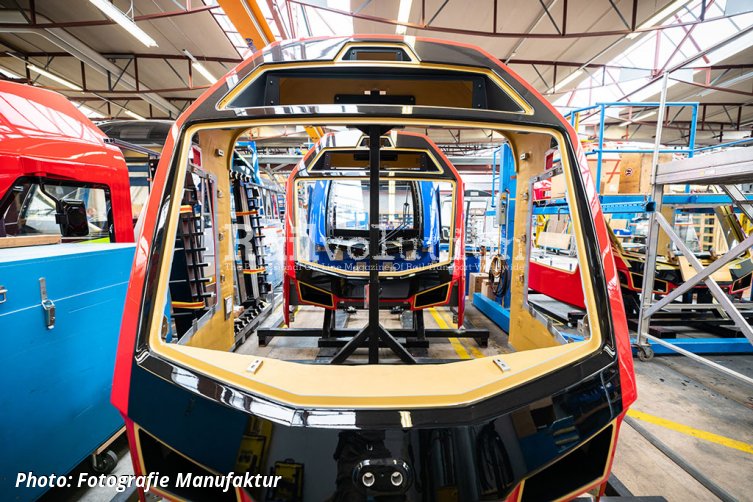 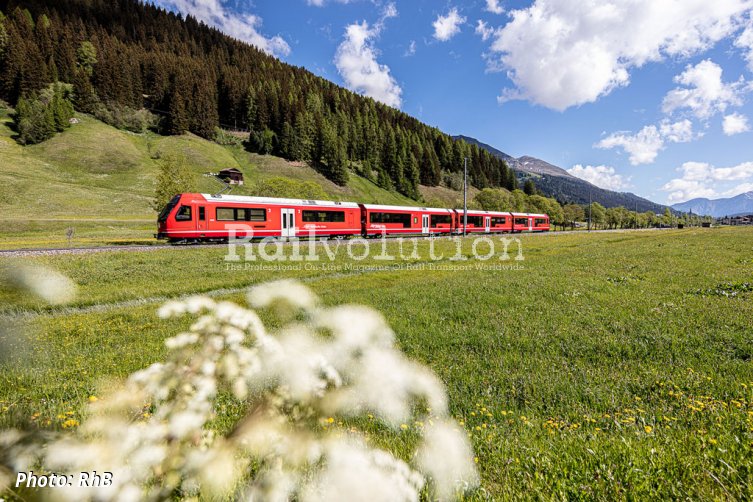 On 11 June 2020 Stadler announced that Rhätische Bahn will order 20 additional Capricorn EMUs worth 172.9 million CHF as part of its new „Strategy 2030“ to continue the modernisation of its fleet. This option call follows the original order of 36 trains which took place in 2016, which at that time was the RhB’s largest single order of rolling stock in its history. The contract has to be signed for the new batch in the near future (and has not yet been signed, as various media have mistakenly reported), the 20 additional trains are to be delivered from the beginning of 2023, following the delivery of the first batch.

RhB informed us: „The regular operation of the Capricorn EMUs has not yet started. The first unit will be tested in regular service on the Landquart - Davos - Filisur line next week. At present, five Capricorns are with RhB and in various stages of commissioning. Another two Class ABe 4/16 EMUs will follow until end of June. There will be no delivery in July, but starting in August it is planned that one Capricorn will be delivered per month.“ The regular passenger service with the first Class ABe 4/16 EMU starts today, on 17 June.

The information about the future Capricorn order is based on the fact that the RhB board of directors of has recently adopted the new „Strategie 2030“. It is based on the owner strategy of the canton of Graubünden, in which its government, as the main owner, defined the goals and expectations of the RhB. The operator has now been given the green light for two strategic focal points for implementing the owner strategy: RhB can order a further 20 Capricorn EMUs and has to professionalise its real estate business.

The Graubünden government expects that RhB as a mobility provider for all regions of Graubünden will offer a modern service. In recent years, RhB has made great efforts to modernise and standardise its fleet: it now incorporates the Allegra EMUs, the Alvra articulated push-pull trains and the universal driving trailers, and the deliveries of a batch of 36 Capricorn EMUs started. Nevertheless, even after this huge procurement, the average age of the RhB fleet will remain relatively high, at over 20 years. Therefore it was decided to order a further 20 Capricorns. The Federal government and the Canton have given the green light for this.

The RhB board of directors on 11 June 2020 also decided about the foundation of RhB Immobilien AG. In this 100 % owned subsidiary of RhB AG the operator will hive off selected real estate that is not required for rail operations. The RhB real estate department will remain responsible for the real estate of the rail infrastructure and rail production divisions such as stations, service buildings, workshops and suchlike. On this way RhB will separate its subsidised main business and the real estate (secondary) business, this in close coordination with the Canton and the Federal government.

The canton government stipulates that on this way RhB will participate in the increase in the value of the land and real estate through the targeted use and development of the areas and the objects which are not necessary for railway operation. It should realise a reasonable profit with reasonable risks and thus contribute to the improvement of the overall company result. RhB Immobilien AG will manage around thirty properties and the same number of building rights contracts with an asset of 45 million CHF. It will not have its own staff, but will obtain all services with corresponding contracts from the RhB real estate department and selectively from external specialists. Where appropriate, partnerships with private individuals are planned.

In late June 2016 Rhätische Bahn placed a 285 million CHF order with Stadler for 27 low floor four-car metre-gauge EMUs, with an option clause for 20 more. Later, nine more units were ordered, increasing the value of the contract to 361 million CHF. The fleet is designated ABe 4/16 3111 to 3146 and branded Capricorn. The capricorn is the heraldic figure on the coat of arms of Gotteshausbund („The League of God’s House“), now part of the Graubünden canton, the largest in Switzerland.

On 15 April 2019 Stadler presented the second train, 3112, at its Altenrhein works. These trains, formed by a powered end car and three trailers, one a driving trailer, are designated as Flügeltriebzüge (FTZ - translates as „Winged Powered Trains“). The first were scheduled to be put in service in late autumn 2019 between Landquart, Davos and Filisur, and will from 2021 be used in multiple to provide services between Landquart, Klosters and Davos/St. Moritz, splitting and coupling up en route to serve the two destinations.

For this purpose the end cars are fitted with automatic couplings. Between Landquart and Klosters the ability to split and couple up formations quickly will enable half-hourly services to be introduced on the mostly single track line, without the need to enhance infrastructure capacity, and with the aim to reduce the number of drivers. However, this line is about to be doubled, and work is already in progress between Landquart and Malans. The Capricorns are also to be used on local services in the Surselva (Chur - Disentis) and Unterengadin (Sagliains - Scuol) districts.

Only one end car is powered, resulting in a Bo’Bo’ + 2’2’ + 2’2’ + 2’2’ axle arrangement. While the two powered bogies and the trailer bogie under the outer end of the end driving trailer have a 2,000 mm wheelbase, all remaining bogies have one of 1,600 mm. All wheels have a diameter of 810 mm when new. The bodyshells are made of lightweight aluminium, able to withstand an end-on compressive force of 800 kN.

The trains will represent a significant advance in travel comfort for passengers using RhB services in Graubünden canton and also meet the requirements of the BehiG (Behindertengleichstellungsgesetz - Swiss Disability Equality Act). Each car is provided with one, centrally-located pair of 1,200 mm wide double-leaf entrance doors, with a threshold height of 450 mm above rail top. Above the powered bogies floor height rises to 1,053 mm above rail top.

There is also a generous provision of power sockets for personal electronic equipment. A modern passenger information system is installed, the video screens being linked to a front end located camera recording footage of the driver’s eye view of the journey. Although the passenger accommodation is air conditioned, a number of the windows can be opened - ideal for enjoying the fresh air in summer and for taking photographs of the landscape. This, however is a useful - and practical - feature on most of RhB’s trains.

Spacious multi-purpose areas are provided, with stowage space for bikes, luggage, prams and skis. One of these areas is adjacent to a wheelchair accessible WC cubicle, and has two wheelchair harness points. There is also a second, standard-size WC cubicle, also incorporating a water-saving urinal for use by gentlemen. Tactile information is provided for partially-sighted and blind passengers.

The Capricorns carry a similar red livery to that worn by RhB’s earlier Stadler-built „Alvra“ (the Romansch name for „Albula“) seven-car articulated push-pull trains. These have been in service since 2016 and are also referred to as AGZs (Albula Gliederzüge - Albula Articulated Trains).