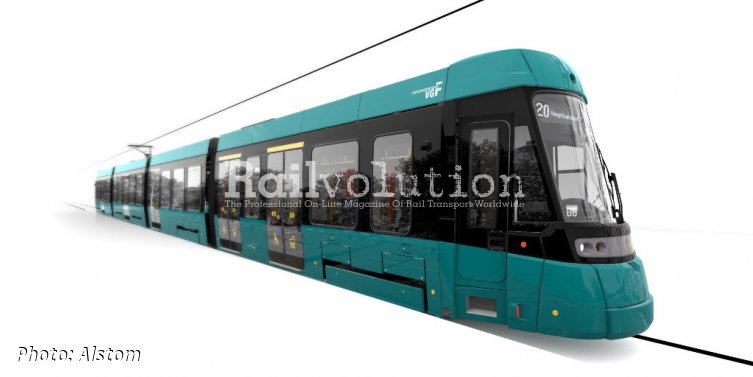 On 13 April 2022, Alstom has signed a supply contract with Verkehrsgesellschaft Frankfurt am Main (VGF) for 13 Citadis trams. By taking out an option, VGF is thus increasing its previous order of 45 new 100 % low-floor, barrier-free trams to a total of 58 vehicles.

The new order includes one three-car and 12 four-car Citadises. This means that Alstom will deliver a total of 34 four-car trams to the VGF. These have an 8.5 m central section, which extends the basic three-car 31.5-metre-long version to 40 m. The four-car trams offer 78 seats and 170 standing places, increasing the capacity of tram lines without timetable changes. The remaining 24 of the 58 new trams - with 56 seats and 135 standing places - are three-car ones.

In Frankfurt/M, designation along the alphabet has been common practice since the delivery of the first trams cars in 1899, which were designated Type "A", which is why the new vehicles are designated "T" by the VGF. The latter will put a total of 58 "T" trams into service, starting in 2022. They will initially replace the older Type "Pt" high-floor trams and then the first batch of "R" trams.