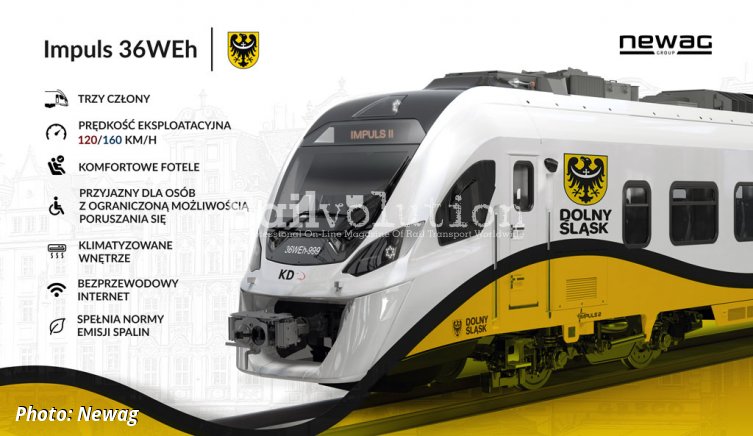 On 13 October 2020, a contract was signed between Newag and Koleje Dolnośląskie (KD) for the purchase of four three-car Impuls EDMUs for Lower Silesia. They form part of a six-strong option incorporated in the first order of two Hybrydas dated on 26 August 2020.

This means that a total of six Class 36WEh units will be used by KD, whose fleet currently consists of 27 Impuls EMUs. Moreover the operator may still use the option to order the remaining two Impuls EDMUs. The contract worth for all six Hybrydas is 137.4 million PLN (30.6 million EUR) netto. Deliveries of the complete batch is scheduled between April and June 2022. If the remaining two optional vehicles will be ordered, the contract worth will grow to 183.3 million PLN (40.9 million EUR) netto.

Województwo Dolnośląskie is the second voivodship in Poland, which has decided to purchase 36WEh vehicles - the first one was Województwo Zachodniopomorskie with two Impuls EDMUs with an option for ten more.