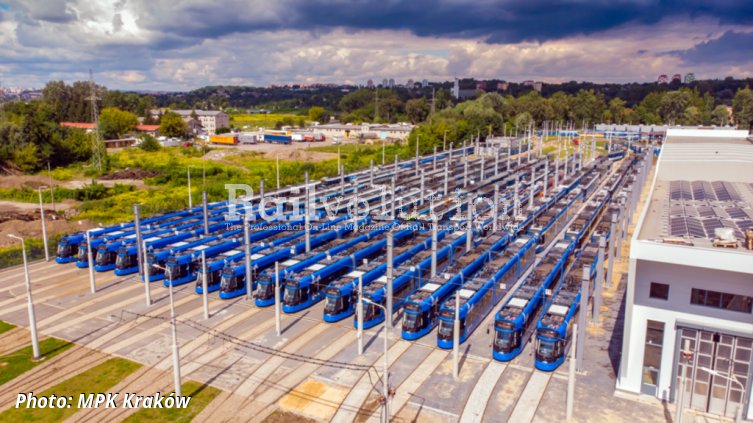 On 19 August 2021, the fiftieth Lajkonik (TANGO) tram arrived from the Stadler Siedlce works at the MPK Kraków Podgórze depot. At that time, 48 of the batch were already in operation. After the necessary tests were carried out, the last tram was put into regular service, which took place on 7 September, when it went on Line 9 Mistrzejowice (in the north-east of the city) - Nowy Bieżanow (in the south-east).

For many months now, these new vehicles have been seen not only on Line 9, but also on Line 14 Mistrzejowice - Bronowice (in the north-west of Kraków). Their delivery enabled to withdrawn 43 Type 105Na, E1 and c3 high-floor trams. This means that about 76 % of trams in Kraków are already low-floor and more than 60 % are air-conditioned, and also that 18 out of 22 tram lines run low-floor cars.

Two Lajkoniks are equipped with batteries enabling them to run on sections without overhead line, testing of this solution have started in December 2020. The remaining TANGOs are ready for future installation of this system. Lajkoniks are not replacing the old trams on a one-to-one basis, as the operational requirements are constantly growing, the frequency of services is increasing and the construction of new lines will soon be completed.

The order for the first 35 TANGO trams was signed in January 2018, with 15 more ordered in December 2018. The first Lajkonik was delivered to Kraków in December 2019. The tram was originally designed by the Stadler/Solaris consortium, but shortly after the order was placed, Stadler acquired the Solaris Tram division, so it is now the only manufacturer of the entire batch.