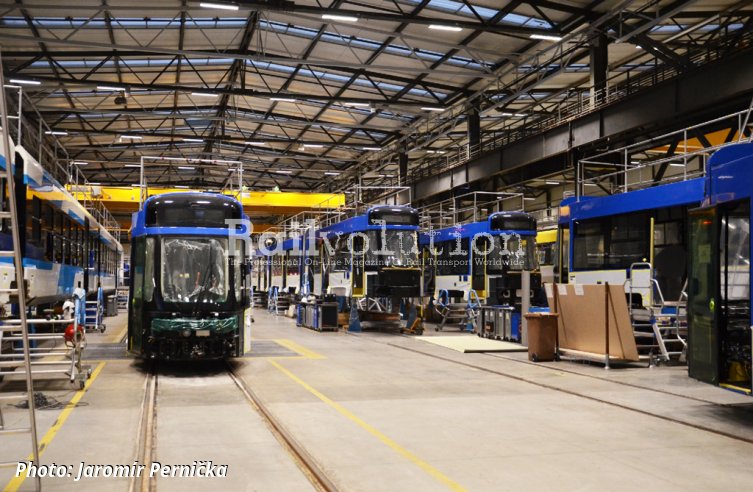 On 2 March 2020 MPK Kraków announced that it had chosen the consortium of Stadler Polska and Stadler Śróda as the supplier of up to 60 new TANGO Lajkonik low-floor trams. The offer, which was received by MPK Kraków on 17 September 2019, passed the positive assessment, the consortium being the only bidder. Each trams costs 8,371,600 PLN (around 1,95 million EUR), including spare parts.

The frame contract will be for 60 trams in total, in the first stage 10 Type TANGO Lajkonik trams will be purchased. Lajkonik is one of the unofficial symbols of the city of Kraków. It is represented as a bearded man resembling a Tatar in a characteristic pointed hat, dressed in Mongol attire, with a wooden horse around his waist. It is the subject of the Lajkonik festival held regularly in Kraków.

The final number of the new trams ordered will depend, among others, on the amount of EU funding. However, before the contract will be signed with the manufacturer, Stadler's offer will be sent to UZP (Urząd Zamówień Publicznych, the Public Procurement Office) of Warszawa for the so-called prior checking. Deliveries of the first 10 trams are envisaged to start in early 2022. They will be probably of the same design like that of the 50 three-section 70 km/h 33.4 m long Type TANGO Lajkonik trams now being built for MPK Kraków at Stadler Siedlce works, based on the January 2018 contract and to be delivered by the end of 2020.

The new trams will have at least six entrance doors and will carry at least 220 passengers. Two trams will be fitted with the traction batteries enabling them to run without use of the overhead line, while the others will be designed to be able to use this solution in the future. All trams will be equipped with air conditioning, a ticket machine, passenger information system, USB ports for charging smartphones and a passenger counting system.