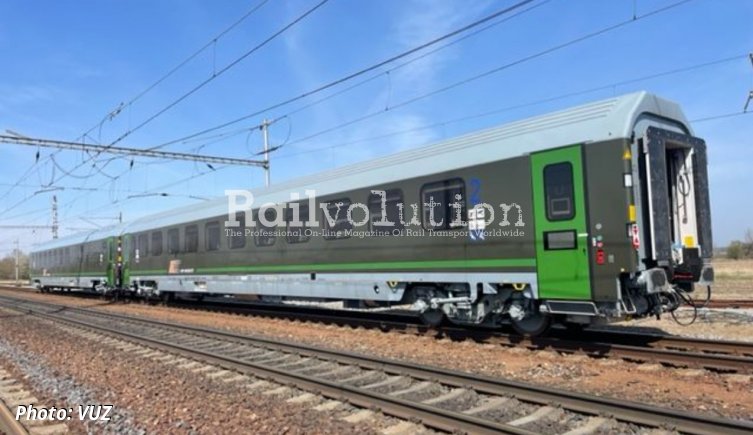 In February 2019 a contract from the Polish Army for eight new special passenger cars was awarded to FPS. Described as „wagon wojskowy“ (the „military car“), six are of Type 175A-30 open space cars, with 68 seats, the remaining two, of a Type 177A-30, offer 26 seats and wider facilities with more comfort for officers.

These new coaches will be operated and maintained by PKP IC, which will use them for domestic and international troop movements, so they are to be approved in the Czech Republic, Slovakia, Hungary and Romania in addition to Poland. On 13 April 2022, two of them arrived at VUZ Velim test centre.

The cars that arrived at Velim represent each of the described types and the purpose of their stay is the tests necessary for the approval of their operation in the Czech Republic. They are aimed at verifying the electromagnetic compatibility of the cars with the Czech railway network, specifically the EMC measurement of the electrical equipment in the vehicle and its auxiliary power supply (the diesel generators for an independent electricity supply). The tests are expected to take approximately three weeks and are scheduled to be completed by early May 2022.

In the coming period, FPS is planning similar tests in Slovakia, Hungary and Romania, but these are currently in the preparation phase, so the manufacturer has not yet provided further details. Approval for operation in all the above countries is based on the Polish Army's need to move its forces within NATO countries for allied exercises and operations, and the manufacturer has until 2025 to achieve all international approvals. These vehicles are operated and maintained by PKP IC, were delivered last year, and received type approval for Poland from UTK in August 2021.