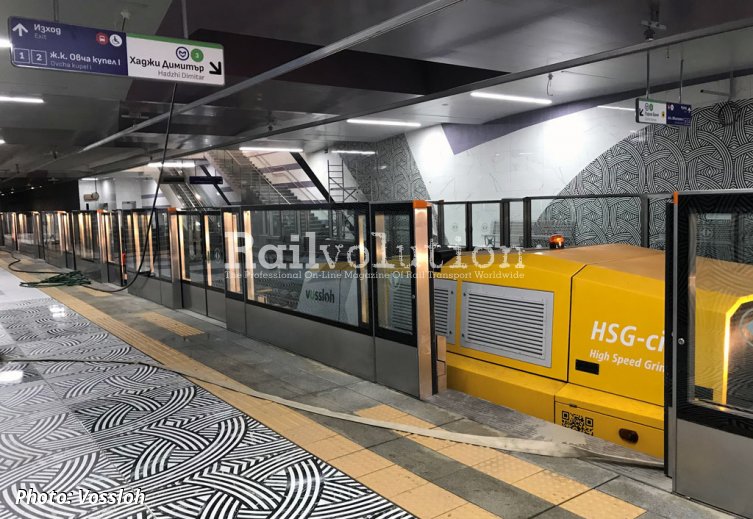 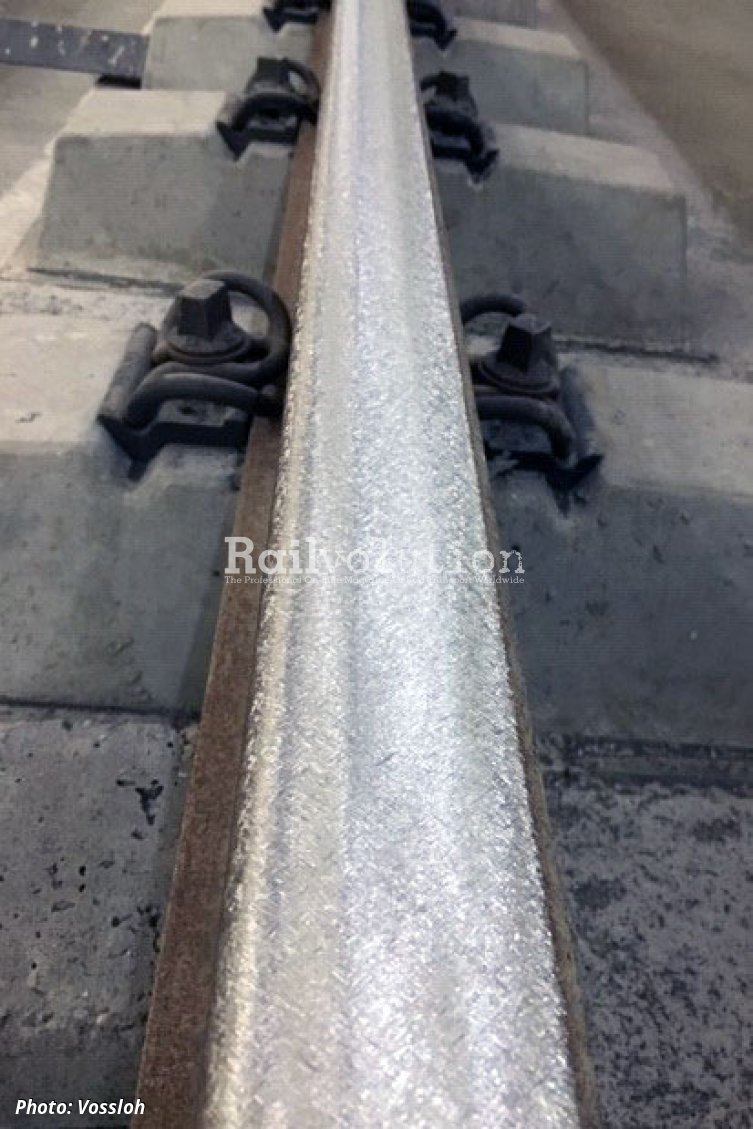 Before the new metro Line 3 in Sofia went into operation on 26 August 2020, Vossloh gave the newly-laid rails an initial grinding to prepare them for service. Removing the factory mill-scale not only extends a rail's service life considerably, it also lays the foundation for preventive rail maintenance. Over eight nightshifts in August 2020 Vossloh machined all the new rails of the recently laid, almost 8 km long stretch of the new green line, which links eight stations from Krasno Selo in the capital's south-west to Hadzhi Dimitar in the north-east and has two interchange stations.

Removing the comparatively soft external decarburised layer left over from the manufacturing process provides the basis for ensuring the rail has a long service life. Studies and research programs on the effects of mill-scale and decarburisation prove that removing this layer reduces not only wear but also the formation and spread of fatigue damage caused by wheel-rail contact (head checks). Over the long term, this results into enormous savings in time and money for the operators and/or infrastructure managers.

The order called for the removal of 0.2 mm of material. Grinding wheels with two different grain sizes were used to grind the newly-laid rails: first a rough abrasive to remove material and then a fine abrasive in order to achieve a surface finish that although smooth still has the appropriate rail roughness to keep noise emissions low. The technology of a high feed rate and passively driven grinding wheels always results in a rail surface that is free of facets, corrugations, periodic grinding marks or "bluing".

The swiveling grinding units re-profiled the rail head to exactly z-12. These units are also compliant with track installations such as level crossings or electronic switching equipment, which consequently do not require removal before the rails can be machined. There was also no grinding residue left on the track to collect and therefore no subsequent clean-up necessary.

The machining of the new rails was coordinated with the test runs of the new metro trains, and in retrospect the HSG-city's performance in Sofia can be seen as a real gain. High operating speeds of up to 60 km/h and the Vossloh team's flexibility meant that the HSG-city was able to fit in easily with test operation, working between different sections of the line in the 4 km and 8 km long tunnels.