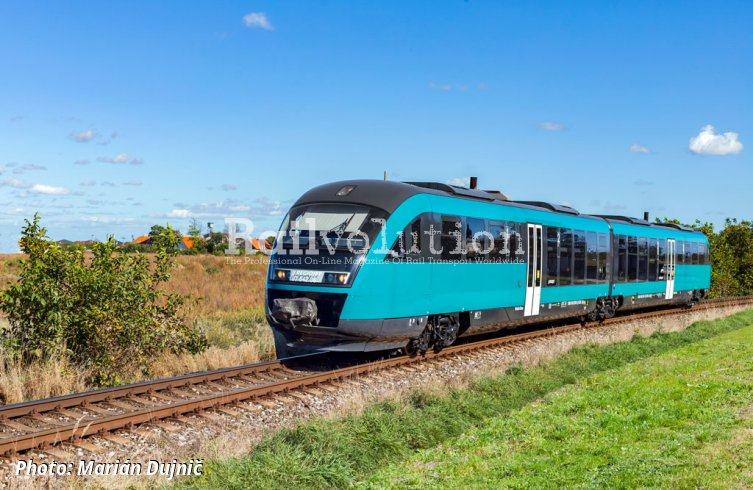 On 21 September 2020 the Ministry of Transport and Construction of the Slovak Republic announced that on 12 December 2020 RegioJet is to terminate its PSO operation on the Bratislava - Komárno line and is to be replaced by jointly operating ZSSK and ÖBB. Thus for RegioJet many existing trains used there will become unnecessary.

In early October a first Desiro Classic DMU appeared already in the colors of an operator, which will use it instead of RegioJet in the new 2021 timetable: it is VT 642.36, which was damaged in September 2019 in a derailment in the Bratislava main station and at the end of September 2020 returned from repairs in the St. Pölten works, however already in the Arriva corporate livery. So it differs from the current yellow vehicles which (so far) dominate between Bratislava and Komárno.