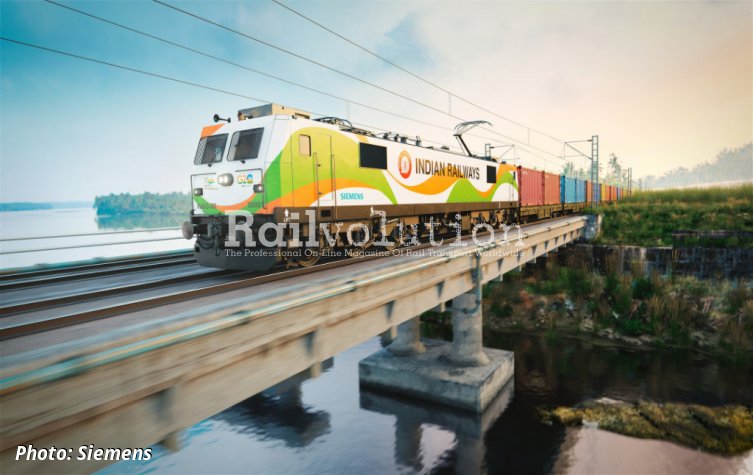 In early January 2023, Siemens Mobility has received an order for 1,200 freight locomotives of 9,000 horsepower (6,660 kW) from Indian Railways, marking the single largest locomotive order in the history of Siemens Mobility and single largest order in the history of Siemens India. The contract has a total worth of around 3 billion EUR, excluding taxes and price variation.

Siemens Mobility will design, manufacture, commission and test the locomotives. Deliveries are planned over an eleven-year period, and the contract includes 35 years of full service maintenance. The locomotives will be assembled in the Indian Railways factory in Dahod, in the state of Gujarat. Maintenance will be performed in Vishakhapatnam, Raipur, Kharagpur and Pune  depots. Locomotive assembly and maintenance will be implemented together with the staff of Indian Railways.

The 1,676 mm gauge 25 kV 50 Hz Co'Co' locomotives are specified to haul loads of 4,500 tons at a maximum speed of 120 km/h. They will be equipped with advanced propulsion systems that are also produced locally in Siemens Mobility factories in India. Siemens Mobility will use the power of its Railigent platform to deliver highest availability and performance.

Although Siemens says: „We are delighted to partner with Indian Railways and deliver one of the most powerful electric locomotives available“, this is, however, a rather exaggerated claim, as even a standard Vectron has a power output of 6,400 kW. And the Prima locomotives of the Class WAG12 supplied by Alstom to IR (contract for 800 units) have an output of about 9,000 kW, even though they are two-section machines with a Bo'Bo'+ Bo'Bo' axle arrangement.

India has one of the world’s largest rail transport and logistics networks used daily by 24 million passengers on more than 22,000 trains. The Government plans to increase the share of railways for freight transport to 40 - 45 % from the current approximately 27 %. India is one of the few countries in the world with an almost fully electrified rail network. As one of the world’s fastest-growing markets for rail, India has clear sustainability and technology goals to invest in state-of-the-art products to reach net zero CO2 emissions by 2030.

The history of Siemens in India dates back to 1867, when Werner von Siemens and his brothers built the Indo-European telegraph line from London to Calcutta. Siemens has been supporting Indian Railways with the latest technologies over many decades and offers a full range of intelligent and efficient technologies and solutions for passenger and freight transportation, including rail infrastructure and rolling stock.