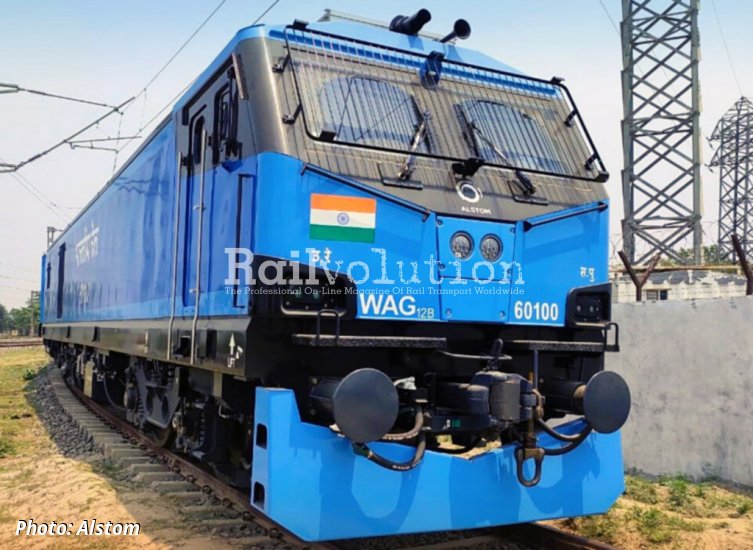 On 30 April 2021, Alstom announced that it has delivered the 100th Prima locomotive to Indian Railways. As part of the 2015 contract worth 3.5 billion EUR, the company will supply 800 two-section 1,676 mm gauge 25 kV locomotives built at Madhepura Electric Locomotive Pvt. Ltd. (MELPL), an Alstom (74 %) and Indian Railways (26 %) joint venture. The site has projected capacity of 120 locomotives annually, and Alstom has progressively achieved over 85 % localisation.

The first Class WAG12 (WAG12B) locomotives entered commercial service in May 2020. Having the power of 9,000 kW, they are capable to haul up to 6,000 t trains. On 14 October 2020 Alstom announced that these locomotives have been officially approved by the Ministry of Railways and RDSO (Research Designs and Standards Organisation) to run freight trains at a maximum speed of 120 km/h.

The Prima locomotives are transforming the heavy haul transportation landscape of India. Used on trunk routes, including Dedicated Freight Corridors (DFC), they have already clocked over around 5 million km, moving a wide range of commodities (like coal, cement, food grains, fertilisers, petrochemical products, minerals, parcels) across 17 Indian States and two Union Territories. They also made the inaugural run on the first fully operational DFC sections in December 2020.

In the 2020 - 2021 financial year, IR recorded a freight loading of 1,232 million tonnes, which was 2 % higher than in the previous fiscal period. Introduction of faster trains has helped to increase the average speed of transportation by 83 % leading to a shorter turnaround time and has supported the movement of essential freights during COVID-19 times.

The project also includes building of two depots: in Saharanpur (Uttar Pradesh) and Nagpur (Maharashtra). The latter will be functional in 2022, the former depot is currently operational and houses a Training Centre equipped with a simulator and classrooms for drivers. Until now, more than 500 drivers from Indian Railways have been trained there, and 500 more will be trained each year.