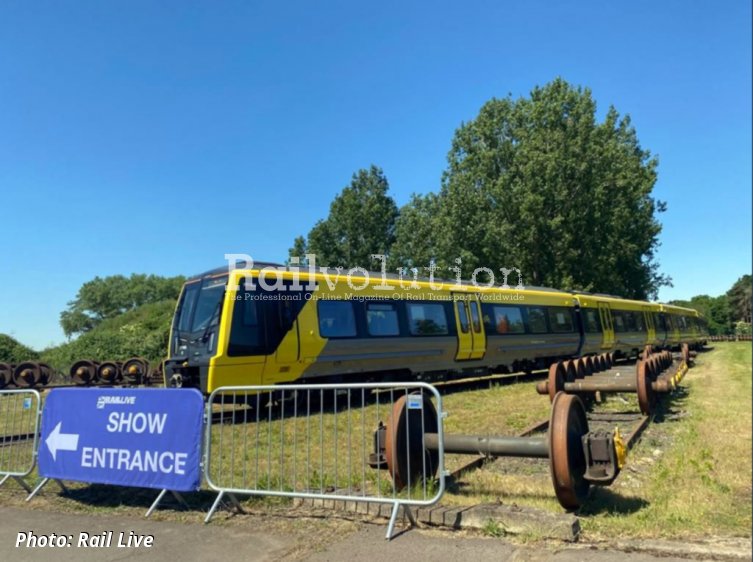 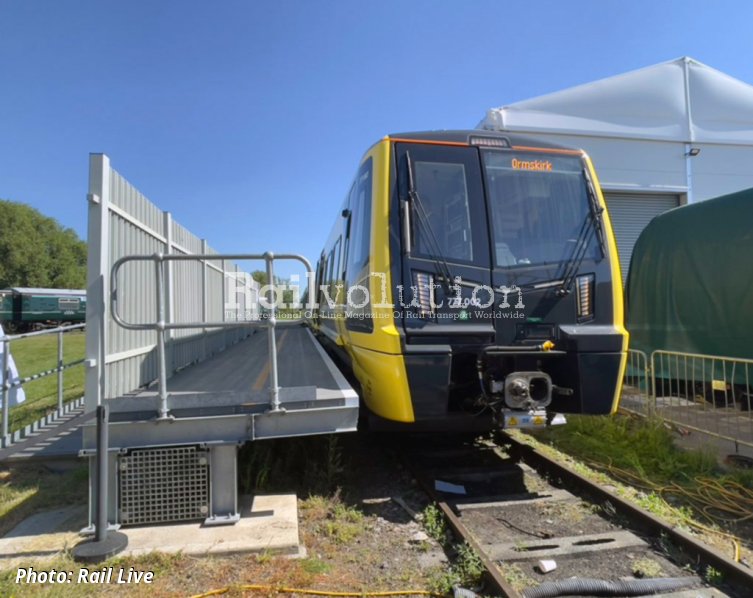 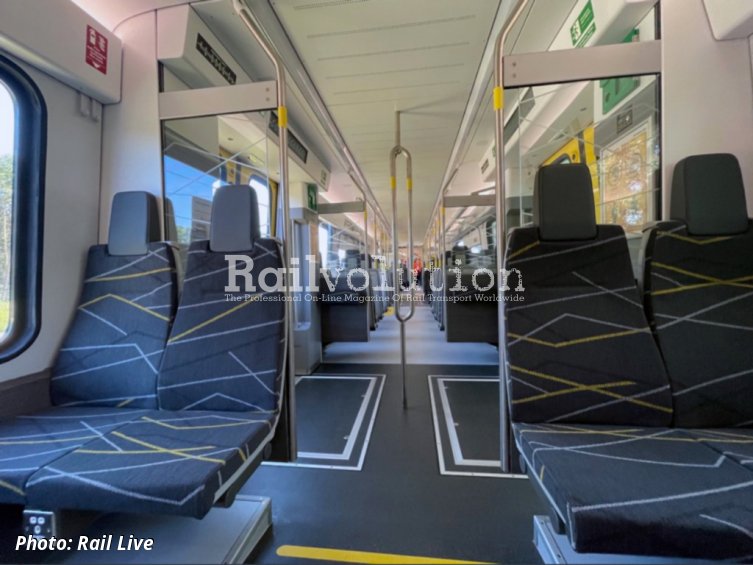 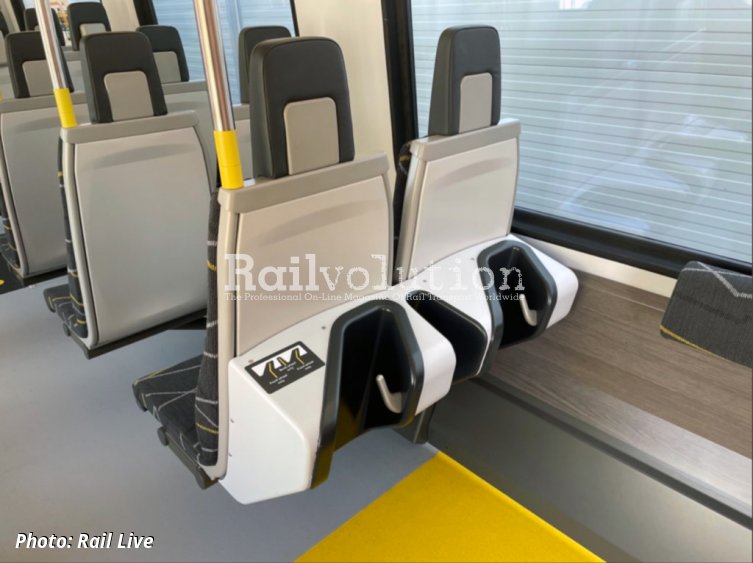 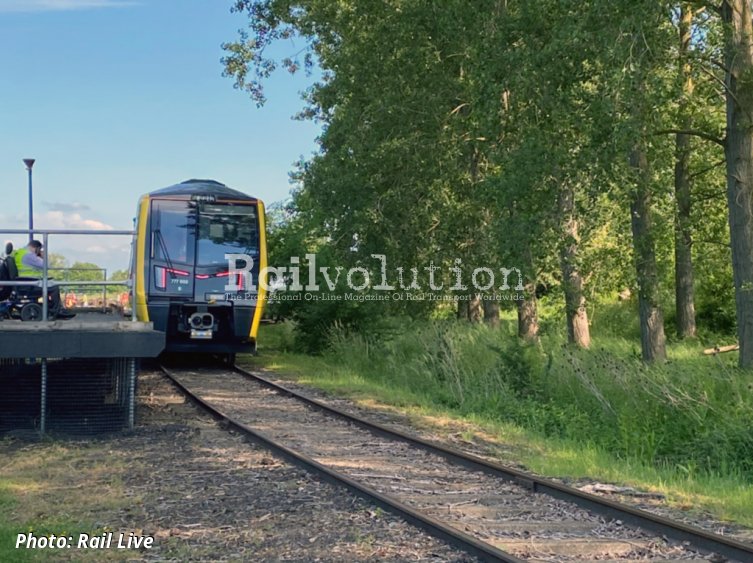 Stadler showcases its first Class 777 BEMU at the first post-covid outdoor UK rail event, and the country’s largest rail event of its kind, held between 16 and 17 June 2021 in Warwickshire. It is the first time that Stadler exhibits one of its products at the latter event. The train in question is 777 002, which forms part of a batch of 52 units ordered by in 2017 by the Liverpool City Region Combined Authority for the Merseyrail network.

This is the battery powered electric multiple unit (BEMU), designated by Stadler as an independently powered electric multiple unit (IPEMU). It will be able to travel for 25 km before batteries have to be charged, which can be done quickly through the third rail at 750 V DC. This prototype train is designed to run up to 120 km/h when collecting current and 80 km/h in the battery mode. It has the same amount of seating, and high levels of passenger comfort as the EMU. All of the equipment is mounted in the underframe and roof, so the fleet can easily be converted into BEMUs, if required.

David Powell, Programme Director for the Liverpool City Region Combined Authority, commented: „The Class 777s are set to become the Merseyrail fleet for decades to come. The ability to deploy these as BEMUs gives us a very powerful tool to widen our network and to further improve our green credentials.”