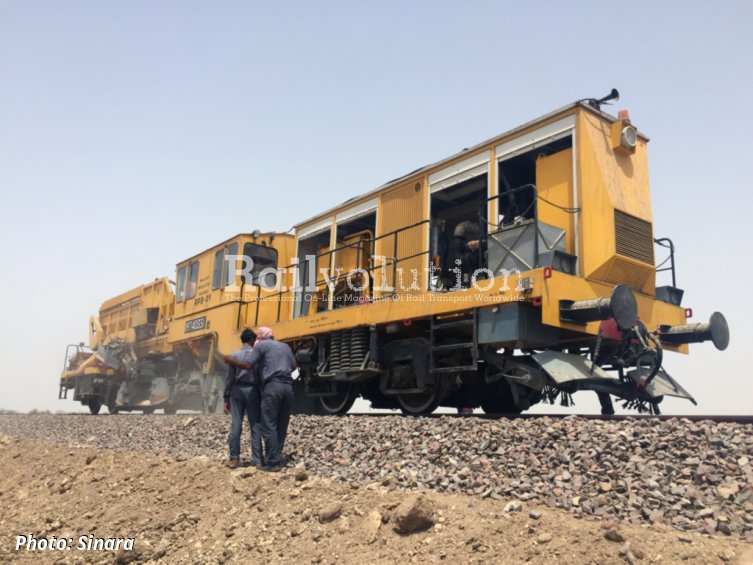 On 12 January 2021, the first set of the Russian-made components and assemblies for the Type RTM-32 track tampers arrived at the port of Chennai (in the southeast state of Tamil Nadu). The new export project of Sinara-Transportnye Mashiny (STM) includes two such sets, which were ordered in June 2020 by SAN Engineering & Locomotive Co. of Bangalore (in southwest India) for the purpose of manufacturing two RTM-32 machines to be delivered to Indian Railways (IR).

Each set includes electrical and mechanical parts produced by RPM (Remputmash) of Kaluga, a major Russian track machines manufacturer that belongs to STM. The tampers are of a new type developed for IR based on the design solutions that have been applied in Russia. The project involves a high degree of production localisation in India, since the Russian components are used for final assembly at San Engineering & Locomotives Co., where the Indian parts are also being produced.

The second RPM kit arrived at the Chennai port on 9 February. Subsequently, the final assembly of both RTM-32 tampers will start, involving STM specialists. It is envisaged that by the end of 2021 both tampers will be handed over to IR for pilot operation.

IR uses the STM-built machines since 2000. Its fleet incorporates track-laying cranes, dynamic track stabilisers, ballast regulating machines and track tampers. Their repair and maintenance has been arranged by STM and its local partners under the Indian Railways‘ Annual maintenance contracts.

Now, STM is focused on expanding its presence on the Indian market, planning to develop both industrial assembly and after-sale services in this country, aiming to expand its portfolio of orders and participate in respective tenders.

In 2020, STM also won the IR tender for the supply of 19 ballast regulating machines, a project also being developed within the „Make in India“ program aimed at developing joint ventures with foreign partners in the Indian territory.