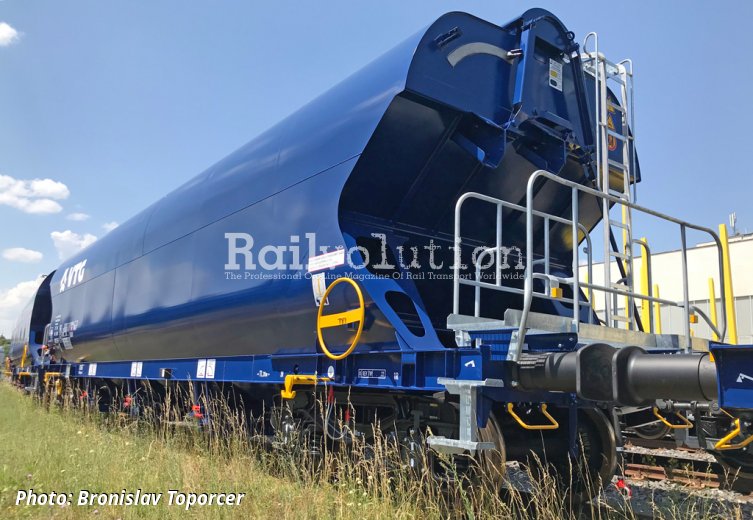 Around 100 wagons should be produced on this line by the end of 2022. This may seem too less, but it demonstrates the real possibilities of the industry's response to emerging requirements, as it is necessary to take account of available technical and personnel capacities, long-term planning of their use, and also contractual obligations for the supply of other wagons. Even so, the stated number is the result of the flexible operational response of the company. Tatravagónka was able to earmark necessary space for the new assembly line by moving part of its production to the new plant in Tlmače and partly to other production halls in Poprad.

The plan is to produce over 400 Class Tagnpps wagons with a volume of 95 m3 on the already established assembly line this year. The second line produces a new version with a volume of 103 m3. The latter wagons have a length over buffers of 16,000 mm, a tare weight of 21.2 t and a maximum loading weight of 68.8 t. Thus, a rake of 30 such wagons with a total length of 480 m can transport up to 2,060 tons of grain with a total train weight of 2,700 t (without locomotive/s). Mainly VTG and Ermewa are now the customers of Tatravagónka-built cereal wagons.