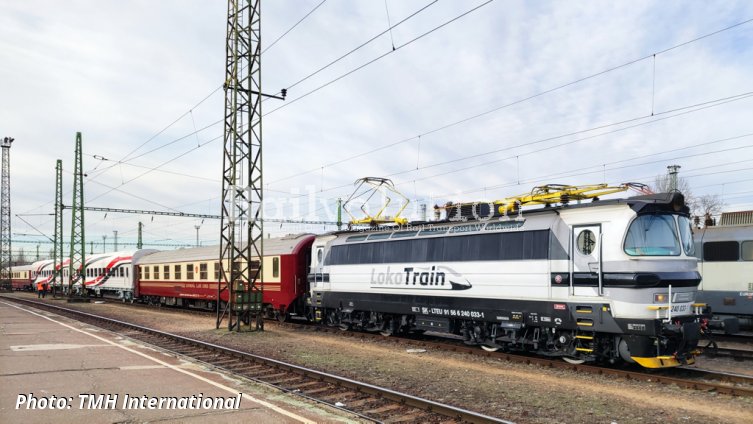 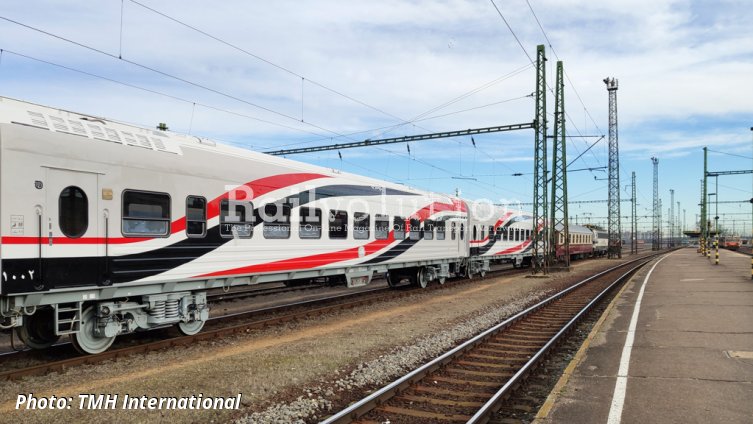 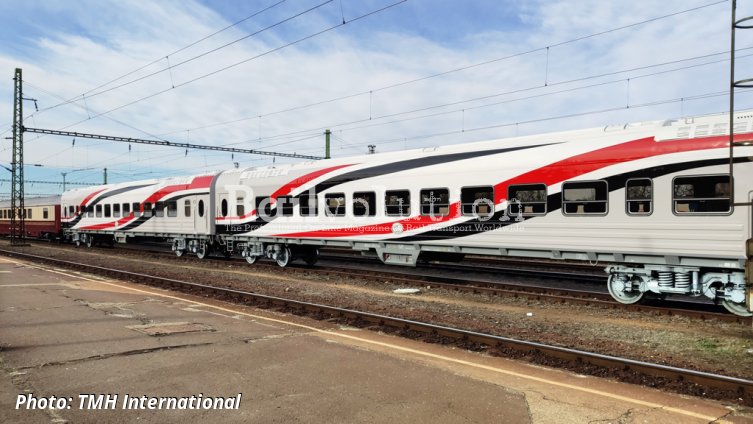 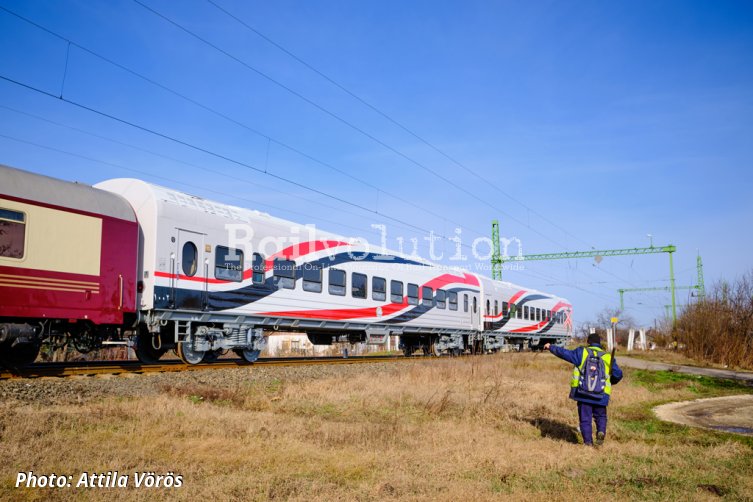 After having performed static tests on screw couplings and buffers, passing the S-curve and measuring weights in Hungary during January, the first two TVZ-built prototype cars for Egyptian National Railways started the test runs on the MÁV network on 6 February 2020.

The next series of test runs will be hauled by MÁV locomotives and the programme is planned as follows:
- the dynamic running tests on Lines 120 (Tiszatenyő - Mezőtúr section), 120a (Sülysáp - Rákos section) and 86 (Újszász - Jászkisér  section). These tests will last five working days.
- the brake tests on Line 120 (Mezőtúr - Murony section), lasting five working days.
- the noise measurements on Line 100 (Szajol - Debrecen section).
The exact test dates will always be decided upon actual weather conditions.

The test runs are supervised not only by TMH Hungary or TVZ technicians, but also by experts from the BME ITS which is responsible for the testing and certification process in Hungary. BME stands for Budapesti Műszaki és Gazdaságtudományi Egyetem (Budapest University of Technology and Economics). ITS is the Faculty of Transportation Engineering and Vehicle Engineering, which has been training engineers in the field of transportation and vehicle engineering since 1951. Among the BME ITS main targets are research, innovation and functioning as a NoBo and DeBo.

The test runs focus on dynamic running behaviour, braking system, measuring of inside and outside noise levels, and suchlike. Following the trials in Hungary, envisaged for two months, the cars will be sent to Egypt for the final endurance test run.

A half of the 1,300 ENR cars on order are to be built in Hungary at the Dunakeszi Jármüjavító works (DJJ), which TMH is planning to take over. TMH International states that the sale and purchase agreement was signed in late 2019 and the closing of the acquisition is expected in the first quarter 2020. The production of the first batch is about to start at Tver.

On 11 December 2019 TMH International announced that it had awarded a contract worth over 30 million EUR to South Africa's company SME Exports of Pretoria for 800 air-conditioning systems to be installed in the ENR carriages manufactured in Russia and Hungary. The number of HVAC systems is based on the fact that only 800 of 1,300 cars will be air-conditioned: 90 first class, 180 second class and 30 second class carriages with a cafeteria section, together with 500 of 1,000 carriages, which will have third class accommodation (the remainder will only have forced-air and natural ventilation).

These new Egyptian carriages are 24,500 mm long over buffers and the distance between bogie pivots is 17,200 mm. The bogies do not have cradles, and are equipped with two levels of suspension by steel coil springs, and with disc brakes. In addition to forced-air ventilation, natural ventilation is possible, with the lower section of the windows designed for opening, as is quite commonplace in Africa and southeast Asia, unlike the standard European method of having an opening upper section.

The cars are designed for a 40-year service lifespan, with bodyshells made of corrosion-resistant steel alloy, incorporating moisture-proof and heat-excluding materials. The entrance doors are designed to prevent the ingress of dust, sand and moisture, and the axle-boxes incorporate special heat-monitoring sensors, all these features reflecting the severe climatic conditions experienced in Egypt.

On 25 September 2018 ENR awarded a contract worth over 1 billion EUR to TMH Hungary to build 1,300 carriages for daytime services. The whole batch must be completed in 40 months after the contract coming into force, i. e. by January 2022.