The Delivery Of New Trams To Kraków Has Started 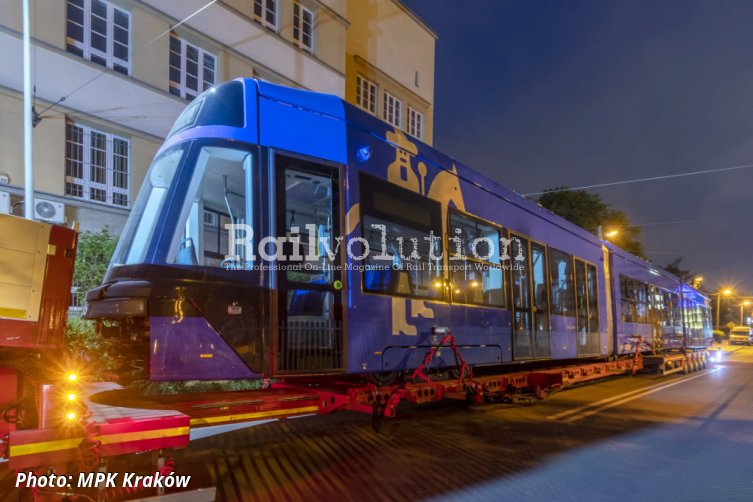 On Monday morning, 30 May, a new low-floor tram manufactured by Stadler was delivered to Kraków. It is the first of 60 three-car Lajkonik II trams scheduled for delivery by the end of 2023. After arriving at the Podgórze depot, the tram was taken off the special trailer. Before it is allowed to start carrying passengers, it has to pass tests and inspections necessary to obtain the approval.

The delivery is a continuation of a previous contract for 50 Lajkoniks. Two trams out of the 60 ordered will be able to run without catenary and the remaining ones will be designed in such a way as to be able to use this solution in the future. In this way, MPK is continuing the project which in future will also allow Krakow trams to run on those routes where there is no catenary available.