TMH And OVK Signed An Agreement On Cooperation In Africa 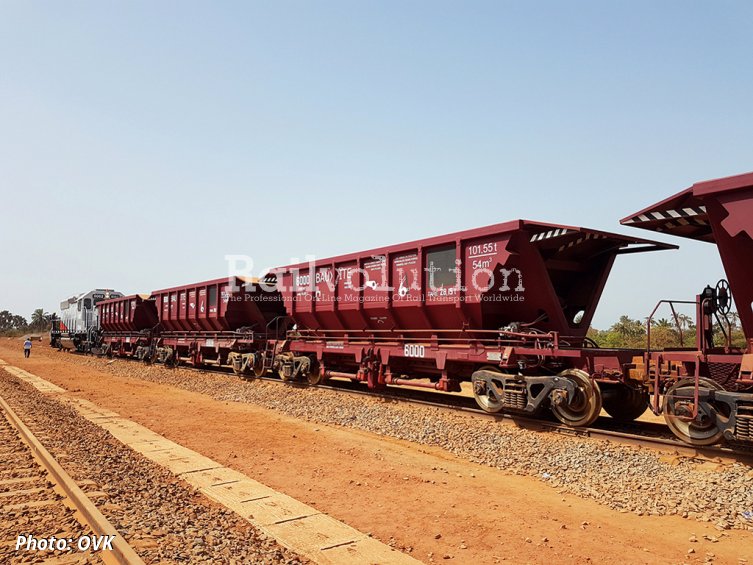 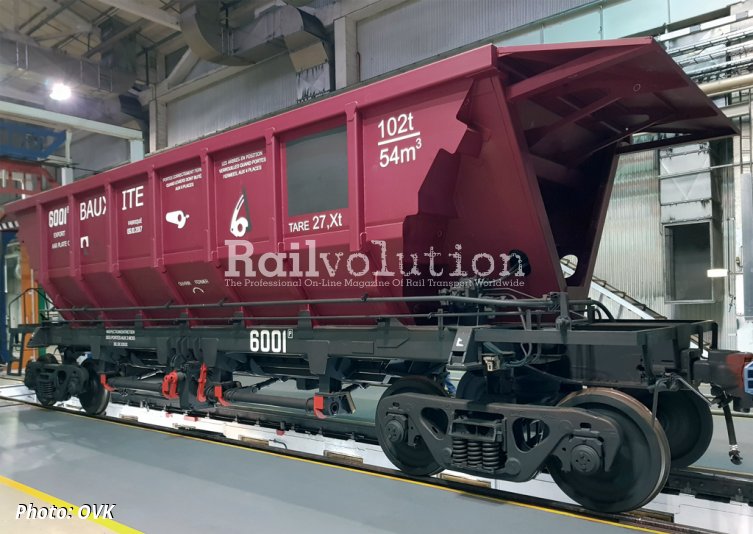 On 8 December 2020, TMH Africa and OVK (UWC) signed a framework agreement on industrial cooperation in the African continent. According to the agreement, the parties will jointly engage in the production and supply of narrow-gauge freight stock for the needs of African clients. OVK will be able to place orders at TMH Africa facilities on favorable terms.

The orders will be handled by the TMH Africa works located in Boksburg, Gauteng province, near Johannesburg. The range of activities includes the production and maintenance of wagons and their components.

In 2017 RUSAL (Russian Aluminium), one of the world’s largest aluminium producers, invited international tenders for 114 new hopper wagons for use in the Republic of Guinea to move bauxite from the world’s largest bauxite reserves (roughly 564 million tonnes), situated at Dian-Dian in Boké Prefecture.

RUSAL announced on 27 September 2017 that it was preparing to revive exploitation of the mine, which until 2012, when RUSAL halted mining, yielded around 3 million tonnes per annum. The objective was to develop a substitute for reserves that are becoming depleted at the Kindla bauxite mine. It is estimated that there are sufficient reserves at Dian-Dian for around a century of exploitation.

Dian-Dian is situated about 250 km north of the capital and Atlantic port of Conakry, and is served by a 1,435 mm gauge, 136 km railway from the port of Kamsar to Boké and Sangarédi, built in the 1970s and owned by the Compagnie des Bauxites de Guinée (CBG) mining company. Around 12 million tonnes of bauxite annually are moved over this line.

The tender for the new hopper wagons attracted interest from wagon builders in Russia, North America, China, South Africa and Ukraine, and against this competition the contract was won by OVK. The wagons were built by TikhvinSpetsMash of Tikhvin. The first ten wagons were despatched to Guinea in December 2017, and the remaining 104 by April 2018.

The hoppers have not been given a Russian Model designation number. They were developed by OVK subsidiary VNITsTT, and are of a completely new design, complying with the AAR (Association of American Railroads) standards, these also applying to the dimensions, bogie, coupling and brake equipment. The structure of the wagons is designed to cope with the corrosive conditions of the West African humid tropical climate, and the abrasive conditions encountered in the transport of ore from mining locations.

These were the first 1,435 mm gauge wagons built and designed by OVK, and are mounted on Barber S-2-HD-9C bogies, with a 32.5 t axle-load, which was also the primacy for OVK. 12,440 mm long, the wagons are 3,330 mm wide and 3,459 mm high above rail top, and are designed for a top service speed of 70 km/h. They weigh 27.7 t tare and can carry a payload of 101.5 t, the loading volume being 54 m3. One of their unique features is a rapid discharge system between the rails through two hatches on either side of the base of the hopper, totalling 5.5 m in length.