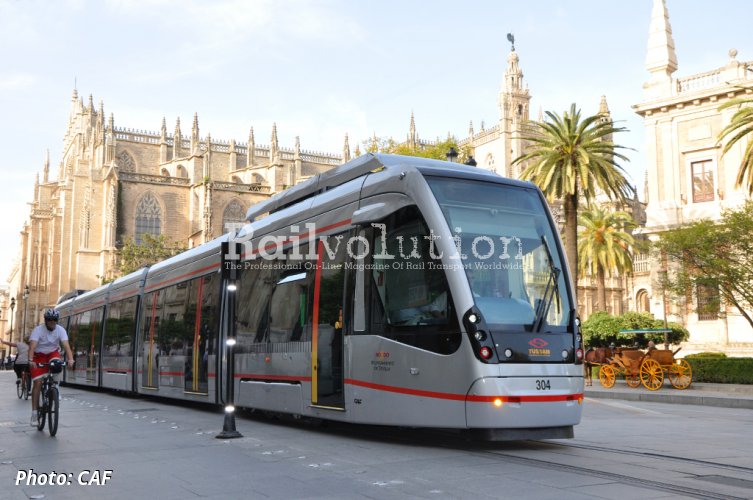 On July 21 Sevilla 2022 city council, acting on behalf of operator TUSSAM, placed a 33 million EUR order with CAF for two new five-section 100 % low floor Urbos trams, the contract including four years of maintenance. The agreement also incorporates an option for up to three more trams.

The Urboses will be fitted with batteries to traverse parts of the network in the historic city centre where, for aesthetic reasons, there is no overhead wire. Deliveries are scheduled for the end of 2023, the new vehicles then joining the original fleet of four Urboses, which has been in service since the line through the city centre from San Bernardo station to the Plaza Nueva was inaugurated in 2007.

Fleet expansion is necessary because the line is currently being extended from San Bernardo via San Francisco Javier and Eduado Dato to Centro Comercial Nervión. The 12-month construction contract for this 1.4 km extension was awarded to Sando and Vías y Construcciones for 14.9 million EUR in December 2021. 80 % of the scheme is being co-financed from EU funds. The principal civil engineering feature will be a tunnel under the junction between calle Ramón y Cajal and calle San Francisco Javier. At a later stage (as yet no timescale has been announced) a further extension will take the line to Sevilla Santa Justa station.