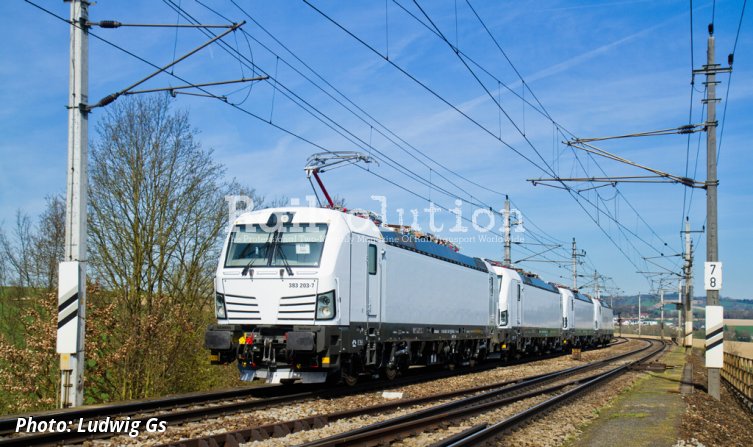 In April 2018 ZSSK CARGO invited tenders for the hire of ten modern multi-system locomotives (see Railvolution 2/18, p. 13). There were two bidders, Bratislava-based S Rail Lease s. r. o. and ELL Germany GmbH Gräfelfing. Both bids were deemed to have fulfilled all the criteria specified in the tenders and on 29 October there was a public offering of the „Criteria“ part of the tender in the presence of authorised representatives from both lessors.

The final procedures regarding the tender were concluded on 23 November, definitively confirming S Rail Lease as the lessor of the new locomotives, which will all be Vectron MSes. The first two machines are to be delivered over the coming 15 days - by 9 December 2018, and the next two by 9 January 2019, a further three by 1 March 2019 and the final three by 1 April 2019.