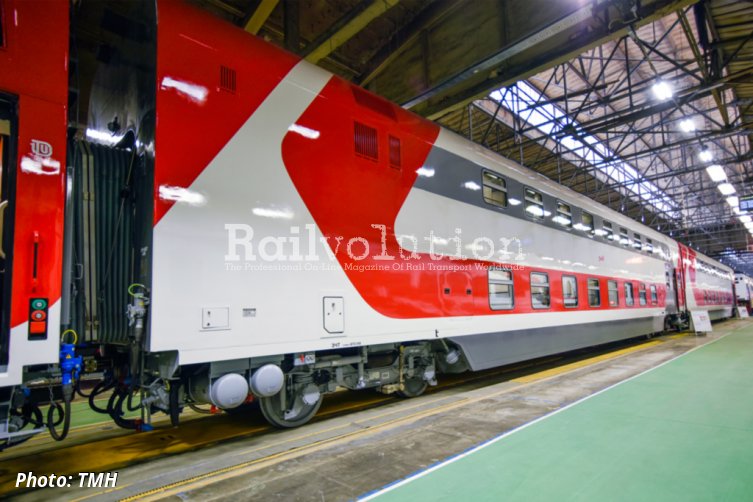 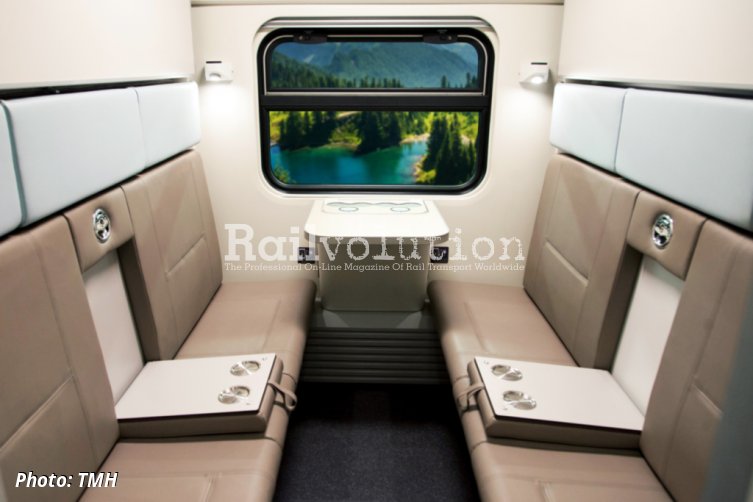 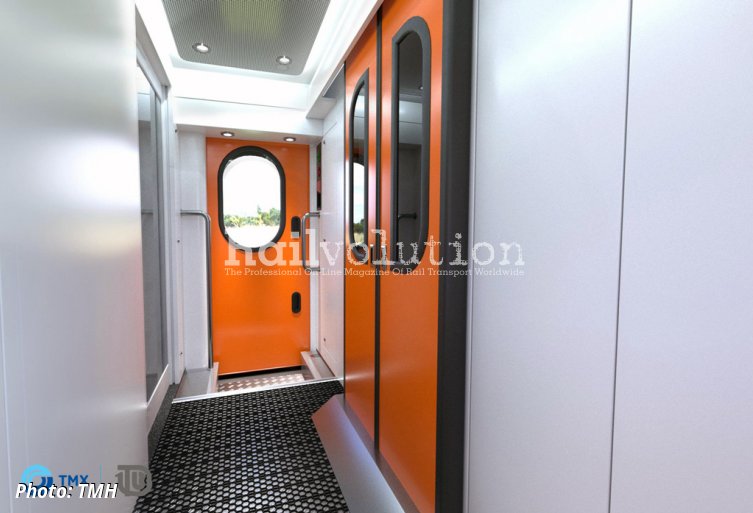 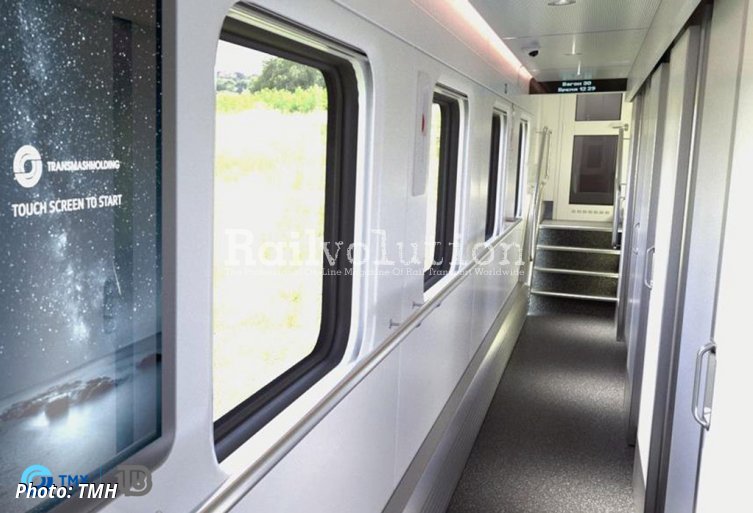 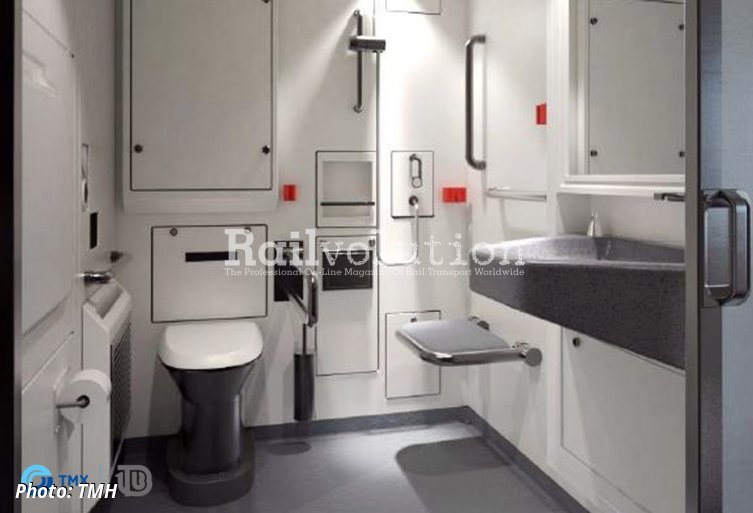 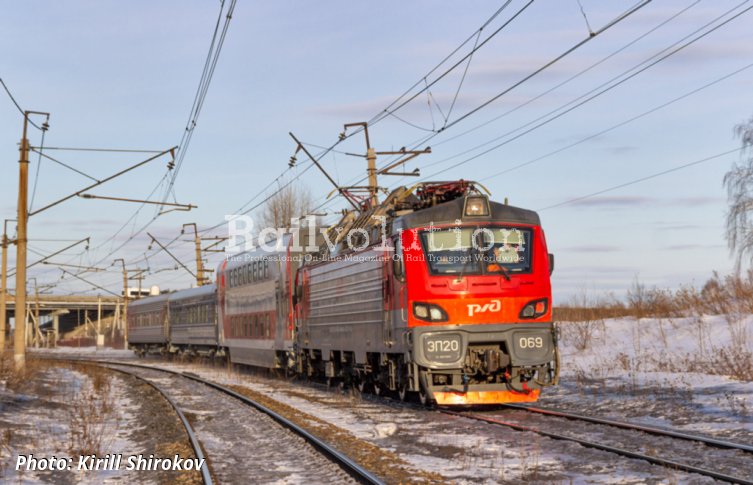 In February 2019, FPK (a RZD subsidiary for long-distance passenger service) awarded a large contract to TVZ for 3,730 cars for locomotive-hauled trains. The contract stipulates the supply of new types of cars, which are designated Vagon-2019, Vagon-2020 and Vagon-2023.

In the case of single-deck cars, the first new versions have already been launched, represented by a Model 61-4517 two-car unit from 2019 and a prototype of the innovated „platskartny“ car from 2020 with larger bodyshells built into the „T“ loading gauge, followed by a study of a new design of "platskartny" car.

Recently, tests of the new double-deck sleepers were carried out. The new Model 61-4523 and 61-4524 cars are also characterized by enlarged bodyshells. This is possible due to the fact that these cars, built in the usual „Tpr“ loading gauge, use the extended „Tb“ loading gauge in the upper part of the bodyshell.

At the beginning of November 2020, tests of the Model 61-4524 „shtabny“ (staff) car were the first ones starting on the RZD network, at the Belorechenskaya - Maykop „polygon“. Here, with the participation of specialists from the manufacturer and relevant authorities, various test runs were performed, including braking tests, vibrations, external noise, infrasound inside the car and EMC. These tests were completed in February 2021. The new „shtabny“ car will have 12 four-bed compartments and one compartment for a disabled passenger and his assistant.

The second one is the Model 61-4523.00 sleeper with 16 four-bed compartments. In March 2021 it also performed tests in the Irkutsk area, which also included runs with a Class TEP70BS diesel locomotive, which fed the car with a 3,000 V voltage.

The Model 61-4523 and 61-4524 cars are thus the third variant of the TVZ-built double-deckers: the existing sleepers have a square sloping roof in the upper part, while the seating cars have it rounded. Extending the flat part of the sidewall up to the roof makes it possible to increase the space for passengers on the upper deck, especially for the beds, in new cars: TVZ states that the new arching of the ceiling has brought about 30 cm more space.

The Model 61-4523 and 61-4524 sleepers will also have a new interior. It was designed by TMH Inzhiniring (TMH Engineering) in cooperation with Italdesign Giugiaro (which has participated in recent years also on the design of the Class RA3 DMUs and metro trains for Moskva, both produced by Metrovagonmash). The interior will use other colors, especially in light gray and brown tones. The existing beds were blue and their construction, which was supplemented on the partition between the compartments only by a strip of soft lining as a backrest, will be replaced by full-fledged seats with armrests.

There will also be personal safes for each passenger, as is the case with the latest single-deck cars from TVZ. The new sleepers have three toilets, one of which is equipped with a shower. From a technical point of view, important innovations are that secondary air suspension is used for the first time on the TVZ-built double-deckers, and that fixed two-car units connected by semi-permanent couplings will be created, which will allow the installation of sealed inter-car gangways and more efficient layout of the interior.

On 21 March 2021, the acceptance commission, formed by representatives of FPK, RZD and relevant organisations, accepted the results of tests of the described Vagon-2020 prototypes. Subsequently the batch production will take place as part of the February 2019 contract. Of the 3,730 cars on order, more than 1,100 have already been delivered to the operator.