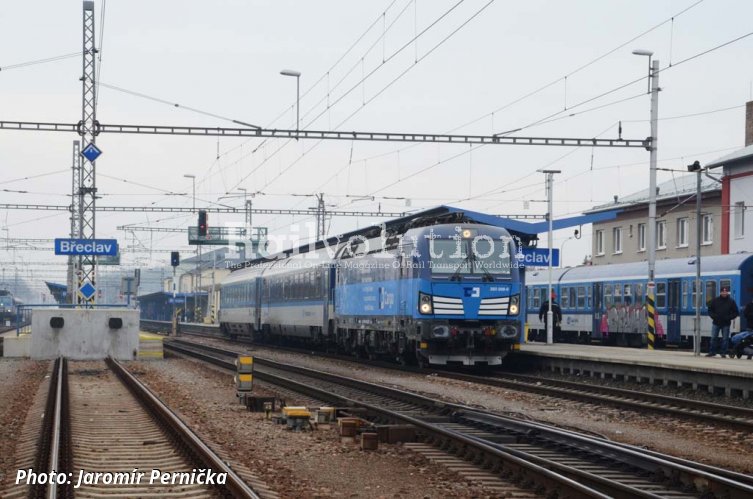 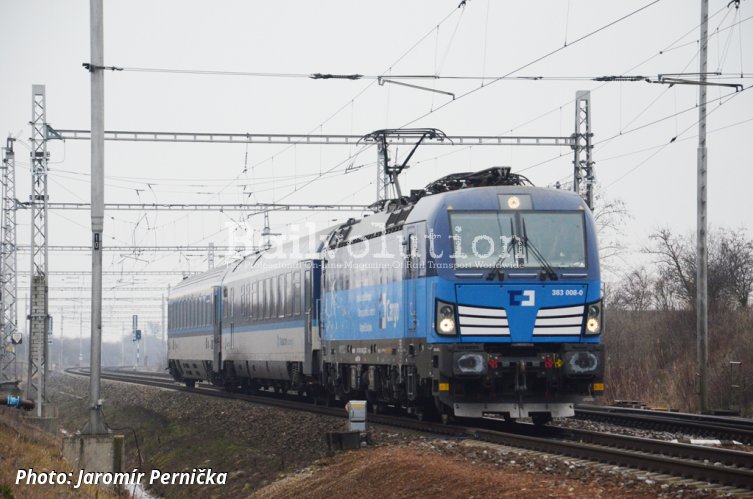 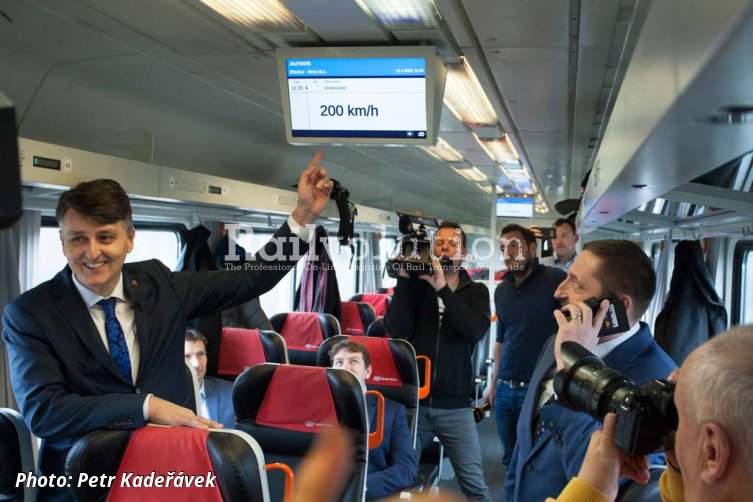 Today, a special train was traveling on the Czech network at a speed of 200 km/h. The run was organised by the Czech railway infrastructure manager Správa železnic (a new name since 1 January 2020, formerly SŽDC) between Břeclav and Brno, more precisely between Podivín and Vranovice (around 16 km) on the Czech first railway corridor (Břeclav - Brno - Praha - Děčín). The special run followed the inauguration of the modernised station building at Břeclav, its aim being to show the possibility of increasing the maximum speed on the Czech network to 200 km/h (at present a maximum speed is 160 km/h). Various stretches of line are considered to be ready until around 2025.