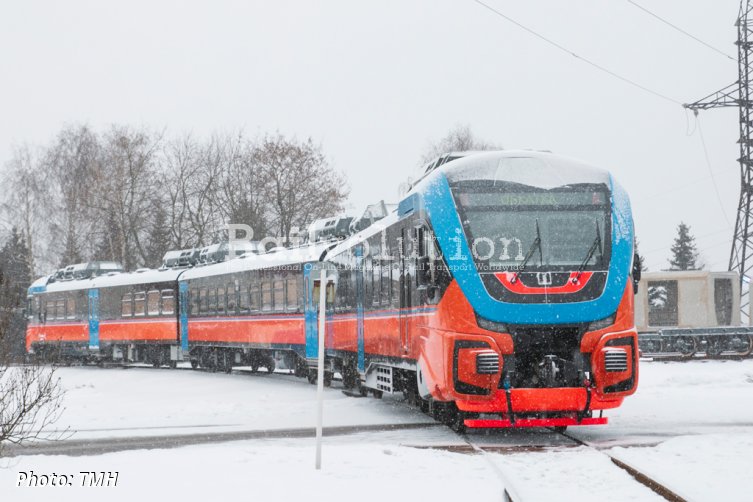 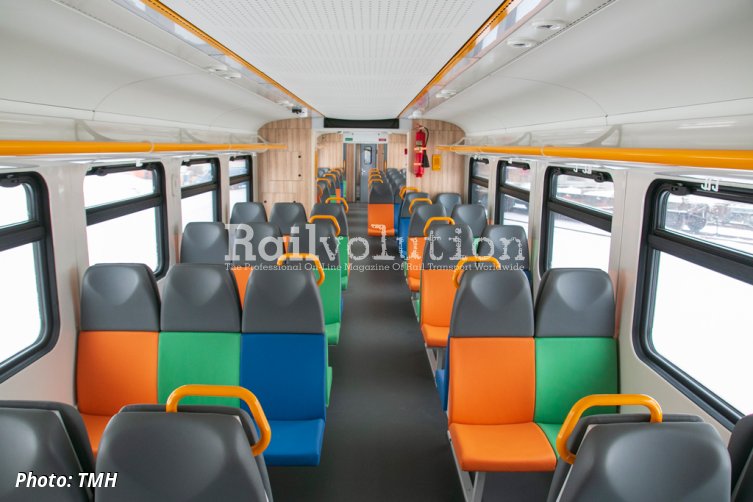 On 7 February 2020 Transmashholding announced that its new Metrovagonmash-built three-car Class RA-3 DMU successfully passed a complex of tests and received a certificate confirming its compliance with the requirements for the safety of rail transport according to TR TS 001/2011 standards.

The RA3 has evolved from the Class RA2 DMU, providing a higher standard of passenger comfort than the latter, and is available in formations of between two and six cars, with a 15 % greater seating capacity. Whereas the Class RA2s have a top service speed of 100 km/h, the RA3s are 120 km/h trains, and are fitted with crash absorption structures. The two-car version of the RA3 has a Bo’2’ + 2’Bo’ axle arrangement, the three-car one a Bo’2’ + 2’2’ + 2’Bo’ axle arrangement, and both are powered by two 360 kW MTU 6H 1800 R83P diesel engines with electric power transmission. The two-car train has a tare weight of 135 t, both versions having a maximum axle-load of 16 t. Two three-car trains can run in multiple. The interior has been completely redesigned, making use of the latest fire-retardant, easy to clean materials. Interior illumination is by way of LEDs.

The first order for RA3 DMUs was placed by TsPPK, this announced on 5 December 2018, and involving the construction of 23 trains, financed and owned by Sberbank Leasing. These, leased by the latter to TsPPK, are to be used on the operator’s non-electrified routes, with the first batch, 17 two-car trains, delivered between August and November 2019. The second batch, six three-car trains, is to be delivered by May 2020.

In February 2019 MVM presented the first prototype, RA3-001, which on 13 March was sent for preliminary and certification testing to VNIIZhT’s Shcherbinka. It was soon joined by RA3-002, both trains wearing TsPPK’s typical white and grey livery. On 22 July 2019 the RS FZhT awarded the Class RA3 its certificate of conformity with the TR TS 001/2011 standard.