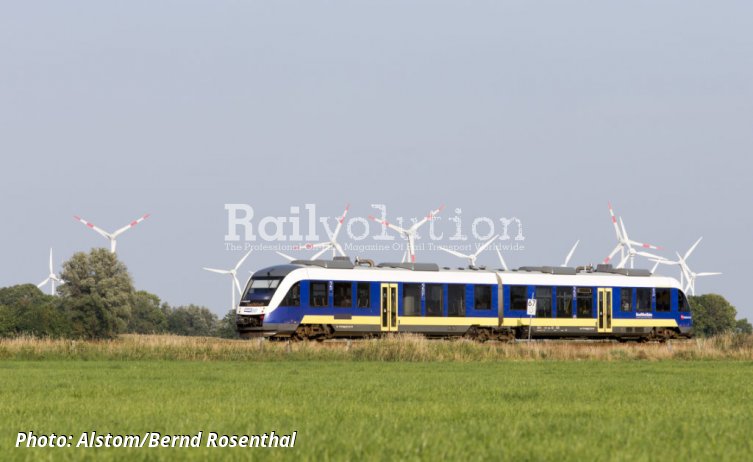 The research project „Automatisiert fahrende Regionalzüge in Niedersachsen“ (Automated regional trains in Lower Saxony) is entering the next phase. Together with the German Aerospace Center (DLR) and the TU Berlin, Alstom is developing technical solutions to gradually digitise rail passenger transport in Germany.

The project will explore the possibilities of automation in regional transport via the ETCS. The Landesnahverkehrsgesellschaft Niedersachsen (LNVG) supports the project and is providing two regional trains for the tests. Automated driving is being tested on routes in Northern Germany. While the Federal Ministry of Economics and Climate Protection (BMWK) is supporting the automation research project, Lower Saxony's Ministry of Economics is funding the necessary equipment for the two test vehicles with 5.5 million EUR.

For the trials, new systems for driverless operation are being developed in a first phase. This includes signal recognition, which will provide the ability to recognise and interpret the railway traffic signals along the track. In addition, the train must be able to recognise obstacles. In the event of a malfunction, the train is controlled remotely or guided by the train attendant.

Alstom has already demonstrated with test trains in other countries that automated driving and remote control of trains can be technically implemented. The project will determine whether the existing regulatory framework for Automatic Train Operation (ATO) could be adapted. It will then examine which tests and results are needed to sufficiently prove safety standards for automated driving in passenger operation.

In a second phase, automated driving must take place as a “living lab” under real conditions. The new systems will be installed in the two LNVG Lint DMUs pre-equipped with ETCS and tested in operation. The findings from development and operation will help to prepare for the later approval of fully automated trains and to further automate regional transport.

For the introduction of automated rail operations in the regional sector, DLR will identify both the operational requirements for the technology to be used later and the necessary adaptations regarding the manually operated vehicle today. In addition, the researchers will use railway operational and economic calculations to investigate how the automation solutions can be transferred to other regional lines. The aim is to derive recommendations for action for their equipment.

The "Automated regional trains in Lower Saxony" research project runs until September 2024, with the trials scheduled to start in summer 2024. The Lint numbers have not yet been determined, this decision will be taken next year. It is planned to execute the retrofit activities in Braunschweig.