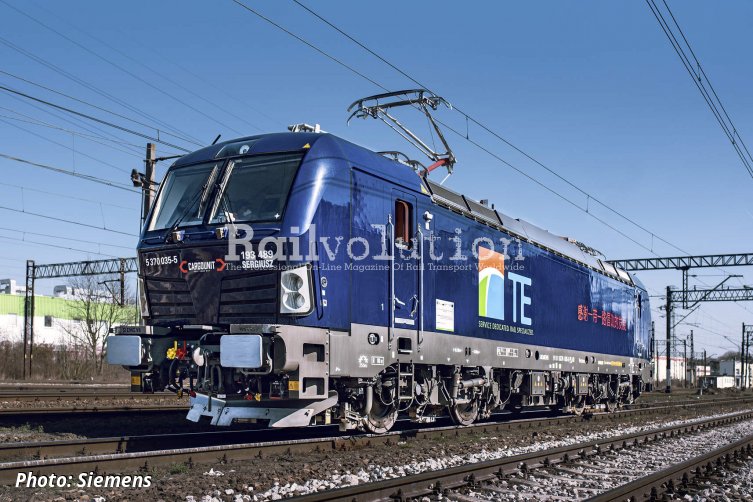 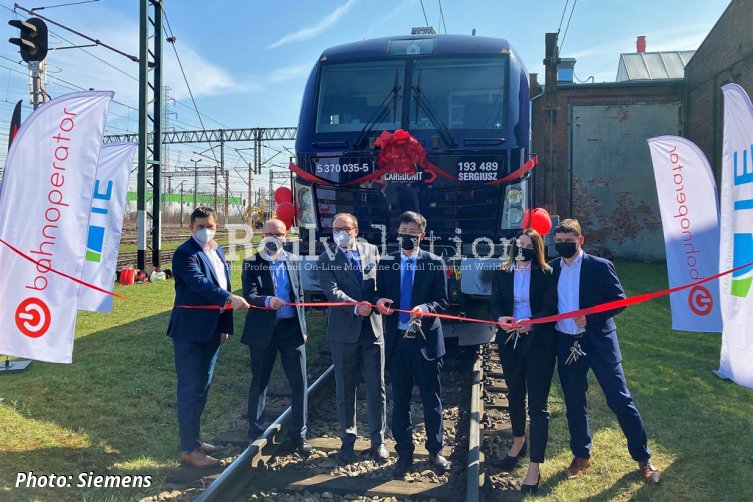 The polish Industrial Division (CARGOUNIT) vehicle pool received the first three of the five Vectrons it has ordered. They arrived in Poland on 18 March and were handed over to Bahnoperator Polska on the 31st of the month.

The latter is sister company of the German logistic provider TE Bahnoperator, which in turn is a subsidiary of Beijing Trans Eurasia Logistics. TE Bahnoperator is an established organiser of rail transport between China and Europe, but has not yet been active as a rail operator, so its transport orders are performed by various undertakings. Now, however, Bahnoperator Polska will start operating as a licensed operator and will thus start to provide some of its transport completely with its own capacities, using of these Vectrons - it has agreed to hire all five ones.

These are once again locomotives acquired using the Polish program for support of intermodal transport, which enables to cover 50 % of eligible costs from the EU Cohesion Fund through POIiŚ 2014 - 2020. This results in the locomotives being tied exclusively to be used in combined transport for the first five years of operation.