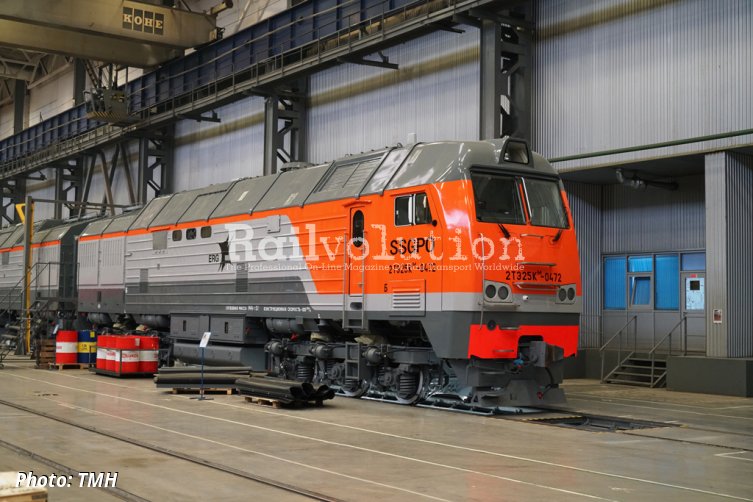 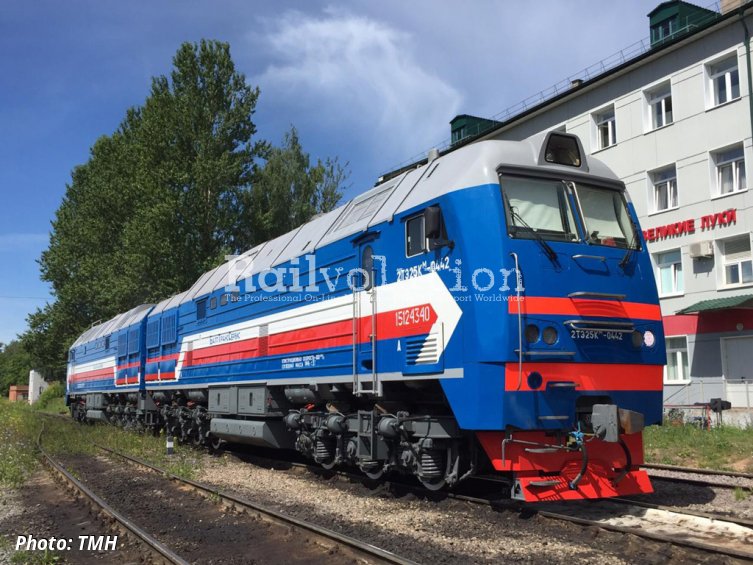 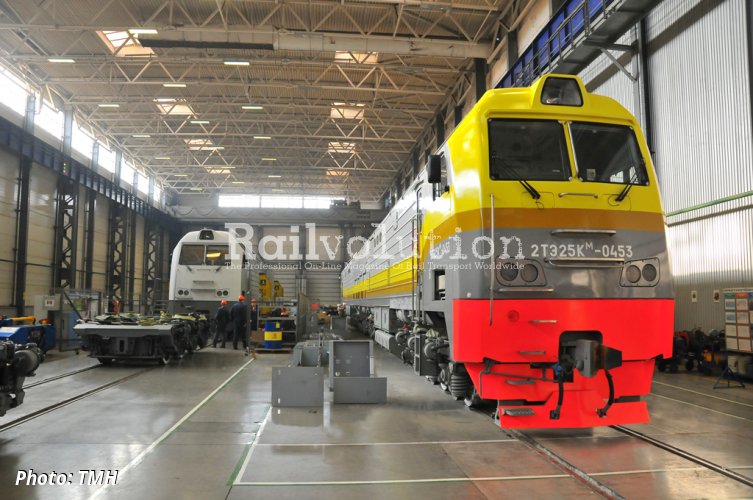 On 24 December 2019 the locomotive 2TE25KM-0472 built by BMZ was sent to Kazakhstan. It will be used at the Sokolov-Sarbai Mining Production Association (SSGPO), which is situated in the Kostanay region, in the north of the country. It is the largest iron ore enterprise in Kazakhstan’s mining industry, part of the Luxemburg-based Eurasian Resources Group (ERG). It has around 20,000 employees and produces annually 40 million tonnes of iron ore, 8 million tonnes of marketable iron ore concentrate and 7 million tonnes of marketable iron ore pellets. A new 2TE25KM two-section diesel locomotive is capable of hauling trains weighing up to 6,400 t.

While RZD is still BMZ’s main client, the manufacturer now has another users for its diesel locomotives. In 2019, BaltTransService (BTS) awarded the manufacturer a contract for ten Class 2TE25KM machines (0442 - to 449 and 451 with 452). BTS, part of the Globaltrans group, is one of the largest private railfreight operators in Russia and specialises in the movement of crude oil. Its activities cover not only Russia, but also other CIS countries.

The 100 km/h Class 2TE25KM locomotives are a variant of BMZ’s original Class 2TE25K Peresvet. „M“ in the designation stands for „modifikatsiya“ (modification), and „K“ stands for „kollektorny“ (commutator - with DC traction motors). The prime movers are Type 18-9DG, each rated at 2,650 kW, built at the Kolomensky zavod of Kolomna. By way of comparison the original Peresvet type has a top service speed of 110 km/h and two prime movers, each rated at 2,500 kW.

BMZ started building Class 2TE25KM machines in late 2014, the first being 2TE25KM-0001. The first order came from RZD in February 2015, for 68, BMZ having been granted a licence enabling it to build an initial batch of 250 of these locomotives. Following further qualification tests on the design, evaluating quality and technological characteristics, in October 2017 the licence was extended, to cover up to 400 locomotives.

By April 2019 all 400 Class 2TE25KMs had been built, most of them for RZD. Before then, because of the generally high demand for the Class 2TE25KMs, BMZ submitted a request for a Type A production licence, which would enable the company to build unlimited numbers of these locomotives; this was granted on 25 April 2019. It enables BMZ to respond promptly to market demand without any limitations, since the works has the annual capacity to build up to 300 sections of main line locomotives.