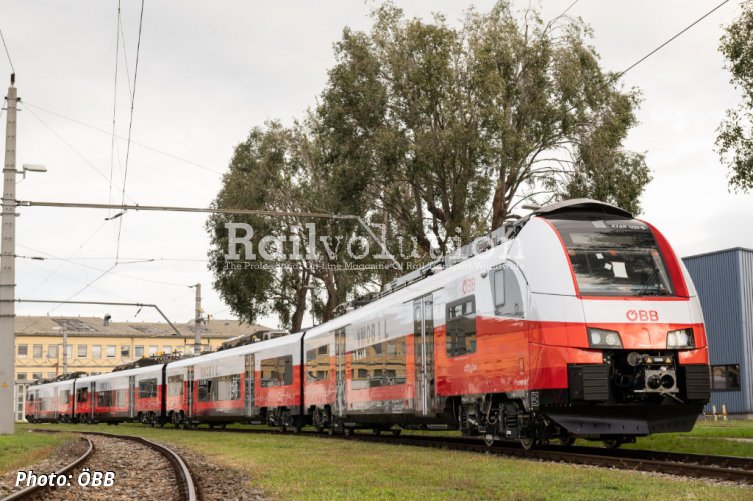 At the timetable change in December, the first new Desiro ML EMUs will be introduced into passenger service in Vorarlberg. ÖBB is currently preparing for the start of operation of the new vehicles. Among other things, extensive training measures are planned for ÖBB staff in the workshops as well as for the drivers. For the training courses, two Talent 1 EMUs will be taken out of diagrams from 10 October to 10 December 2022. They will be transferred to the eastern region in exchange for Desiro ML sets.

In 2021, ÖBB has concluded a framework agreement with Siemens for Desiro ML EMUs to replace the 46 cancelled Talent 3 Class 4758 EMUs. ÖBB has ordered as first 21 for Vorarlberg in August 2021, then 20 for Tyrol in September 2021, and in March 2022 the remaining five, which will be shared by the Länder of Salzburg and Tyrol.

The four-car Desiro ML was first developed for ODEG and has already been approved for operation in Germany and Austria. So far, none of them have been delivered to ÖBB. Delivery will begin in December and at the start of the 2023 timetable two 4748s will come to Vorarlberg, one of which will go into passenger service.