Concepts For The New ICE Generation 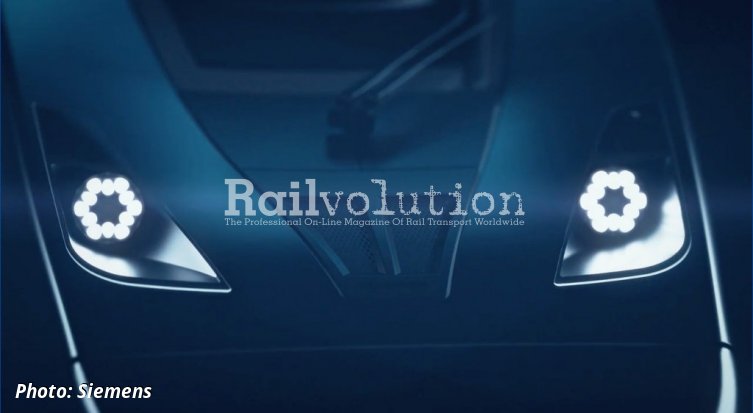 On 15 November 2022, Deutsche Bahn announced that it had commissioned Alstom Transport Deutschland and Siemens Mobility to independently develop concepts for Germany's new high speed trains 3.0 (HGV 3.0, Hochgeschwindigkeitsverkehr) following a tender process, but in both cases this is to be done in cooperation with DB. The new trains, with a maximum speed of at least 300 km/h, are intended to replace the ICE 3s and expand the ICE fleet in view of the growing number of passengers.

Once the development of this concept is complete, DB expects a further tender to follow in the second half of 2023. This will then include the development, design and authorisation of the new train type and is expected to be open to other manufacturers. A total of 25 to 100 trains are to be delivered, the first of which are expected to enter service in December 2031.

Alstom Transport Deutschland added that more than 100 engineers specialising in high-speed trains will be involved in the project, its team largely consisting of employees from the Hennigsdorf (ex-Bombardier Transportation), La Rochelle and Saint-Ouen sites.

Siemens added that „The form of cooperation is forward-looking: rather than delivering a specific catalog of requirements, the most important features of the new generation of ICE trains will be developed in close cooperation with the customer. (...) Through the holistic approach of this partnership, the specific needs of the operator as well as passengers will be aligned with state-of-the-art technologies. This will help foster new ideas that make rail travel even more attractive, comfortable and convenient.“

The contract described above has its roots in the summer of this year, when DB announced that it planned to procure a new generation of trains with a top speed of at least 300 km/h as part of the HGV 3.0 project, which are due to be in service from the early 2030s. The new fleet is to "contribute significantly to the realisation of the German clockface timetable (Deutschlandtakt) as part of the Starke Schiene (Strong railways) project and will form one of the pillars of high-speed transport until 2060."

To this end, DB Fernverkehr launched a market consultation on 13 June 2022 with a preliminary call for tenders in the Official Journal of the EU. The aim was to award the contract for the development of two HGV 3.0 train concepts to two different manufacturers. Requests to participate had to be submitted by 14 July 2022. The new HSTs are to be single-deckers with a maximum length of 400 m and a minimum of 944 seats.

The train is to provide barrier-free access at 760 mm high platforms with at least one door on each side of the train, similar to the new ICE L "high speed trains" (with a maximum speed of 230 km/h). As stated by a DB manager at the presentation of the first Talgo 230 car for ICE L on 14 September 2022, a technical solution is being sought for level boarding at 760 mm above the rail top for high-speed trains, as the main obstacle is the floor height above the powered bogies with wheelsets of 1,040 mm diameter (when new). Therefore, the manufacturers who have signed up to the HGV 3.0 project want to work with DB on this solution.

In addition, DB requires an internal car width of at least 2,870 mm in the height of 1,670 - 1,815 mm above the top of the rail, and for on-board catering a promising concept with high reliability and simple and fast maintenance. The HGV 3.0 operation area covers Germany, including Basel SBB and Salzburg stations. A change of travel direction must be possible within three minutes.

In the market consultation of June 2022, DB required that potential suppliers of HGV 3.0 trains must demonstrate that they have achieved a turnover of at least 500 million EUR in the rolling stock sector in the last three years. In addition, DB requested a list of references of all approvals of high-speed trains (200 km/h or more) since 2010 in Germany, an EU Member State, Switzerland or the United Kingdom. The references must include at least one train with a speed of at least 300 km/h and two trains with a speed of at least 200 km/h. The applicant must also have 500 or more full-time jobs in research and development.

A little Look Back

In the context of all this, the "revelatory" sophisticated formulations about a holistic approach, whereby the most important features of the new generation of ICEs will be developed in close cooperation with the customer, are slightly amusing. In reality, this is not a new discovery, but merely a throwback to the (not-so-distant) past, when manufacturers discussed in detail with operators the shape of future vehicles right up to their ordering, manufacture and delivery, and when the then (state) railways were the system integrator with operational experience.

This is a return to the practices that were common before the introduction of those "catalogues of requirements" for new vehicles in connection with the liberalisation of rail transport in Europe (this is not to say that liberalisation of rail transport is bad!). Specifically in Germany, this is the period before 1994, when the 'Bahnreform' was introduced.

This change in the rules on the railways led, among other things, to the fact that when tenders were called for vehicles, the requirements were drawn up from a simple, as short as possible list of the functions to be fulfilled by the vehicles (Lastenheft, Requirements specification), so that the selection of a supplier could be made as simple as possible, preferably by simply selecting one of the manufacturers’ vehicle platforms (probably similar to the USA, for example, where diesel locomotives are built by two main companies and are in fact selected from a catalogue).

The earlier role of expert discussions over technical documentation and drawings has been taken over by "impressive" Power-Point presentations and many tenders in Europe have been taken to a literally perverse "perfection", where the main if not the only criterion is the purchase price of the vehicles....

So now DB has embarked on a path of working closely with potential suppliers of HGV 3.0 units that „... the new generation of ICE trains will be developed in close cooperation with the customer. (...), and the specific needs of the operator as well as passengers will be aligned with state-of-the-art technologies." However, it is somewhat unclear how DB envisages the next tender in the second half of 2023 for the development, design and approval of the new train type to be open to other manufacturers.

We therefore asked the operator whether this means that Siemens and Alstom will (in cooperation with DB) develop a new concept for six months, but anyone can still enter the tender announced in the first half of 2023? And that DB will treat such bid just as seriously as Siemens and Alstom and that his offer of a different train will still be equivalent? If so, then what is the sense of the agreements with Siemens and Alstom to cooperate in the development of a completely new HGV 3.0 concept?

We also asked DB whether the contracts with Alstom and Siemens for the development of the new ICE train concept have any value (in millions of EUR)? In other words, does DB pay these companies anything when they participate in the HGV 3.0 concept design work? Or is it just a general agreement to cooperate with DB and each of the two companies pays for the (co)development costs in the hope that their concept will win and the costs will be reimbursed?

DB answered us: "A joint vehicle concept development by DB and renowned manufacturers enables us to check our requirements for a train that will not enter service until the beginning of 2030 for realisation possibilities. We then plan to place another tender on the market. This follow-up tender is expected to start in the second half of 2023 and will include the actual development, construction and approval of the new ICE generation.

So it is not the case that we will implement the concepts that are being developed now one-to-one later. Two separate tenders allow us to make further adjustments, and we also ensure that the second tender is open to other market participants. At the same time, by developing one vehicle concept each with two different manufacturers, we can optimally contribute our expertise as the operator of one of the world's largest high-speed fleets to the development of the new train generation.

Manufacturers which took part in the tender and were selected will receive a remuneration with which DB will contribute to the costs of the concept development. We do not comment in detail on the amount of the remuneration."